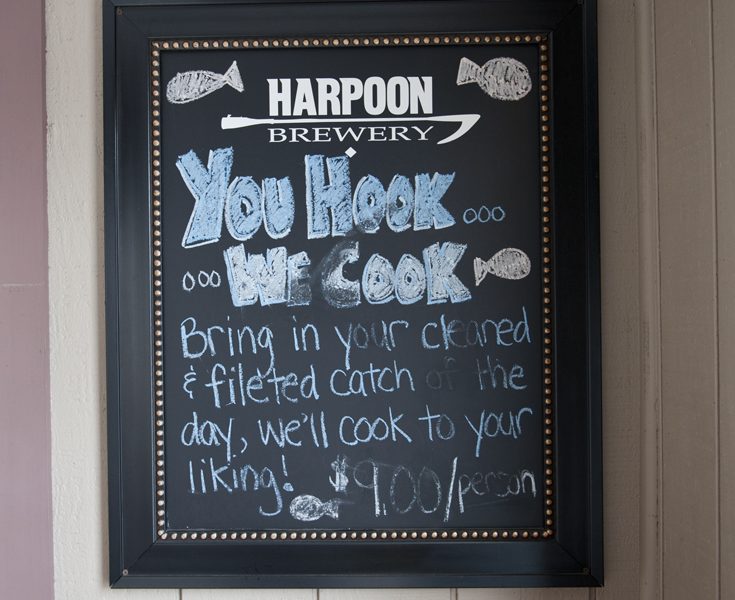 After several days of meetings, it felt great to finally get out and wet a line at the tail end of our business trip to southern Florida.

Back at the dock of Hawks Cay Resort in the Keys, the mate of the Tailwalker handed over a big bag of yellowtail snapper fillets with a smile. “Take these up to the restaurant, and they’ll cook them up for you,” he said.

The thing is, we’d eaten at the resort restaurant two nights in a row, and while the food was great and the fine-dining atmosphere was very nice, I explained to him that we were looking for something a little more laid-back.“Where would you go,” I asked, “If these were your fillets?”

An hour later, we were seated at the bar of the Castaway at the southern tip of Marathon. It felt a little strange to hand a dripping bag of ice and fillets over to the bartender while placing our drink order, but it’s commonplace down in the Keys. There was even a section of the menu dedicated to “you catch’em, we cook ‘em” that offered a selection of cooking styles and sides. 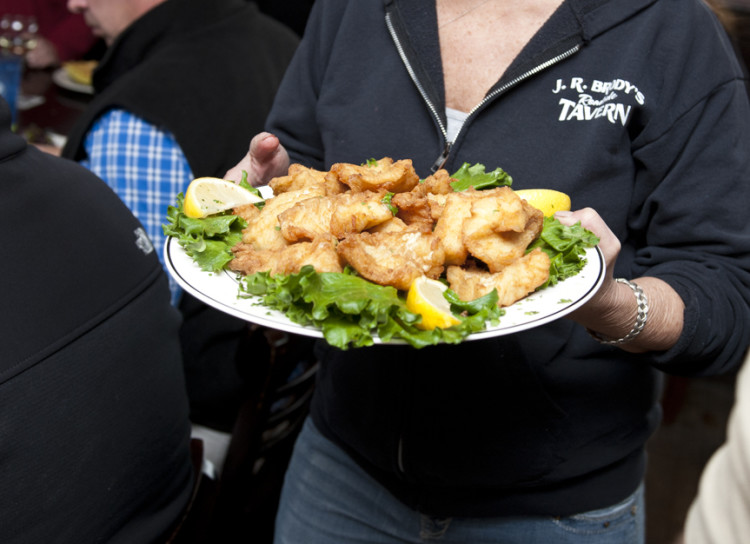 After some advice from the restaurant owner, John Mirabella, who stopped by to chat about fishing (John personally catches some of the seafood served in the restaurant), we settled on a sampler platter of three different styles and sauces and settled in with a couple of margaritas.

It was a slice of heaven. The snapper, which had been swimming in the Atlantic that afternoon, was fantastic. In between shoveling down mouthfuls of the restaurant’s signature “Snapper Mazatlan,” we praised the idea of restaurants cooking fresh fish for fishermen, and wondered why the “you catch it, we cook it” option, which is so popular in the Keys, is almost unheard of in coastal restaurants back in the Northeast. 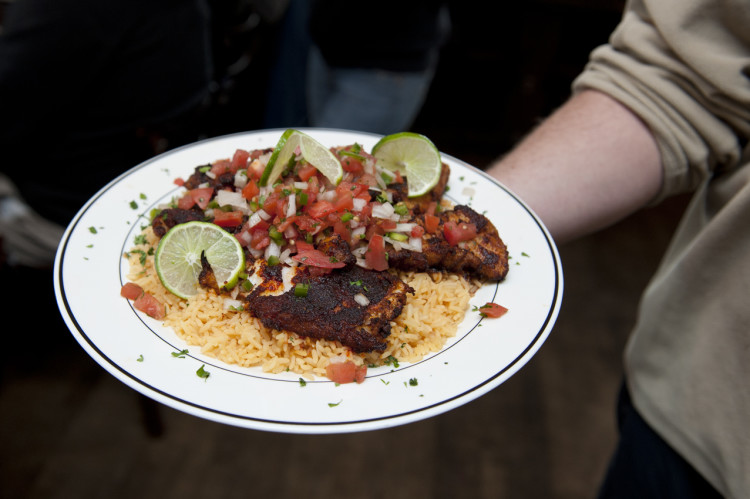 A little research turned up some restaurants in the Northeast that do offer to cook fish fillets that fishermen bring in, but they are few and far between. We heard recommendations for Zeke’s Place in Gloucester, MA; Bahrs Landing in Highlands, NJ; the Gulf Coast Kitchen at the Montauk Yacht Club in NY; Wok N’ Roll in Montauk, NY (famous for giving fillets the General Tso’s treatment); and J.R. Brody’s in Falmouth, MA on Cape Cod. 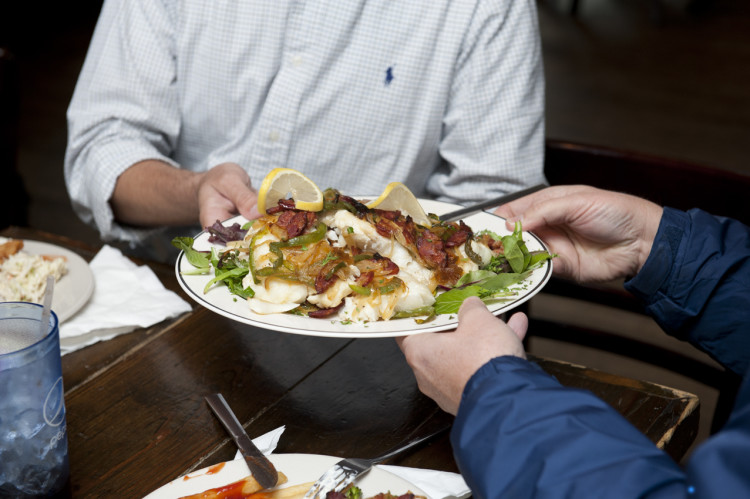 J.R. Brody’s also happens to be close to On The Water’s main office in East Falmouth, so after a recent cod trip had us flush with fillets, we headed over for an impromptu staff meeting. The feast was epic, and only further convinced us that “you catch, we cook” is a trend that needs to grow in the Northeast.

Do you agree?  If you know of any restaurants that offer a “you hook, we cook” menu, please add them to the comments below.