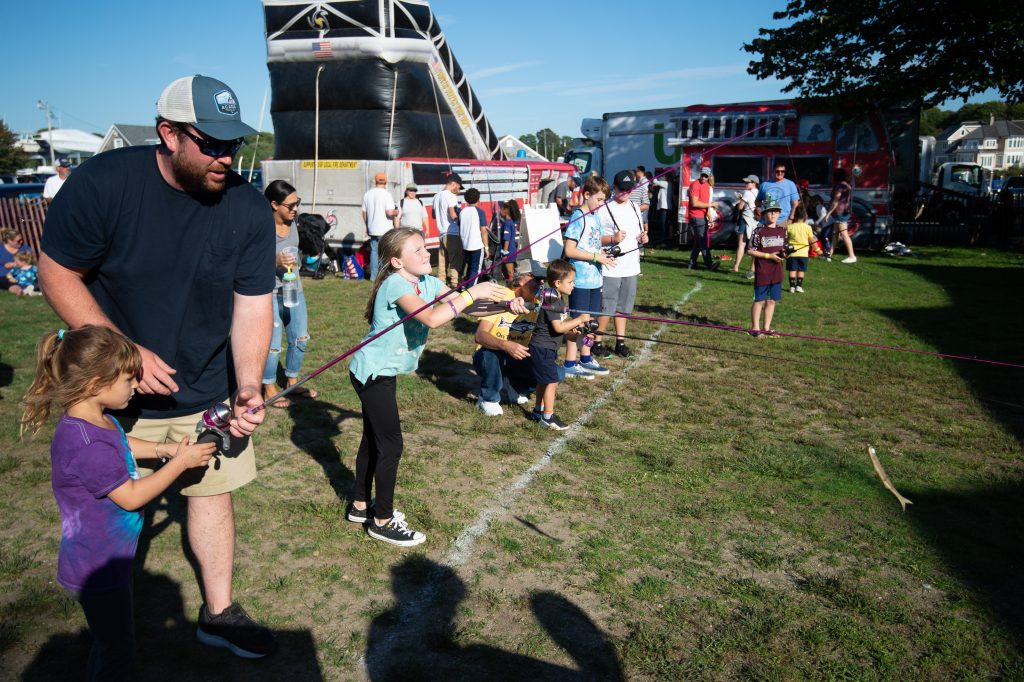 Since 2012, the Commonwealth of Massachusetts has been charging anglers $10 to fish in salt waters. On an annual basis, fishing license revenue generates $1.5 million for the state, helping support projects like public access, the Marine Recreational Informational Program, artificial reefs, information and education, diadromous fish, and striper research. The assistant director of the Divison of Marine Fisheries (DMF), Mike Armstrong, laid out all of these projects for us in an interview and explained how the license came to be.

The license conversation in Mass. began in 2011 when the federal government decided there needed to be a more accurate database of anglers to calculate the number of trips fishers were taking. The states were given two options to solve the problem: the federal government would charge anglers a $15 fee, and the states would receive no funding, or the states could create their own license and use the money however they see fit. The states chose the latter and now report their license data back to the feds.

Once the decision to create a license was made, the Division of Marine Fisheries assembled a panel of volunteers made up of local anglers, bait and tackle workers, charter captains, and other similar-minded folks within the industry. The DMF then proposed their plan for the department to the panel, and a $10 license fee was agreed upon. The group of volunteers serves as a check and balance by annually approving the budget the DMF proposes making sure that the plan for any given year is maximizing opportunity and maintaining Mass. fisheries.

The Mass. saltwater license fee is the second cheapest in the country behind Hawaii at $5. For some perspective, the most expensive license is California’s at $52, and the majority of other license fees range from Maryland’s $15 charge to Texas’s $35.

After the price was agreed upon the board also decided that a third of the revenue would be dedicated to public access for recreational fishing. The fee and plan for the license were then unanimously passed through the Massachusetts Senate. Within the legislation, it was explicitly stated that all revenue generated from the saltwater licenses would be solely dedicated to benefiting recreational fishing efforts. In our conversation, Mike explained how much money is allocated to each project on a yearly basis and that this number varies year to year based on license sales and donations. The numbers he spoke to me about are the proposed and agreed-upon funding for the 2022 budget.

Public access is where the majority of the licensing budget goes, and there is no shortage of projects the division of marine fisheries wants to pursue. Public access covers anything from building and repairing fishing piers to maintaining, cleaning up, and lighting boat launches and docks. With nearly half of the marine fisheries department’s budgets going towards making the water more accessible, the DMF is dedicated to creating as many opportunities as it can for anglers.

The department recently finished Deer Island Pier, located off of Tafts Avenue in Winthrop. The pier is now open and it’s a great way to see your license dollars at work. You can also see the DMF’s completed access projects at Mass.gov to keep up to date on new opportunities in your area.

MRIP is how the DMF keeps track of the number of different species being caught in MA. Surveyors intercept boats returning from trips and meet up with charter boat captains to ask how many fish they caught and what kind. The collected information helps the department determine how many fish are caught per day based on the species being assessed. Surveyors also ride along with head boats to keep track of these numbers and enforce regulations. The program is run by the federal government and carried out by the states. About three fourths of this project are remimburesed by the federal government because they establish the cost of the information they require the states to report to them. The remaining fourth of the 377,059 is license revenue the DMF puts towards making MRIP more efficient. Without the current funding the efforts for the program would operate at about half the capacity they currently do. All of the allocated money allows for a much larger sample size to be taken, ensuring the yearly catch estimate of all species to be as accurate as possible.

Artificial reefs are another great recreational fishing project that the DMF has taken on. There are currently five artificial reefs in MA: Harwich, Yarmouth, Dartmouth, and two in Boston Harbor (Brewster Island & Sculpin Ledge). These reefs have hundreds of more acres permitted and are ready to be added to. The department also saves money by offering businesses to drop off their “junk” materials for free. The DMF then uses these materials, like concrete and granite, to build their reefs.

These reefs are another way the DMF has committed its efforts to recreational fishing because commercial boats are not allowed to fish on or near any of them. These spots have become productive fishing holes where anglers can find black bass, tautog, flounder, scup, and sea robin.

The information and education project has an emphasis on getting children involved with fishing and learning about saltwater habitats. The DMF does this by holding classes and printing books. They also create a lot of  “how-to” video tutorials and pamphlets on rigging terminal tackle, catching striped bass, and more. Recently they also set up a training program for adults to teach their own informational classes to children. Lastly, they give out small angler grants to organizations or people holding events related to fishing. Some of those events include fishing club barbecues, educational event flyers, and other educational or fishing event costs.

With over 80 herring runs and a handful of diadromous species in MA, all of this money goes to maintaining runs and studying the different species throughout the state (herring, American eel, rainbow smelt, American shad). These fish are subject to ups and downs in their population due to their environment, and it is key to Mass. fisheries that tabs are kept on them. The DMF conducts spawn research and general net monitoring of runs to maintain a grasp on the status of all these species. The diadromous fish and the data collected by the DMF are integral to recreational fishing because healthy stocks of these species ensure anglers that there is an abundance of bait for their favorite catches like stripers and bluefish.

The DMF is also currently doing a research study on terminal tackle and striped bass mortality. The study is being conducted in Beverly harbor, where the DMF is catching, tagging, and releasing stripers. Before tagging the stripers, they placed acoustic receivers all over the harbor that ping the movement or death of any tagged fish. The purpose of the study is to see what the most effective hooks are for a safe catch and release.

The DMF has been figuring this out through testing different hooks, hook sizes, and hook gauges. By getting a large sample size of fish, they will determine the best all-around hook to minimize striper mortality post-release.

The DMF has a long list of projects they are ready to work on but have a constrained budget to do so with. There are endless public access opportunities and 100s of acres of seafloor ready for reefs to be dropped on them. However, they have to put many of these projects on hold due to prioritization and a limited budget. Even with its limited budget, the DMF makes the best of its funds year in and year out, providing ample opportunities for recreational anglers. The more license revenue and donations the DMF receives, the more they will do and the quicker they will get it done. I hope that seeing how much work goes into the betterment of saltwater fishing through the DMF and the guarantee of where the revenue is spent reassures you on what you are buying into when purchasing a license. The chairman of the recreational panel, Captain Kahlil Boghdan put it best when he said “This is not just another tax, it’s a fee that goes back to anglers. We are trying to improve fishing for them.”