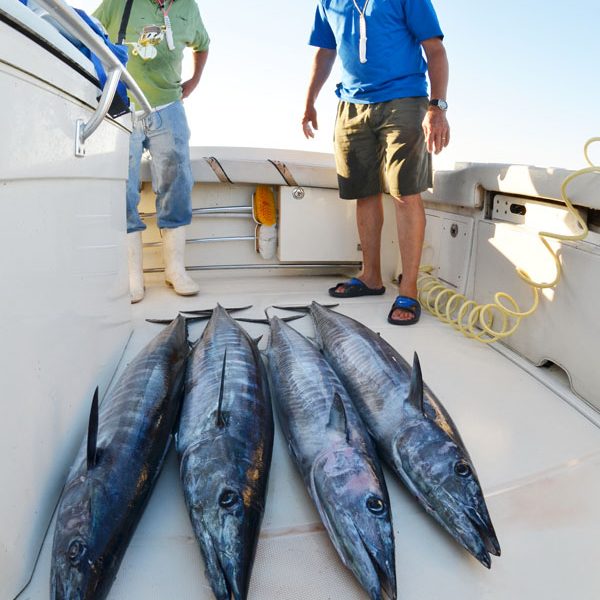 Lately I’ve been in a bit of a fishing “slump.” Aside from a few dozen quahogs, my fishing efforts have been striking out as of late. Fortunately, I work with a bunch of other good fishermen, and sometimes their good luck carries over to my refrigerator.

On Monday two of my co-workers (Chris Megan and Matt Rissell) were lucky enough to catch four nice wahoo on an offshore trip with Jon Pilcher, while filming for OnTheWaterTV (should be a great episode). Wahoo are an incredible fish. Rare visitors to our offshore waters, they are true predators equipped with blistering speed and a nasty set of dentures. They are a prized catch for offshore anglers, and the fact that they managed to land four of them is quite an accomplishment. Luckily for me, it also meant there would be enough fillets to go around the office.

I’ve never been fortunate enough to dine on wahoo. When I heard about their remarkable trip, my taste buds lit up as they revealed three large, glistening fillets, each weighing 10 to 15 pounds. They had returned with the motherlode of fresh wahoo, carefully packed on ice, and bless their hearts, they were willing to share it with everyone in the office.

At the end of the day we gathered in the office kitchen. I wielded the fillet knife and carefully divided up the fillets into eight packages. Everyone went home that night with a bounty of fresh wahoo, and high hopes for a delicious dinner. 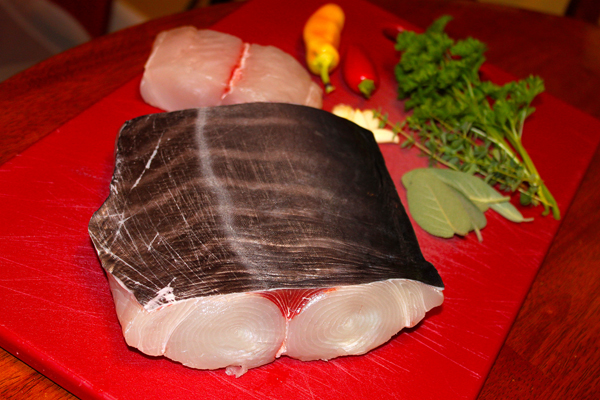 After reading up on wahoo recipes online, I decided grilling was the way to go, and I improvised a marinade with ingredients I had on hand. Here’s what I came up with. Serves 2. 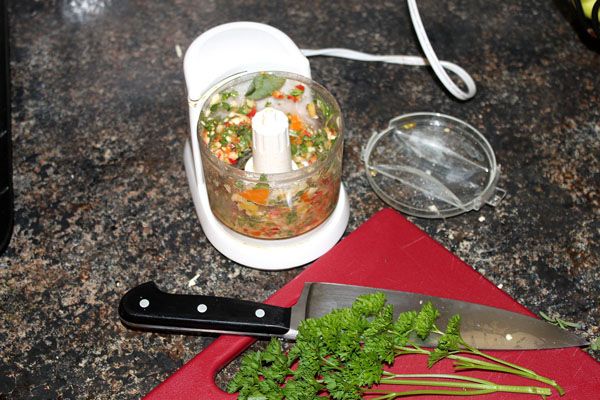 STEP 1:  Mince all of the hard ingredients. I use a mini-food processor made Proctor Silex. This is a great kitchen tool that costs less than $15. 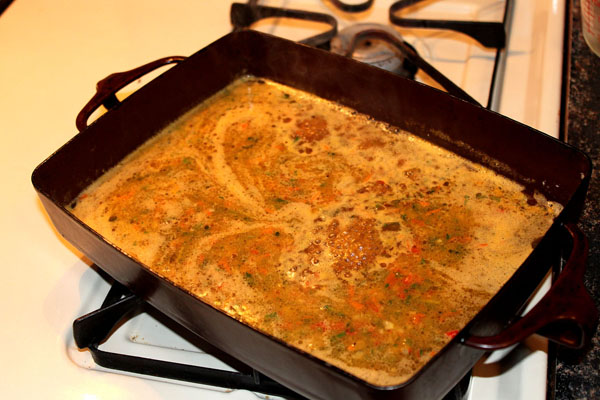 STEP 2: Melt the butter on the stovetop in a metal baking pan.  (Most of the butter will burn off on the grill, so don’t worry about the large amount, and don’t substitute with margarine.)  Add the remaining diced ingredients, raise the heat, and boil for 1 minute. This will infuse all the flavors in with the butter. Remove from heat, and cool for 10 minutes. 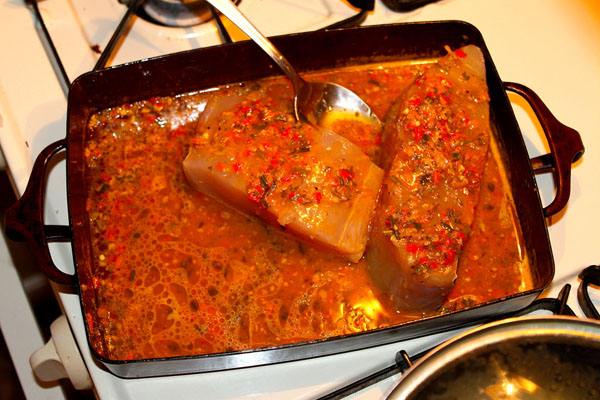 STEP 3: Now add your wahoo steaks and marinade for about 20 minutes. You might need to warm up the pan occasionally to keep the butter from solidifying. Turn the steaks frequently and baste with a spoon. 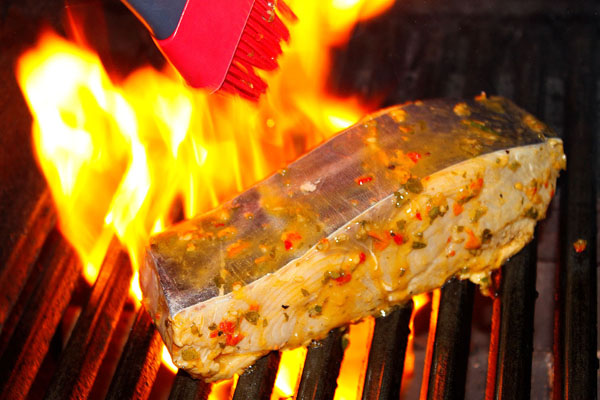 STEP 4: Fire up the grill and get her red hot. Scrape the grates well, and oil them right before firing the fish. Start the steaks skin side up, and grill about 4 minutes to get a good sear. Continuously baste them with the additional marinade. The butter will cause intense flare-ups, which helps get a good sear. Flip them over, lower the heat to medium, close the grill and cook for another 5 to 6 minutes. You want the steaks to be served medium; just barely cooked through with just a hint of pink in the middle. Add a small pad of butter on top just before serving. Butter makes it better!! 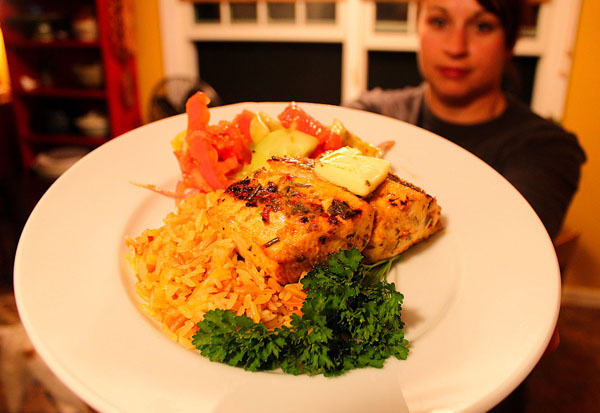 The finished product was an incredible dish. Wahoo has a distinctive flavor and texture I would describe as a cross between mild albacore tuna and swordfish. Overcook it, and it becomes tough, but if you get it just right, it will be moist and succulent. By far, one of my favorite seafood dishes this year. This same recipe would work well with striper, mako, swordfish and tuna.

I urge all of our readers to considering the importance of sharing your catch. I would like to thank Chris for not hoarding all those good eats, and sharing them with the crew.