Filming Season 18 of On The Water’s Angling Adventures in 2020 had no shortage of challenges. With last year’s travel restrictions at their height for most of our prime fishing season, we leaned on the incredible fishing that surrounds Cape Cod, and planned our travel shoots carefully.

One of the highlights of Season 18 was Fishing Historic Upstate NY, an episode that features the world-class fisheries in western New York, along with the history of the Erie Canal. Bill Sweitzer of the New York Canal Corp showed us some historically significant spots along the canal system including the locks that still lift and lower barges, boats, and kayakers.

Between the monster carp lurking just outside metropolitan Syracuse, and the outstanding salmon and trout fishing in the Lake Ontario tributaries, the OTW crew had the opportunity to catch the tail-end of another one of New York’s excellent fisheries–lake trout on the finger lakes. 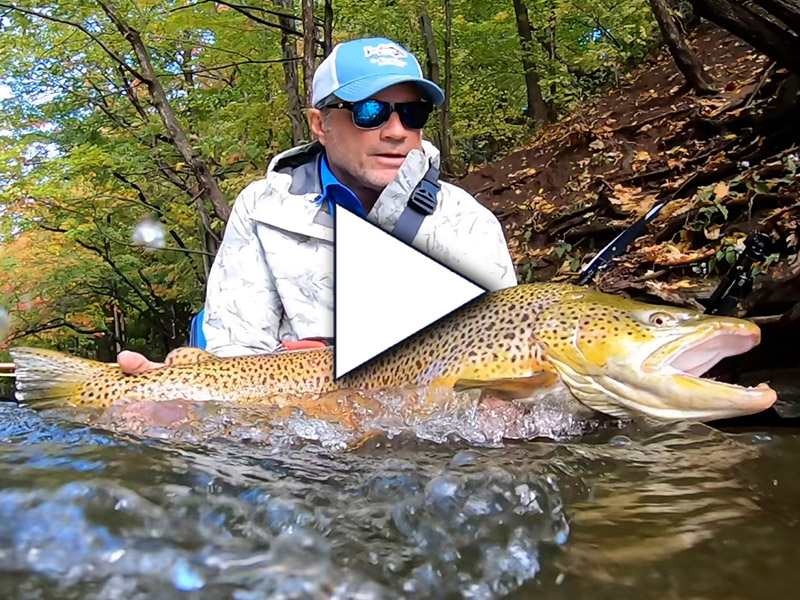 Check out the full episode above to watch On The Water’s Chris Megan battle giant carp, and the brown trout of a lifetime.

The most memorable part of this portion of the show was getting to the fishing grounds. We traversed the Cayuga-Seneca canal to access Seneca Lake and passed through Stiver’s Marine on the way. There, we pushed off with Captain Steve Japp. Though we were well outside of lake trout prime-time, but still managed to put a fish in the boat in short order.

Seneca Lake is a tremendous warm and coldwater fishery. It’s the largest of the Finger Lakes and has even been touted as the Lake Trout capital of the world. Every year, Stiver’s Marine hosts the National Lake Trout Derby, which has been going on for more than 50 years!

Stivers Seneca Marine is a great starting point for exploring the Finger Lakes region. The folks at Stiver’s were even kind enough to grant the OTW TV crew a stay on their houseboat during our multi-day shoot for the full-length episode.

• For more information about Stivers Seneca Marine visit them on Facebook or the web.