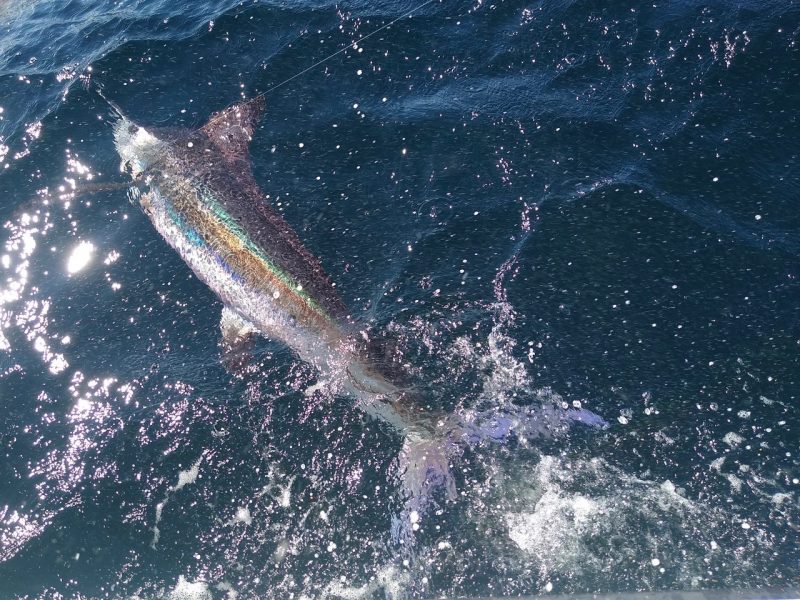 Captain Bobby Rice, of Reel Deal Charters, out of Truro, Massachusetts, was swimming a live mackerel on the surface off Provincetown, targeting bluefin tuna, when a surprising species took the bait.

When the rod went off, no one  expected to see a marlin vault out of the 64-degree water with the 8/0 circle hook in its jaw.

With 28 pounds of drag pressure, it took a little less than 20 minutes to subdue the billfish. When the fish came boatside, the crew identified it as a white marlin, and a big one at that.

The Massachusetts state record white marlin stands at 131 pounds, caught off Nantucket in 1982, and though Captain Bobby thought this wayward billfish may have challenged the record, he set it free.

White marlin occasionally follow plumes of warm water inside the canyons to the waters just south of Nantucket and Martha’s Vineyard, but a marlin off Provincetown is extremely rare. 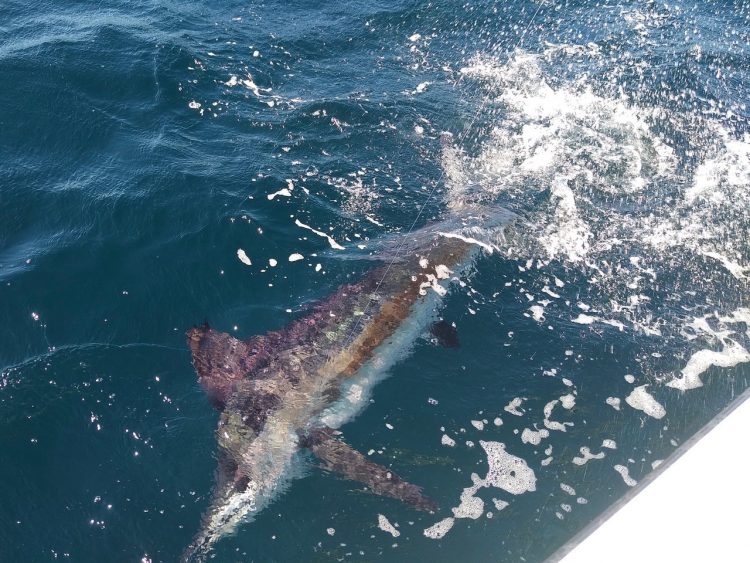 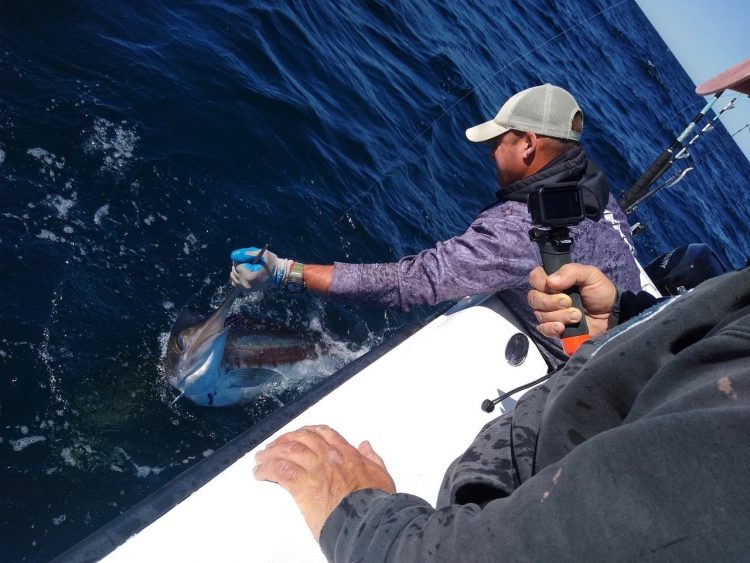 But, it’s not the first time a billfish made a surprise appearance on the Cape in recent years. In 2013, a sailfish was caught in the East End of the Cape Cod Canal.