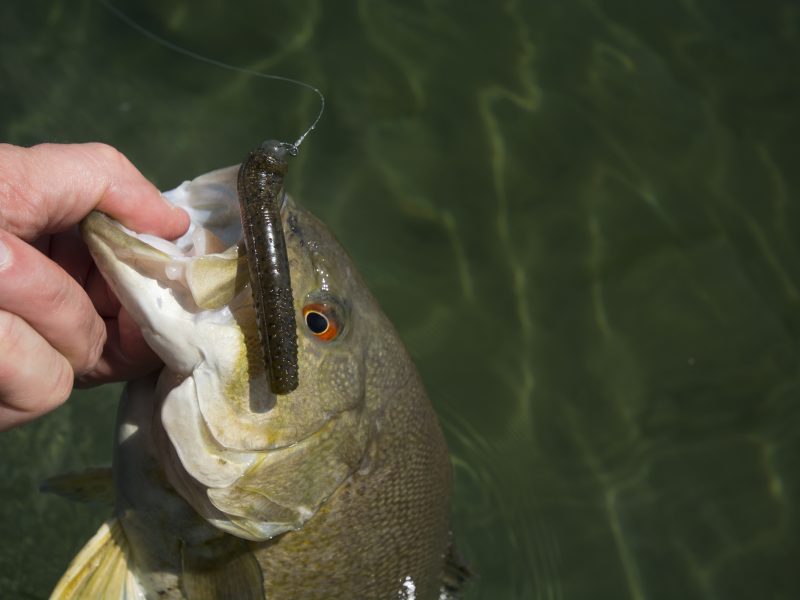 October 12, 2006 was a fateful day for Kansas outdoor writer, Ned Kehde. He cut a 5-inch Strike King Zero stickbait in half and rigged it on a 1/16-ounce Gopher Mushroom Head Jig with a size 4 hook. He gave the other half of the bait to his fishing partner, and the two of them proceeded to catch 109 largemouth bass, 2 wipers (a white-bass-striper hybrid), 1 walleye, and 1 channel catfish within four hours. With that, the Ned rig was born. “From that day on, the 2½-inch Strike King Zero and now the 2½-inch Z-Man ZinkerZ have become an integral part of Midwest finesse,” Kehde said. While created more than a decade ago, the Ned rig is one currently of the hottest baits in bass fishing. 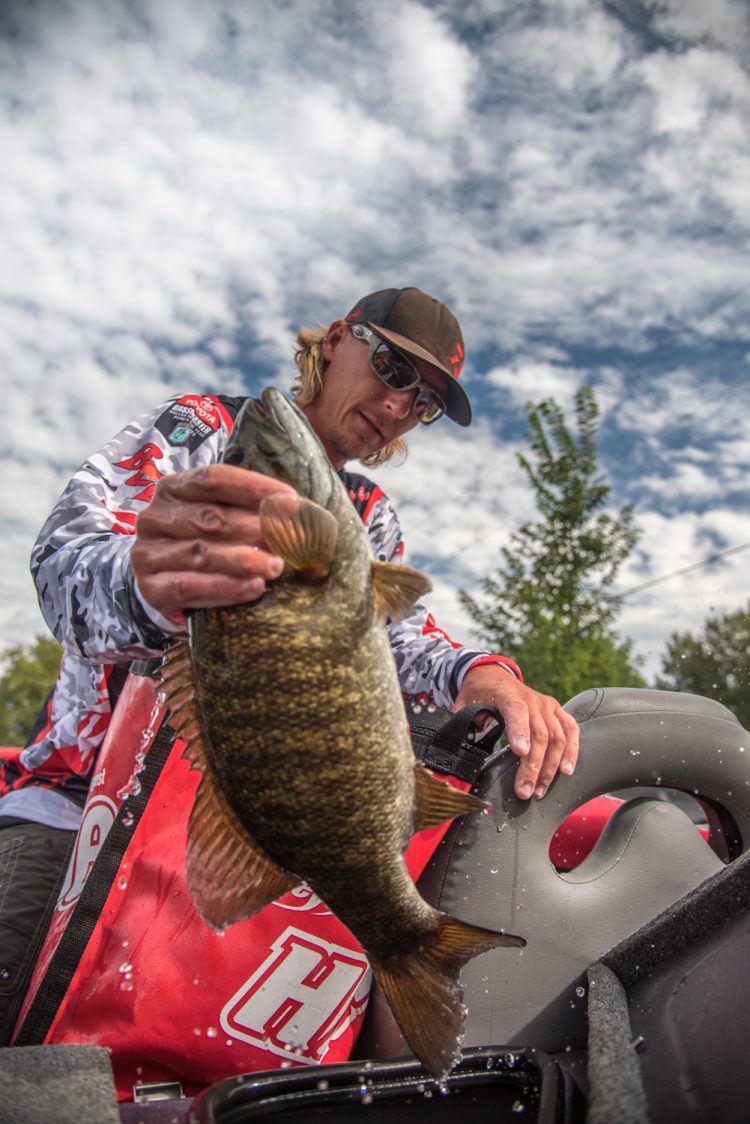 It’s part of the history of Midwest finesse presentations that goes all the way back to the 1950s and bass finesse forefather, Chuck Woods of Kansas City, who created baits like the Creme worm, Beetle, and Puddle Jumper. What’s exciting is how effective the Ned rig is at catching all types of bass from lakes, rivers, and reservoirs. The rig also fools more than just bass; I’ve hooked dozens of quality black crappie during bass-focused outings on Z-Man’s 2.75-inch Finesse TRD, another plastic specifically designed for the Ned rig. I must say that over the last several seasons, no other bait holds a candle to the fun and steady action my friends, family, and I have had fishing the Ned rig. If you haven’t fished it, you’ve got to start this season. The Ned rig performs best in shallow water, but it can be effective in mid-depth spots in certain scenarios. As Kehde typically fishes shallow, he frequently uses 1/32-, 1/16-, and 3/32-ounce Gopher Tackle jigs. I’ve had good success with Z-Man’s Finesse ShroomZ jig and VMC’s Finesse Half Moon jig. Kehde uses a 6-foot medium spinning rod for shallow finesse tactics, although he’s also fond of a 5-foot, 6-inch rod. A short rod moves the Ned rig less than a longer rod, which is something to keep in mind for those preferring rods in the 6-foot, 6-inch to 7-foot range. Whatever rod you select, pair it with a reel with a smooth drag. Kehde uses 6-, 8-, and 10-pound braided line paired with a 4- to 5-foot fluorocarbon leader between 6 to 12 pounds. “The size of the line depends on water clarity, whether I want the bait to glide rather than fall quickly, the wind, casting distance, etc.,” Kehde said. 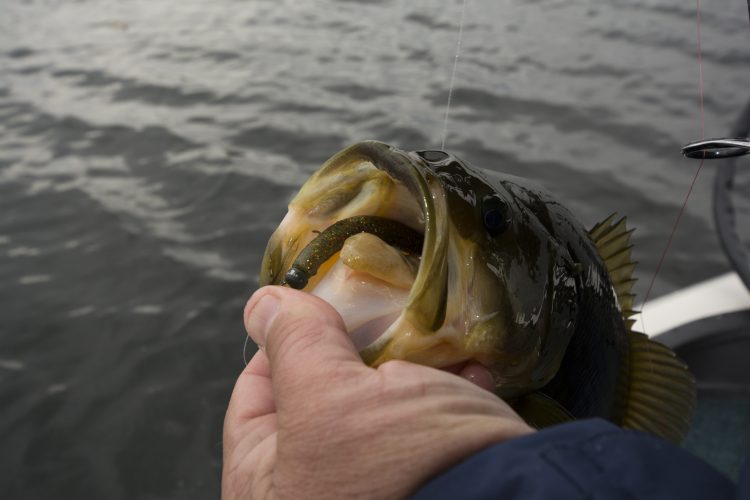 Where and How to Fish the Ned Rig

The Ned rig catches bass from shorelines, points, grass beds, and docks, along with shallow reefs and flats beyond the bank. There are many ways to fish the rig, but before getting there, it’s important to understand that Midwest finesse tactics often involve a no-feel presentation. As an outdoor journalist, Kehde has written thousands of words describing six different Midwest finesse retrieves. “We don’t want to feel what that bait’s doing,” Kehde said. “After we use it a lot, we kind of intuitively know what the bait’s doing, but we can’t really prove it…I imagine that more than 75 percent of our strikes we don’t feel. These fish are catching us rather than us catching them.”