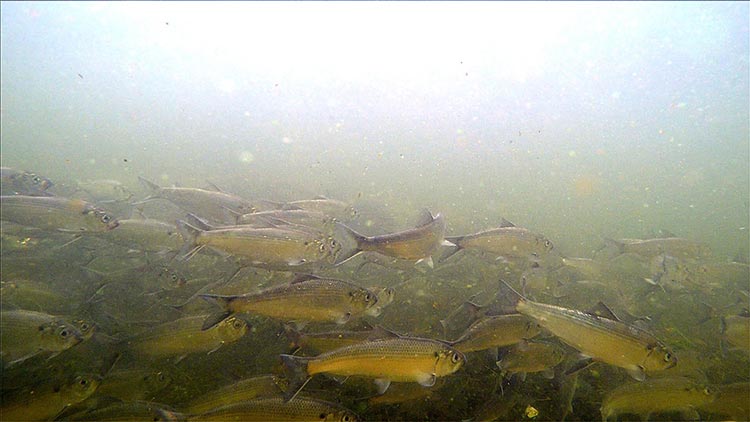 A new electronic tagging program has debuted on the Coonamessett River in Falmouth, MA in hopes of answering questions on the migration of river herring.

This year, volunteers from the Coonamessett River Trust (CRT) are aiming to tag 400 river herring and track their spawning migration throughout the river system. Last week I volunteered to help out, and had the opportunity to participate and learn more about this unique project. 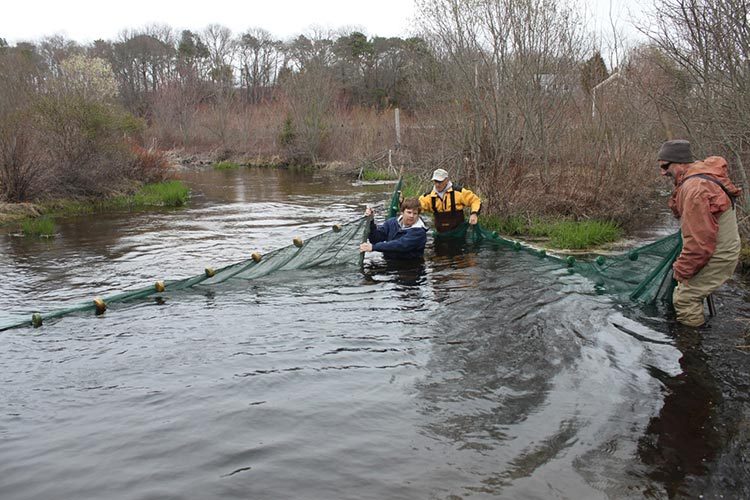 First we netted the herring, using two large seine nets, at a run where they first enter the river from saltwater. 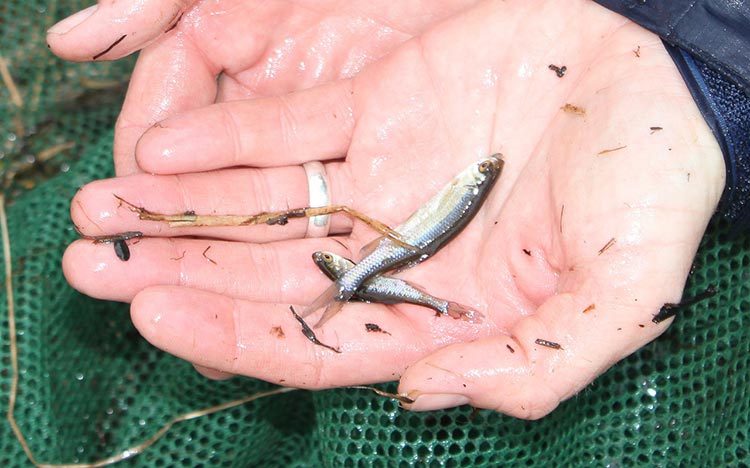 Our first attempt didn’t go as planned, and we only came up with a couple of little pond shiners. 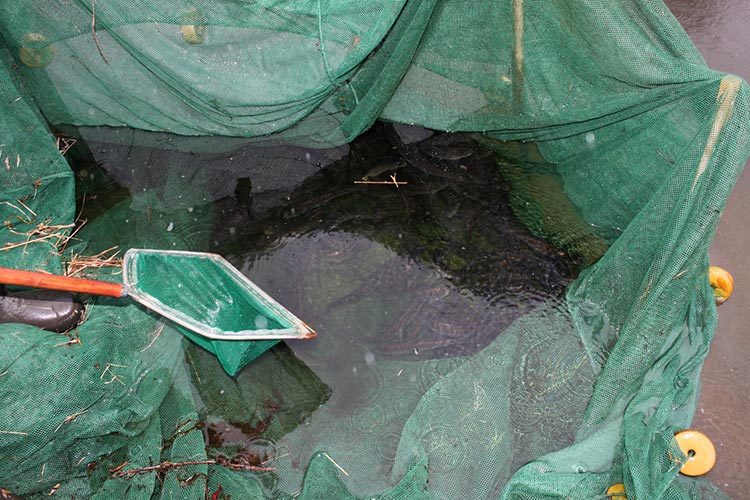 On our second attempt, we hit the jackpot. Over 100 herring were balled up in the net. A long-handled dip net was then used to pass the herring, one at a time, to the biolgist who was tagging the fish. 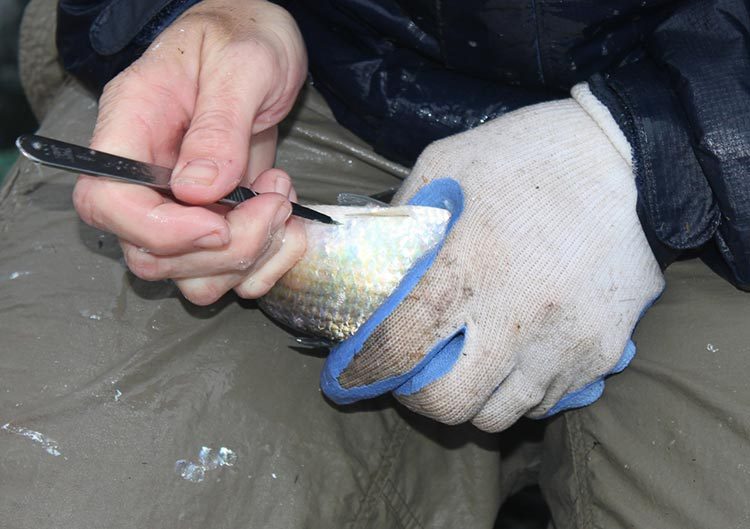 The first step in the tagging process is to scrape away a few scales, and make a very small incision in the belly of the fish with a scalpel. 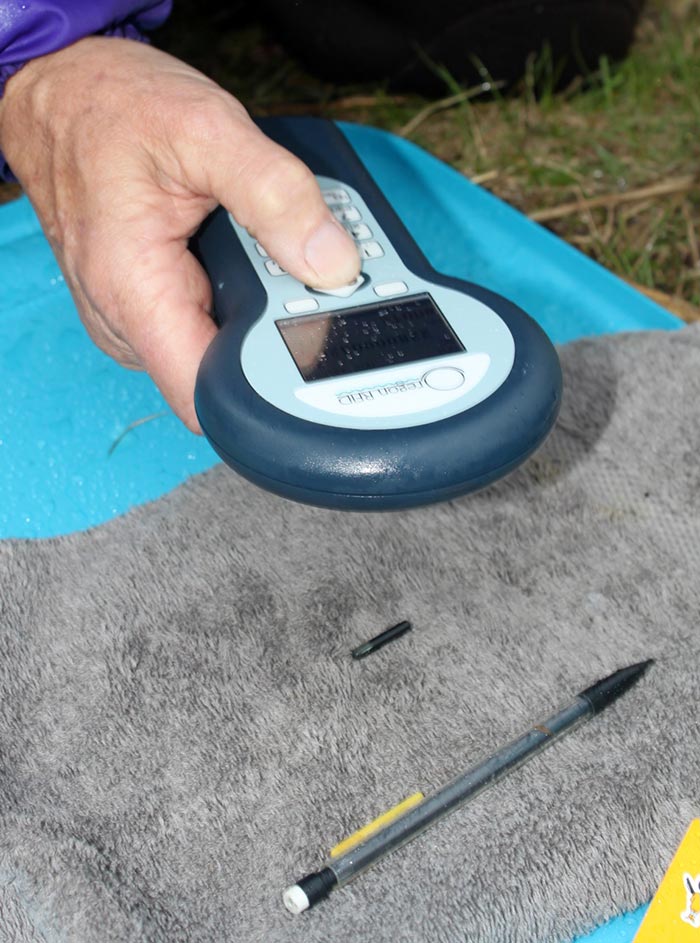 Next the tag number is recorded with a handheld device.

The tags, called passive instrument transponders, or PITs, are about the size of a pill. 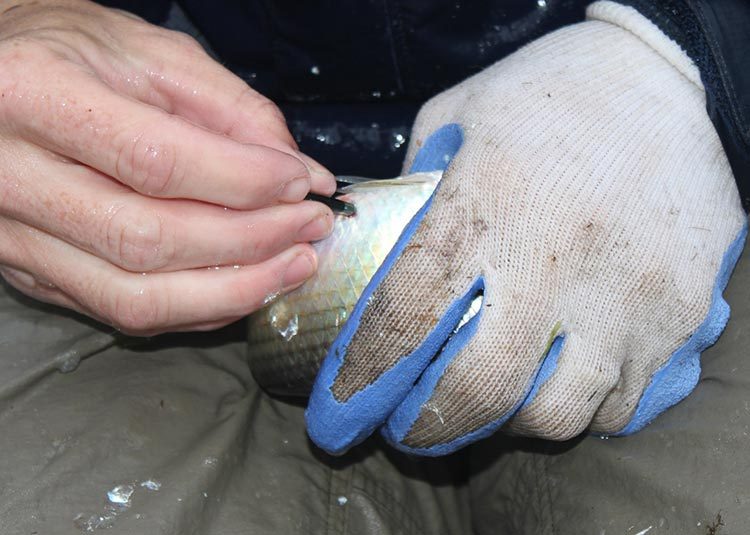 The tag is quickly implanted into the body cavity of the fish. 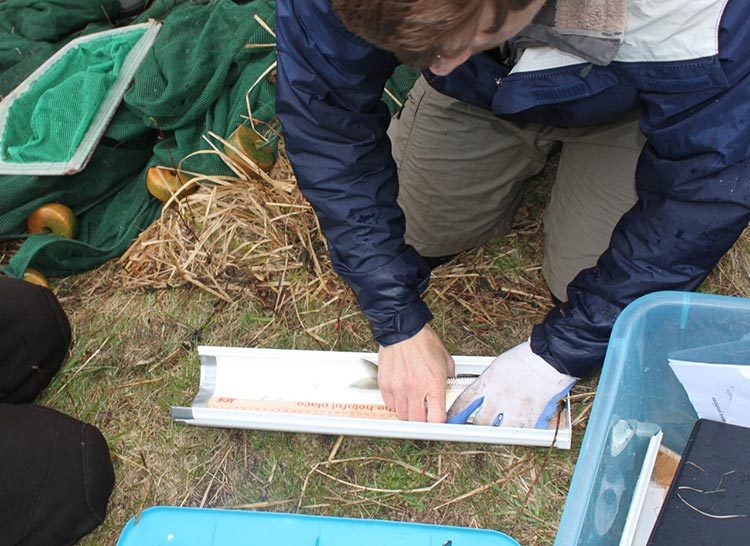 They are then measured, and their sex is determined. 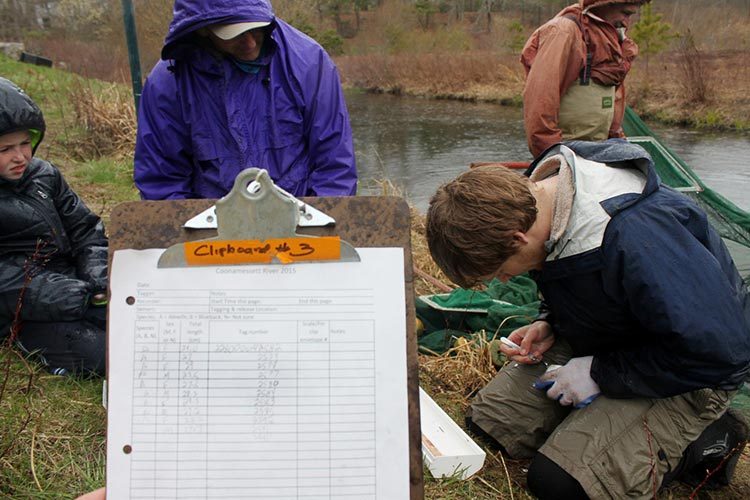 The tag number, length, sex and species (alewife or blueback) are then recorded, later to be added to a database. 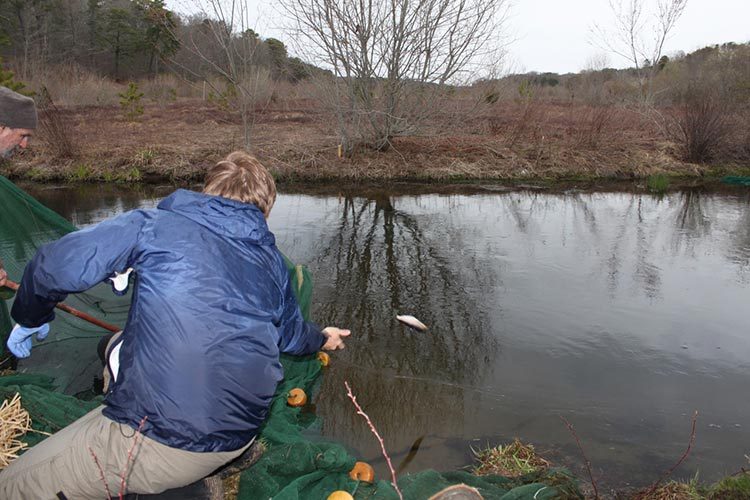 The herring are then released back into the river. Of the 60 fish we tagged that day, all seemed to happily swim away.

Several counting stations have been strategically placed along the river. A wire is strung across the river at each location. Every time a tagged herring passes under the wire, data will be be recorded. These counting stations were made available by Dr. Heidi Golden, a biologist at Marine Biological Laboratory in Woods Hole, MA. The equipment was purchased to study the migration of grayling in Alaska. Since she doesn’t do her research there until late summer, she has donated her equipment to help learn more about the spawning habits of the Coonamessett River herring.

Tagging the herring will help the researchers better understand where they travel within the river system. Aside from the river itself, there are three potential ponds where herring can spawn along it’s 3 mile stretch. It is currently unclear where the main spawning area is. This information will assist in efforts to identify and make passage improvements. 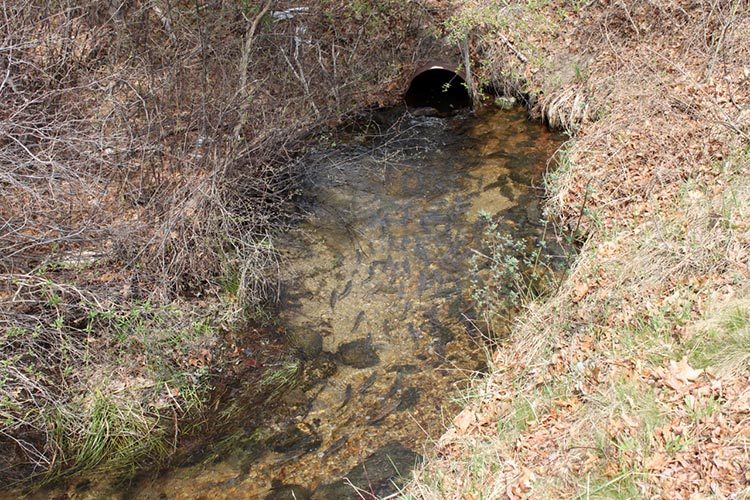 Humans have modified the river for centuries with mill construction and cranberry cultivation along it’s banks. Numerous culverts and barriers exist as a result of these activities. Some of these structures restrict fish movement and degrade habitat by modifying flow, raising water temperatures and degrading streambed characteristics.
The researchers also hope to learn a great deal about the survival rates of the fish during the spawn.

The public can participate in this effort by “adopting” a fish for $10 each or three for $25. Donors can name their fish, and at the end of the season the trust will be able to tell each person when their fish was tagged, where it went, and when it left and headed back to the ocean.
Those interested in adopting herring, or volunteering to count them, should contact Charles Cooper at coop88b@gmail.com or Lou Turner at lnlturn5557@comcast.net.