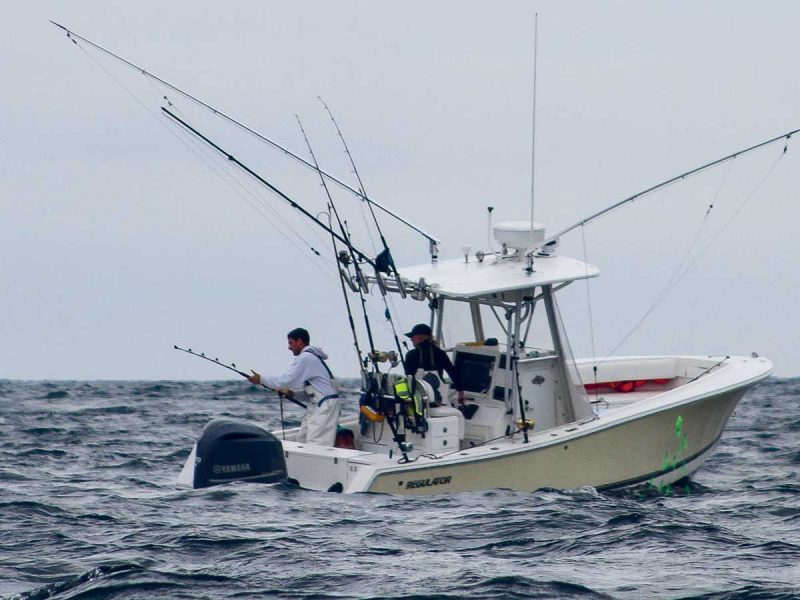 As we approach the end of the 2019 boating season, I’d like to focus this article on preventive maintenance. Each winter, I come up with a plan to address various engine and mechanical components before they wear out and break on the water. These are not small or cheap components … starters, water pumps, propeller shafts, and the like may cost hundreds of dollars. However, a boat is a collection of mechanical systems and load-bearing parts, and over time—hundreds of hours of use or tens of thousands of hours of marine age—parts wear, metal degrades, and gaskets and seals fail.

“Pay me now or pay me later” is a tough maintenance concept I have learned over 30 years of boat ownership. I can’t escape maintaining my engine, battery system, steering system or any other mechanical parts so I proactively deal with it as part of a winter plan when yards and mechanics have time and are looking for work. Alternatively, I can ignore preventive maintenance until something cracks on the water and then spend a month of my limited boating season waiting for service and parts.

The Concept of Marine Age

I have been following Tony Athens of Seaboard Marine on diesel forums for 25 years. Tony is the internet god of diesels, and he has taught me and many others through his postings, his articles, and his advice. Twenty years ago, he developed the idea of marine age which, in simple terms, is that no matter how few hours your boat, engine, and systems may be used in a year or in 10 years, the fact that it’s sitting in saltwater for many months causes corrosive wear. Even if the boat is not being used more than once a week, the days and months of sitting in sea water add up and cause wear over time.

I knew about marine age conceptually from reading Tony’s articles, but in the winter of 2012, I learned about it first-hand. I had just bought a used Downeast boat that had a 2005 engine and 2007 hull. It was launched in 2008 and first run by its owner in 2009. As part of buying a used boat, Tony and others had impressed on me the importance of maintaining the seawater side of a diesel engine. At the end of my first season, I asked my marina to remove and clean each of the 4 coolers on my raw-water circuit. Once cold day in December I got that call, the one a boat owner dreads:

“Larry, we found issues with your aftercooler and heat exchanger. You should come down and take a look.”

When I got to the marina, I was shown aluminum cooler housings that had been eaten away internally and copper cores that had cooling fins rotted like swiss cheese. The engine had been started and run sometime in 2007 and then sat for a year or two with saltwater inside. It was then lightly used for 4 years with no cooling circuit maintenance done. However, it sat in a salt pond 9 months of the year. Even though it had only 500 hours of engine usage, those 5 years in saltwater with no preventive maintenance had doomed those coolers. What a bill that was!

I now pay a few thousand dollars every two years to have my mechanic remove and service all my raw-water coolers as well as the water pump. Pay me now or pay me later.

Things that go crack on the water

Engines are not the only thing that salt corrodes. A large and old Hatteras, an Oak Bluffs fixture for 25 years, almost sank at the dock this spring because galvanic corrosion ate the threads on a bronze fitting attached to an old through hull. The threads corroded, the fitting snapped off the through hull, and water rushed into the boat’s bilge. Fortunately, a dock worker noticed the water pumping steadily from a bilge pump, went on board, and closed the through hull before any real damage happened.

When I owned a Carolina Classic 28, I was one of the many CC28 owners who broke a shaft in heavy seas. I’ve heard multiple stories of spun prop hubs and props that threw a blade as well as shafts that broke for no apparent reason in normal and calm conditions. I annually have my prop removed, scanned, and tuned, and the shaft dye-checked for cracks.

A fishing friend of mine just had a 60-mile tow into Point Judith from a spot a few miles north of Veatch Canyon. Why? His 13-year-old water pump’s shaft broke at the spline that turned the impeller. He is now a believer in preventive pump maintenance.

I have 8 or 9 pumps on my boat, so it’s a sure bet that one or more of them will fail during the course of a year. After 25 years of Jabsco macerator pumps and Rule Bilge pumps, I no longer waste time trying to clean a pump out; the second one stops moving water correctly, I shut the through hull, pull it out of the boat, and go over to West Marine for a new one. I am not leaving the dock without all pumps on the boat fully functional. I’ve seen too many instances of a boat taking on water and sinking because the bilge pump was broken. Another quick tip from 25 years of pump replacements—the West Marine extended warranty is a good buy as it provides a no-questions-asked replacement for a failed pump.

In August, we had a brutal 7-hour ride home from Veatch Canyon with 4- to 6-foot seas crashing onto my foredeck. During the ride in, I noticed water dripping from the Bowmar hatch into the cabin. Investigation after we returned to the dock showed two problems – first was the obvious one that the hatch gasket was over-compressed and oozing water. However, closer investigation showed a more insidious and serious problem: the bedding between foredeck and hatch plate had degraded and separated, and it was likely the root cause of the drip I saw.

A neighbor of mine had a Mako that dripped on his driveway all winter and he did nothing about it. One day he went out to see his boat sunk on the mooring because the bottom of the boat had cracked from some old hull strike and eventually failed.

As one of the techs in my yard says, “Water coming out of a boat is bad, so figure it out before it kills you.”

Larry’s off-season checklist for the Skipjack:

All these horror-filled anecdotes are unsettling. Most of them turned into expensive mid-season repairs that ruined someone’s short boating season. At this time of year, I start making a list of everything that might need to be done over the winter. The list is based on a combination of my own knowledge, my mechanic’s advice, my yard’s advice, and the opinions of the people who fish and boat with me.

Here’s a perfect example of why the opinions of others matter: my outriggers are mounted on the hard top and I have to climb up on it to set them out when fishing and put them back straight when done fishing. I am 65 and it’s getting harder to get up there each year, especially 80 miles offshore in 3- to 5-foot seas. On the last trip as I climbed up to set out the riggers at 4:30 a.m., one of my crew said, “Larry, you need to get a cabin-based solution if you want to be fishing this boat in five years.” He’s right, and I intend to listen to his advice.

As the fall season progresses, I find myself on the water less and at the dock more due to changing weather patterns. I use that time to develop a to-do list for winter work and begin to cost out and prioritize the various work items. No item is too big or small to go on the list. I would rather have a very long list that I cherry-pick from rather than to address broken items during boating season. A windy day is a good opportunity to crawl around the boat to look at systems, hoses and fittings both to find problems early as well as to look for opportunities to improve it.

The list is invariably huge in October and would be a 6-figure outlay if everything on it was done. My challenge in November will be to prioritize and prune the list, with safety and reliability coming before other needs. The list will also not be complete until the boat is hauled and both the hull and all mechanical systems inspected.

Also note that no item is too trivial or small to go on the list. The lack of an anchor swivel has twisted my line and chain all season long. It’s an easy DIY project for me—as long as I remember to do it. If I put it on the list, I won’t forget about it!

While the list is not complete and will have more items added during the fall, I have already picked a budget target for maintenance and enhancements, then made a first pass at prioritizing things. The engine work and replacing my outriggers are the highest priorities, though many of the small items like running lights and the anchor swivel are no-brainers, as is addressing my hatch leak.

The greatest challenge and biggest decision come with a trio of items – electronics, mast, and lights, which all logically need to be done as one unit. My critical item there is the age and wear on my radar. It’s 10 years old and easily has 3,000 to 4,000 hours on it. While it’s a great radar and serves me well, it’s a mechanical and electronic item that will fail at some point. When it goes, I cannot replace it with the same model since Furuno no longer sells that unit. When it goes, the mast will have to come off in order to install a new one. When that happens, I plan to use that opportunity to build and install a new one that works correctly for the way I use my boat. A new mast will include seats for lights; thus the linkage of all three items. The challenge I have is figuring out a way to ease into new electronics without having to replace my entire suite at once.

Furuno obsoleted my NavNet3 system last winter and does not provide a compatible interoperation forward to their current TZTouch2 system. Since I am stuck with a rip-and-replace situation, this opens the door to other vendors’ solutions, which doubles the complexity of the problem.

Better to Act Early than React in March

Regardless of the size of your boat (or your budget), it’s going to need some maintenance this winter. You can control and plan that maintenance by putting some thought and investigation into its needs this fall, giving you the best chance to manage both cost and schedule.

The alternative, if you haul your boat, winterize it, and wait until the first sunny day in March to figure out what work is needed, will be a much more expensive bill and a delayed launch. I prefer to be proactive on my winter maintenance and I encourage you to do the same.