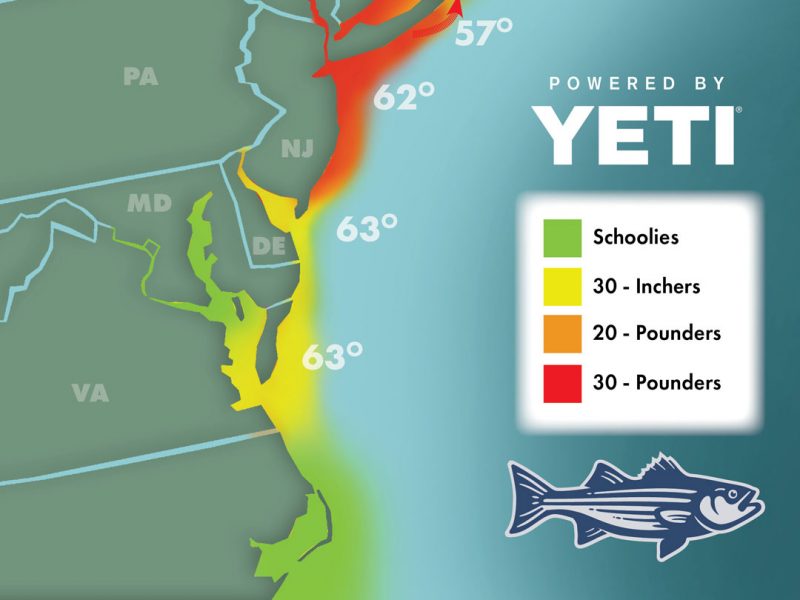 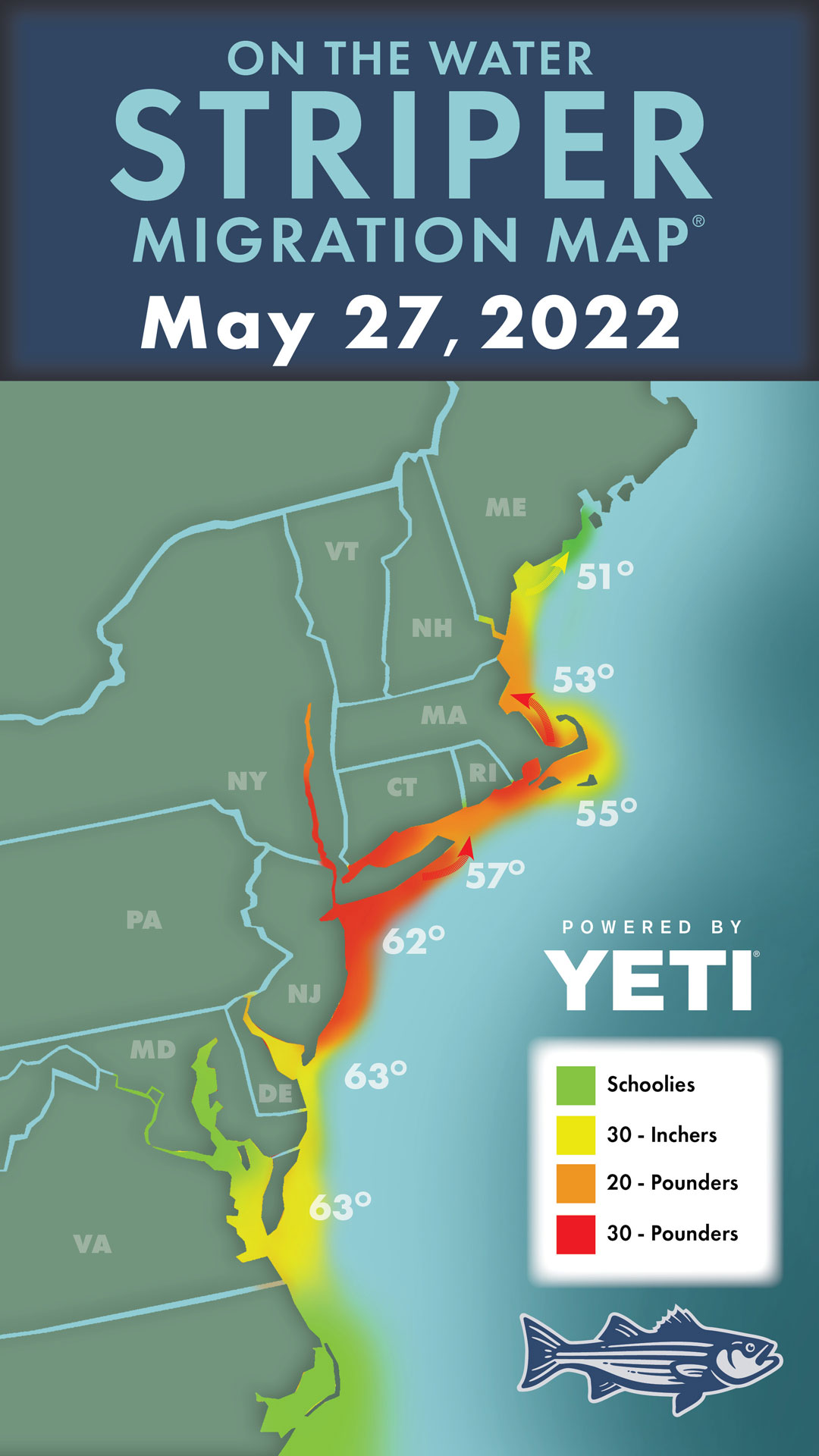 The “herd” of large post-spawn striped bass from the Chesapeake is stampeding through the Northeast as the new moon approaches. Stripers in excess of 50 pounds have been reported from New Jersey to Massachusetts, and schoolie to 30-inch fish have been feeding in impressive numbers.

The summer striped bass season started on May 16, and the entire mainstem Bay, all the way to the Conowingo Dam, will be open June 1. The 2022 striped bass regulations are on the DNR website.

With the summer striped bass season now underway, anglers should downsize their trolling lures and also experiment with light-tackle jigging with leadheads and plastic skirted jigs with trailers. Trolling small bucktails, downsized shad-umbrella rigs, and red plastic hoses (surgical tube lures) along the shipping channel edges near Podickory Point, the Dumping Grounds, and near the Bay Bridge should produce the small to medium-sized summer striped bass in the upper Bay. The minimum size for fish to be kept is now 19 inches, with a limit of one fish per angler per day. If you chum or chunk for striped bass, you must use non-offset circle hooks, and fishing with live eels is not allowed.

Post-spawn stripers have begun to leave some of the spawning tributaries and move out into the Bay as they make their way out to the Atlantic.

Anglers reporting very long, skinny fish off New Jersey’s oceanside indicates the post-spawn CHesapeake fish are here and they are hungry. The Raritan Bay is still holding good bass, and as the fish finish spawning in the Hudson, many will feed in the bay before departing through Long Island Sound or the ocean.

Extra-large stripers are moving along the South Shore of Long Island, where both surf and boat fishermen are catching. In Long Island Sound, chunked bunker is producing big bass, as large fish leave the Hudson and move along the North Shore.

For the first season in some time, fishermen are having to fight through big bluefish to get to the stripers in Long Island Sound. Stripers from 24 to 34 inches are abundant off Connecticut, and numbers of 40-inch-plus fish are increasing.

Narragansett Bay continues to hold big numbers of large stripers, which are happily feeding on the schools on bunker in the bay.

Stripers larger than 20 pounds have been reported all over Cape Cod, including the South Side, Cape Cod Bay, and Buzzards Bay. Bass around the Cape have been feeding on squid, sand eels, herring, and adult menhaden. Fishing hit a lull in the Canal this week, as it tends to do between moons, but tides are prime for another push of bass through the Ditch over Memorial Day Weekend.

Stripers to 40 inches have made it as far as Casco Bay!