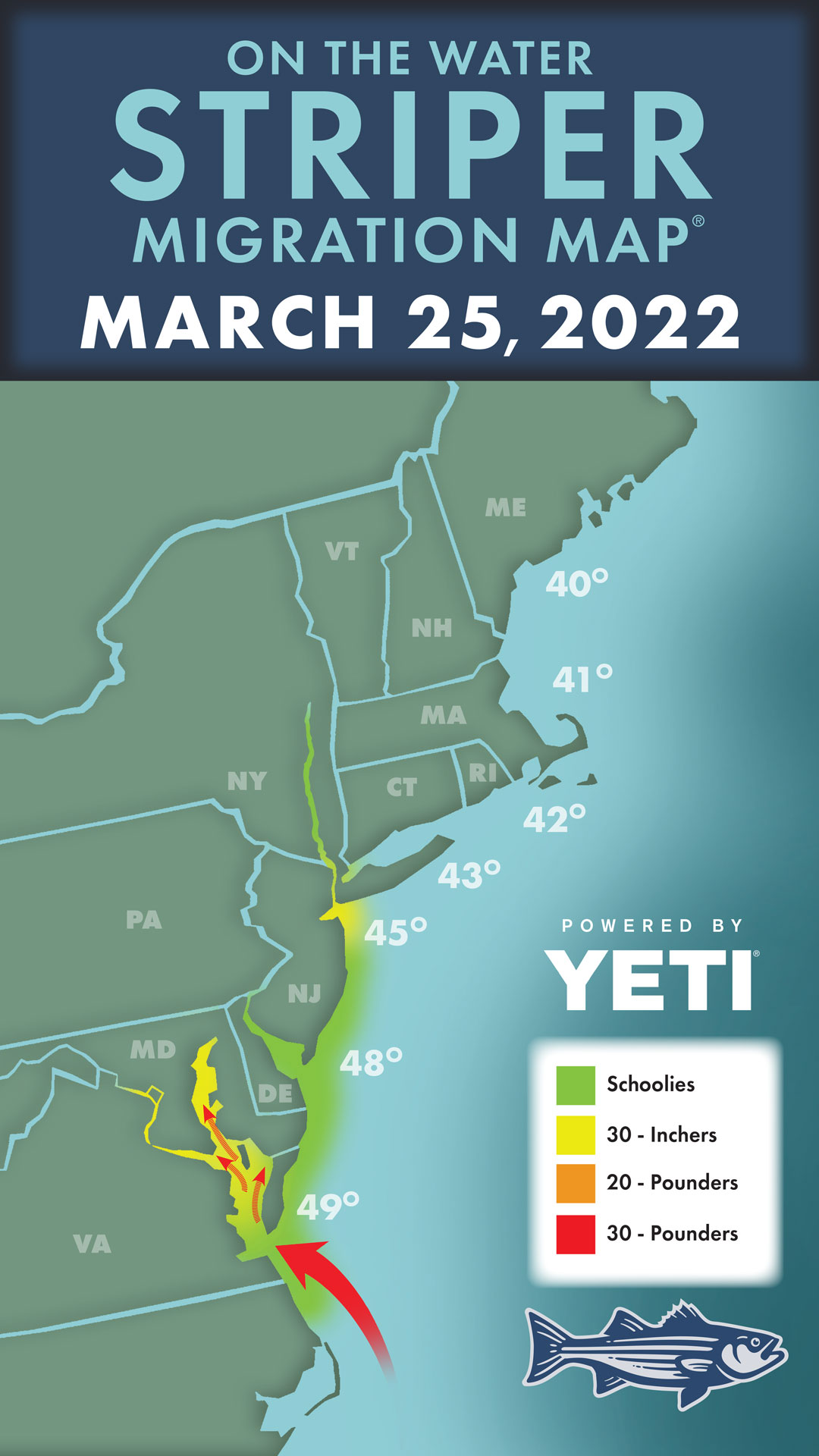 Susquehanna Flats fishing has been slow the past couple of weeks, with only a few male striped bass being caught and released. The Susquehanna Flats catch-and-release season closes on March 31 and will not reopen until May 16.

The Calvert Cliffs Power Plant warm water discharge is attracting striped bass moving up the Bay, which also attracts a fleet of boats and anglers wishing to drift in the current and jig close to the bottom.

As a reminder, all catch-and-release fishing of striped bass in all Maryland portions of the bay will close from April 1 to April 30.

The striped bass spawning rivers are closed to all striped bass fishing at this time. The spawning populations of striped bass are arriving and have begun spawning in the upper Choptank River, and most likely is in the Nanticoke as well.

The backwaters and rivers are fishing well for schoolie striped bass from Cape May to Raritan Bay. Bloodworms are the top bait, but plugs and shads (fished slowly) are also producing fish. Raritan Bay has also been giving up fish from the bay beaches on bloodworms, with more keepers in the mix recently.

Resident or “holdover” schoolie stripers are stirring in backwater areas on Long Island. Fresh migrating fish will begin trickling in soon. Stripers are active in the lower Hudson River. Unfortunately, that has led to several incidents of striper poaching.

Holdover striper fishing in the Housatonic River and in Connecticut River tributaries should improve as the fish will only get more active with warming water and the arrival of river herring. Holdover stripers are also stirring in some of the Rhode Island salt ponds and rivers.

Holdover striped bass have been reported in some fresh and brackish waters on Cape Cod and in Boston, but waters are still quite cool.