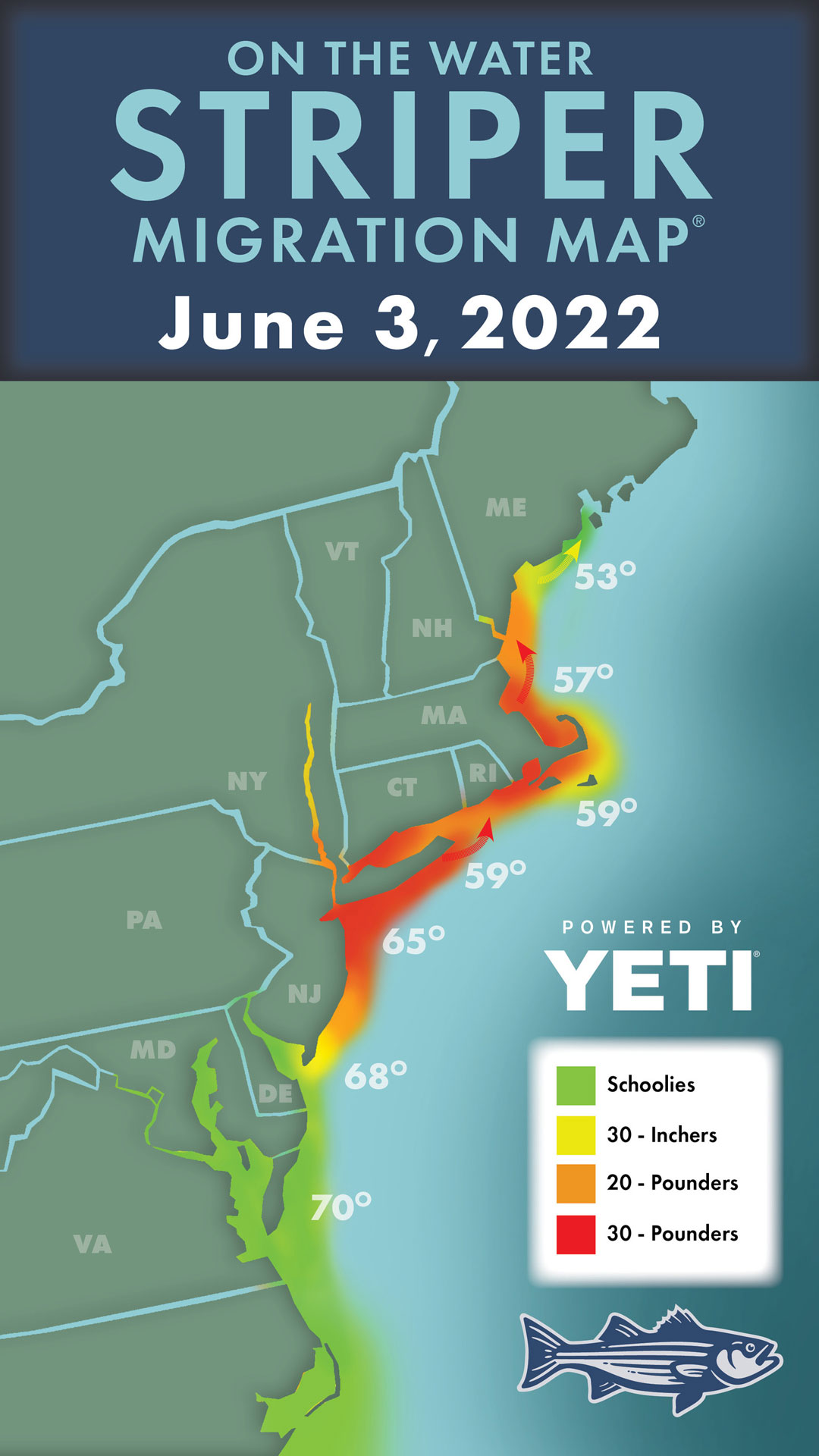 Striper fishing is hitting new highs as large post-spawn striped bass spread north from New Jersey to Maine. How has your season gone so far? Tell us what you’re seeing in the comments below, and be sure to tag your Instagram photos with #stripermigration!

Every week, we’re giving away $1,000s in prizes in the Striper Cup! Make sure you’re signed up for the Striper Cup before you go fishing and win fantastic weekly prizes!

The summer striped bass season started on May 16, and the entire mainstem Bay, all the way to the Conowingo Dam, opened June 1. The 2022 striped bass regulations are on the DNR website. The upper reaches of the Bay and the lower Susquehanna River are now open to striped bass fishing. The minimum size is 19 inches and the catch limit is one fish per day. Casting soft plastic jigs, topwater lures, and jerkbaits in the Conowingo Dam pool and the lower Susquehanna river and flats edges in the morning and evening hours will be a favorite way to fish. Trolling and jigging are popular methods. If you chum or chunk for striped bass, you must use non-offset circle hooks, and fishing with live eels is not allowed.

Post-spawn stripers are moving along the oceanfront and they are hungry. Beach fishermen from Island Beach State Park north are doing well on bait, and bass to 50 pounds are biting for trollers and bait fishermen off Monmouth County.

Extra-large stripers are moving along the South Shore of Long Island, where both surf and boat fishermen are catching and Montauk striper fishing is hitting new peaks. In Long Island Sound, chunked bunker is producing big bass, as large fish leave the Hudson and move along the North Shore.

Fishermen are having to fight through big bluefish to get to the stripers in Long Island Sound. Stripers from 24 to 34 inches are abundant off Connecticut, and numbers of 40-inch-plus fish are increasing.

Narragansett Bay continues to hold big numbers of large stripers, which are happily feeding on the schools on bunker in the bay.

The striper season is off to a great start in southern Maine as stripers to 40 inches have made it as far as Casco Bay!