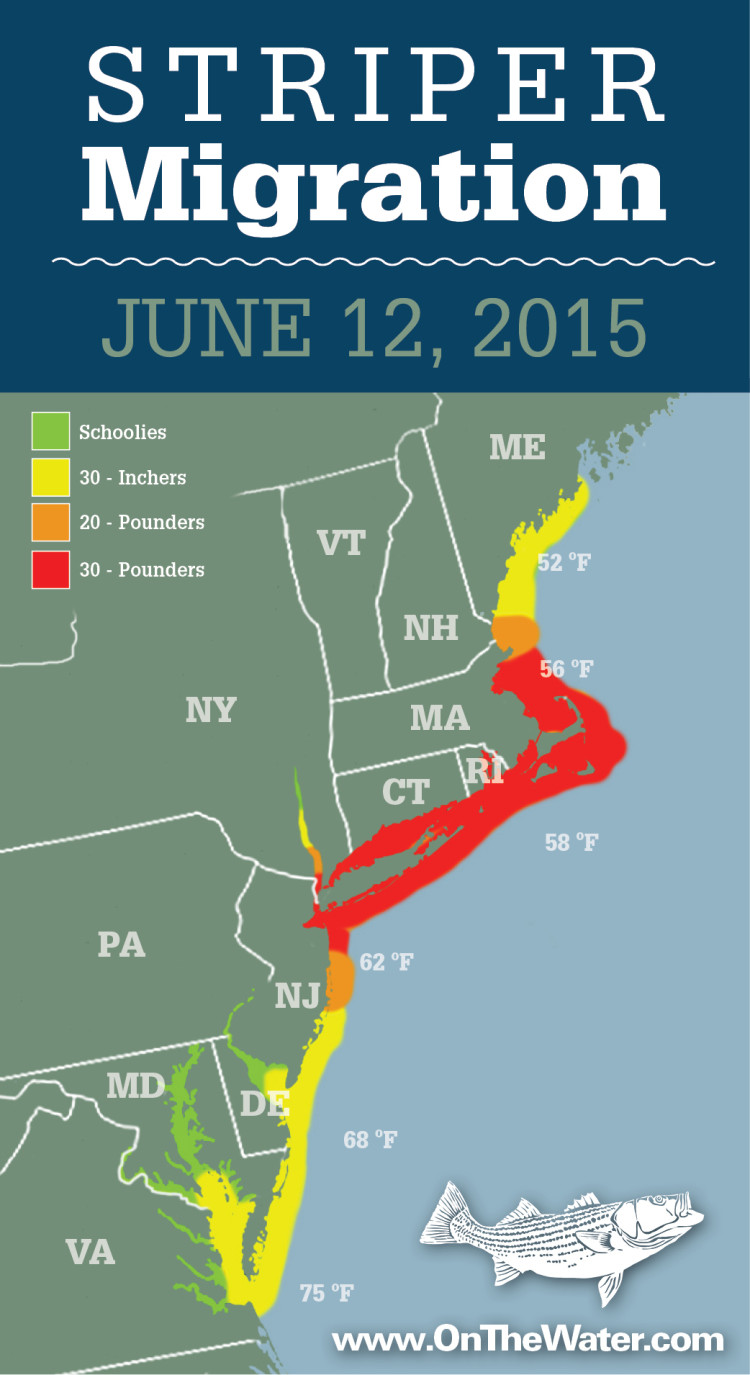 Big bass keep moving north, and fishing should only improve as we approach next week’s new moon.

The striper fishing has cooled off considerably in New Jersey, but big bass are still being taken for beach and boat. Historically, the big bass run off New Jersey continues into July, so this should just be a lull in the action.

Fishermen are catching 30- to 50-pound stripers off the South Shore of Long Island, mainly by trolling bunker spoons. Trolling is also working off the North Shore, where 30-pound-plus stripers are being caught from the western end to the North Fork. Montauk has been fair, with a few nice fishing being caught, but that fishing should improve as the big fish on the South Shore continue to move east.

Long Island Sound is producing huge bass, including many over 30 pounds and a number approaching the 50-pound mark. Bass and bait that have flushed out of the big rivers are setting up in the Sound. Live bunker and bunker spoons are accounting for the largest bass.

The big bass in upper Narragansett Bay have dispersed. Look for them to reappear around Newport on next weeks tides. Block Island bassing is beginning to pick up, with a 45-pounder reported this week. Worm hatches in the salt ponds have created good schoolie action for fly-rodders.

Slow tides have quieted the Cape Cod Canal but next week’s new moon tides are looking good. Race Point and Barnstable Harbor have been producing bass on mackerel. Plymouth Bay has been loaded with fish, and stripers over 30 pounds have shown up on the ledges off Scituate and Hull. A slug of stripers to 40 inches have moved into the waters north of Cape Ann from Ipswich to the mouth of the Merrimack.

Bass fishing keeps getting better along the New Hampshire Seacoast and in Southern Maine. With mackerel finally getting easier to come by, bigger bass should be easier to find along the Seacoast. In Southern Maine, the best fishing has been in the rivers.