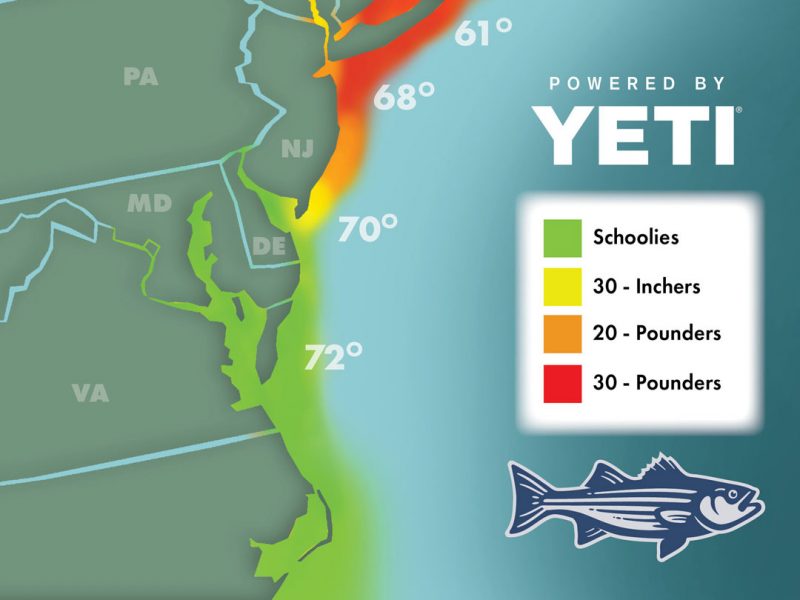 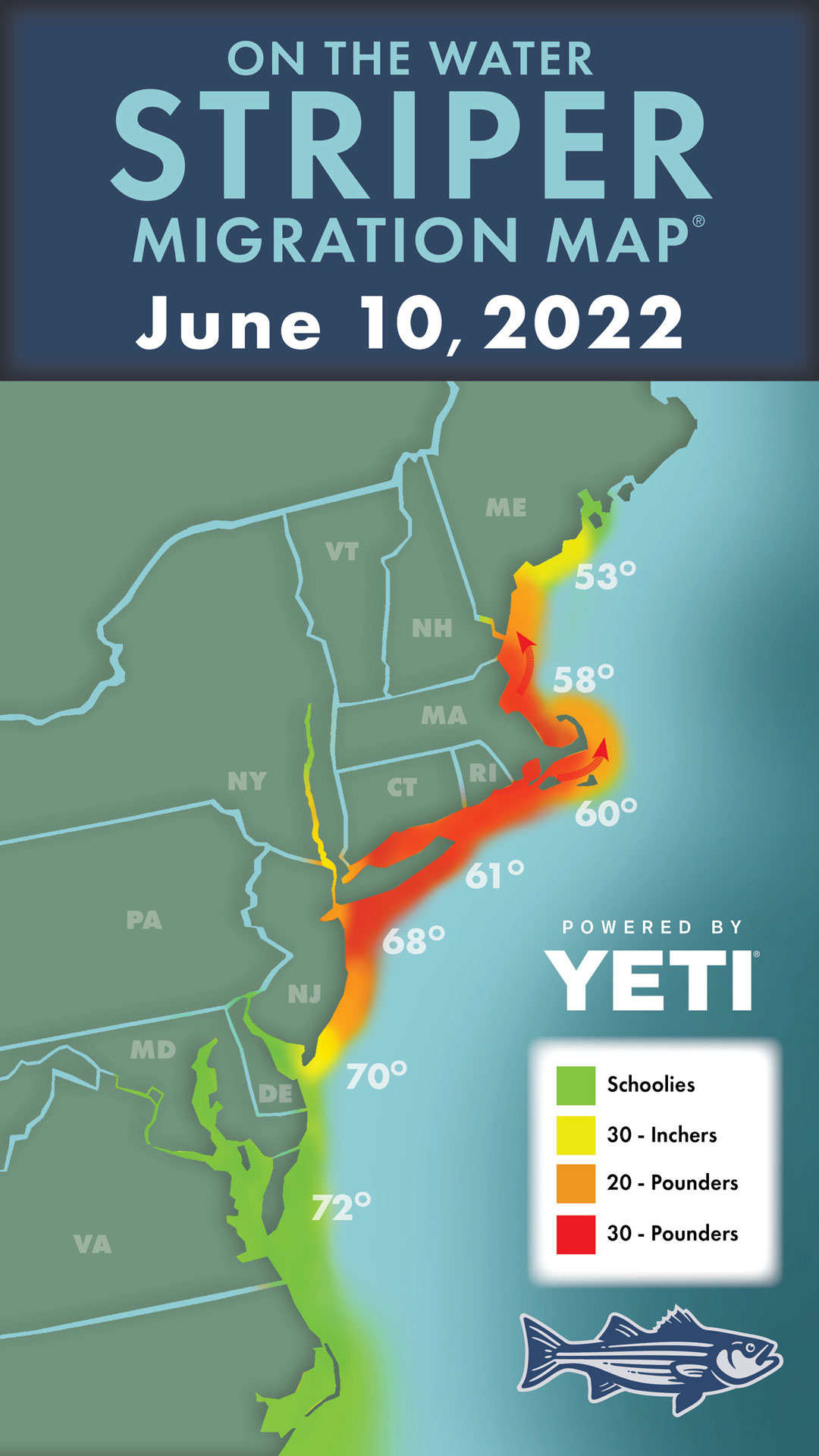 Striper fishing is hitting new highs as large post-spawn striped bass spread north from New Jersey to Maine. How has your season gone so far? Tell us what you’re seeing in the comments below, and be sure to tag your Instagram photos with #stripermigration!

Every week, we’re giving away $1,000s in prizes in the Striper Cup! Make sure you’re signed up for the Striper Cup before you go fishing and win fantastic weekly prizes!

The summer striped bass season started on May 16, and the entire mainstem Bay, all the way to the Conowingo Dam, opened June 1. The 2022 striped bass regulations are on the DNR website. The upper reaches of the Bay have been open to striped bass fishing for more than a week now, and reports from the lower Susquehanna River and flats are that the fishery has been slow. A little farther down the upper Bay, the striped bass fortunes change dramatically. Trolling the edges of the shipping channel at various locations has been very good. The steep channel edge at Podickory Point, the Triple Buoys, and Swan Point have been standouts. It is shaping up to be a great week for striped bass in the middle Bay. Trolling has been very popular, with most boats pulling a spread of medium-sized bucktails dressed with sassy shads behind umbrella rigs or in tandem. There are several good striped bass fishing options in the lower Bay right now. Trolling along steep channel edges, jigging, chumming, live-lining spot, and casting lures near shoreline structure are all great ways to fish this week.

Post-spawn stripers are moving along the oceanfront and they are hungry. Striped bass were landed regularly from almost every beach along South Jersey and artificials, clam, and bunker baits have been the most successful. Big striped bass to 50 pounds are biting for trollers and bait fishermen off Monmouth County.

Extra-large stripers are moving along the South Shore of Long Island, where boat fishermen are catching on bunker spoons and live baits. Montauk is holding big bass, and in Long Island Sound, trophy stripers are spreading out along the North Shore.

Fishing has improved as bunker and big bass spread east along the COnnecticut shore and move into harbors and river mouths. Narragansett Bay continues to hold big numbers of large stripers, which are happily feeding on the schools on bunker in the bay.

Striped bass to 40 pounds have been reported from the Elizabeth Islands up into Buzzards Bay and along the south side of the Cape. Most harbors and rivers are loaded with 20″ to 30″ stripers, with bigger fish feeding at night.

Big bass continue to move into Boston Harbor on each tide. Fish to 50 pounds were caught this week in Boston Harbor and on the North Shore, and things are lining up for the full moon tides mid-month.

Excellent reports have been coming in from southern Maine with stripers to 40 inches as far north as Casco Bay.