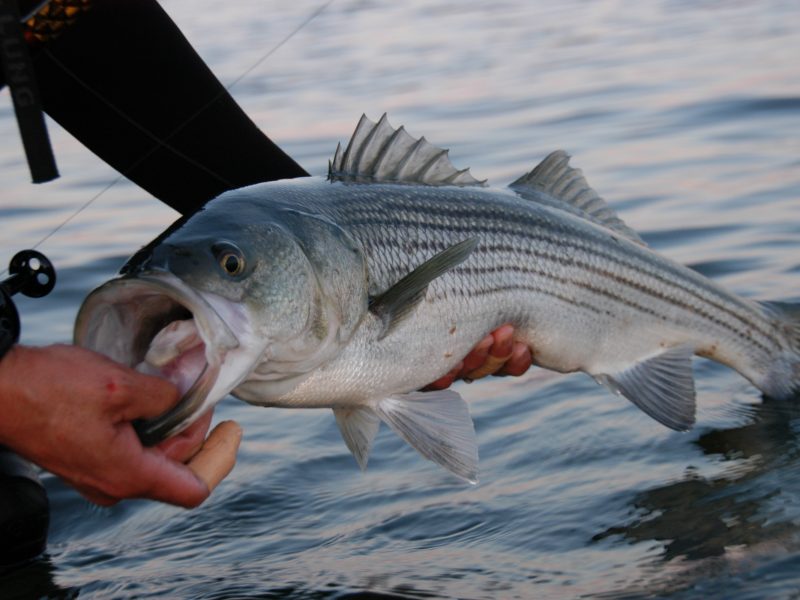 The most obvious feature of striped bass are their seven horizontal stripes, spanning along their body from their gill plate to the beginning of their tail. Their bodies exhibit a variety of colors including dark olive green, blue, purple, and silver on their bellies. Unlike bluefish, tuna, and pelagic fish, striped bass do not have a forked tail.

Is striped bass good to eat?

Stripers are widely considered one of the best-eating fish in the northeast Atlantic region, but it depends who you’re speaking with. Many people prefer black sea bass, fluke, or tautog over stripers.

Article: How to Clean a Whole Striped Bass Without Waste

The flavor of a striper fillet is mild and sweet without the strong fishy flavor of a salmon or anchovy. When striper is cooked correctly, it’s white, firm, and flaky, making it a popular choice for the grill.

Are striped bass high in mercury?

As stripers grow in size, their bodies accumulate mercury, PCBs, and other toxic chemicals. The Food and Drug Administration recommends only 1 serving per week of striped bass (rockfish).

What is the heaviest striped bass on record?

What is the striped bass world record? 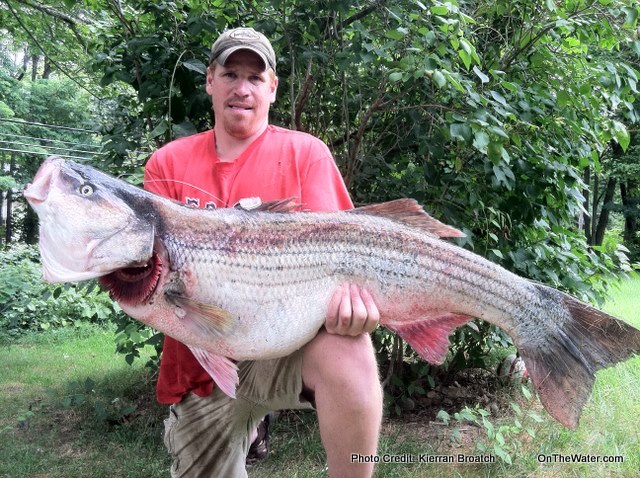 Is striped bass the same as sea bass?

Can striped bass live in freshwater?

Striped bass are anadromous fish, meaning they’re born in freshwater, but spend most of their life in saltwater. After reaching sexual maturity, stripers return to rivers and bays in the spring to spawn.

There are many lakes and reservoirs in the U.S. with large populations of landlocked freshwater striped bass. For the most part, landlocked stripers are stocked by state fish and wildlife departments.

What do striped bass eat?

Stripers are known for having a voracious appetite, feeding on small fish and a variety of wildlife including shad, herring, menhaden, shrimp, shellfish, sea lamprey, and other small fish. Adult stripers feed more in the summer and fall, and less in the spring and winter.

Where do striped bass live?

Atlantic striped bass inhabit the waters between the St. John’s River in Florida all the way north to the St. Lawrence River in Canada. Larger fish school up, with the largest stripers, 30 to 40-pound fish and larger, preferring solidarity or the company of a couple other fish.

How old is my striper?

Where do stripers spawn?

Scientific research shows there are six different Atlantic striped bass spawning groups, spanning from Canada down to North Carolina. In the seventeenth and eighteenth centuries, stripers spawned in nearly every New England river.

Some stripers from the Chesapeake Bay are impacted by mycobacteriosis, a disease resulting in emaciation, skin lesions, sores, and ulcers.