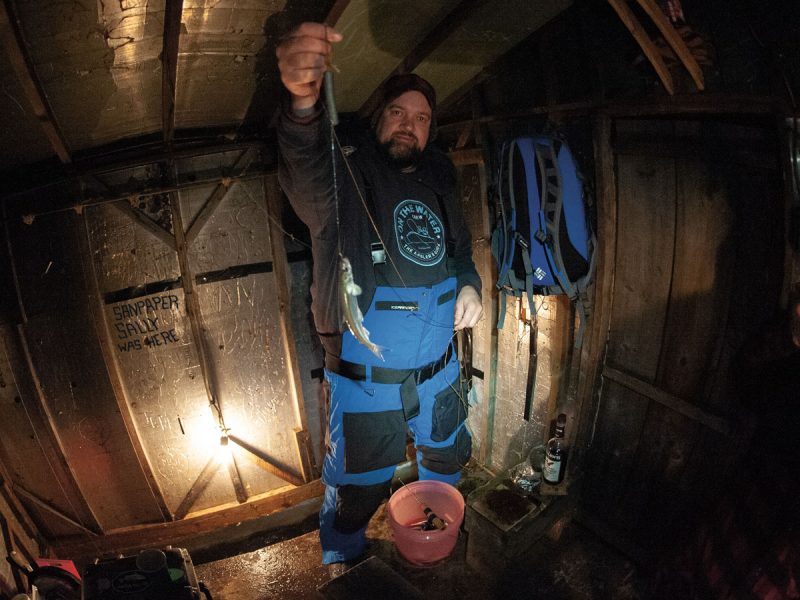 From where I live, it’s a 5-hour drive to fish for the smallest gamefish in the Northeast. A road trip of this magnitude to ice-fish for minnows might seem absurd to some. But, for me, catching a bucketful of these little buggers has been on my bucket list for quite some time.

Sea-run rainbow smelt, in the not-so-distant past, ranged as far south as the Chesapeake Bay. Unfortunately, like many other anadromous species, their stocks have fallen on hard times due to factors like pollution, dams, and habitat destruction. Buzzards Bay in Massachusetts now marks the southernmost edge of their range, and if you want to find them in decent numbers, you must venture to the tidal rivers of southern Maine, where ice fishing for smelt is a long-standing wintertime tradition. 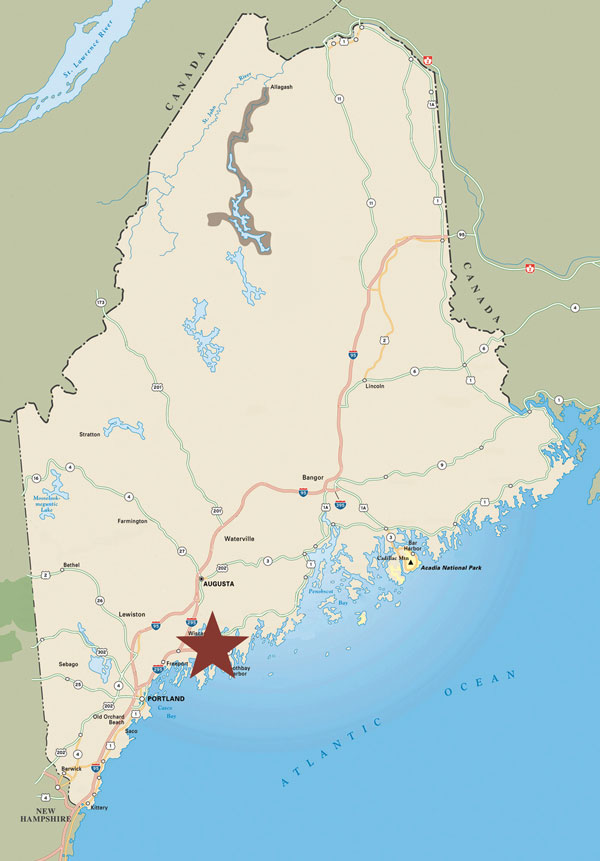 The Kennebec River system still supports a robust fishery, and it is home to seven privately-owned smelt camps where, for short money, one can rent a shack, complete with stools, bait, electricity, and a heater.

We arrived at James Eddy Smelt Camp in Dresden, Maine, on the slack high tide at 2:30 p.m. The shacks are rented out by the tide, so for the next six hours, a hobbit-sized shed perched atop a sheet of creaking river ice was going to be our home away from home.

The shack itself was exactly as I imagined it. It was designed to be lightweight and easy to transport on and off the ice. The walls consisted of nothing more than foam board insulation, which was crudely held together with copious amounts of duct tape. The entire structure appeared to have been built with odds and ends of scrap lumber, the epitome of frugal Mainer ingenuity. 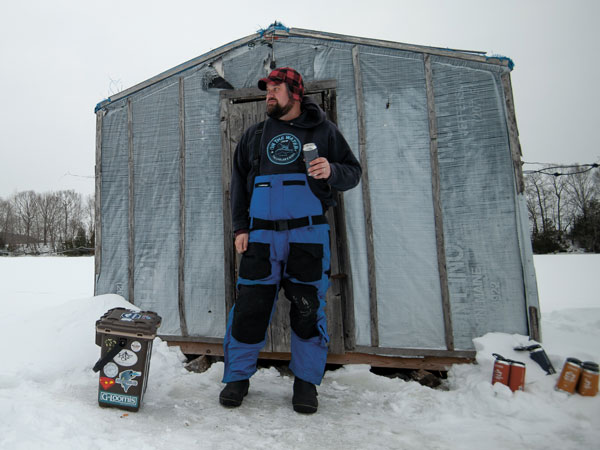 Hundreds of beer bottle caps were pressed into the insulation and an artistic array of lewd graffiti rounded out the decor. I felt as if we had entered a backwoods temple to testosterone.

Despite numerous gaping holes and an external temperature of 2 degrees, the shack was surprisingly warm and cozy due to a rusty old propane heater perched precariously in the middle. Both side walls were equipped with eight drop lines, each wrapped around a big rusty nail. Beneath them was a long, open trench cut through the ice with a chainsaw. Exposed electrical wiring led to two light bulbs that looked as if they had been made by Thomas Edison himself, adding an additional element of danger. I was in heaven.

Enduring the long, cold winters we live among is not for the faint of heart. Some people seek shelter by migrating south to Florida to escape the winter blues. I believe there is no such thing as bad weather; there is only bad clothing. I am more inclined to bundle up, head outdoors, and find any excuse I can to catch fish in the dead of winter. 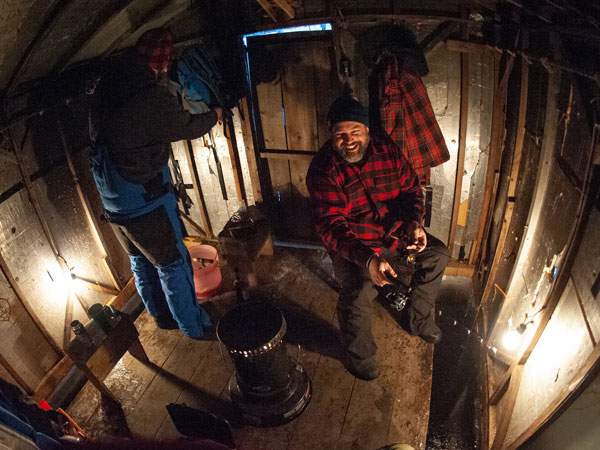 Luckily, on this trip, I was joined by two good friends who like ice fishing as much as I do. All three of us were smelting virgins, eager to haul in the day’s first catch, so we quickly got to work.

I cut sandworms into “tiny bits,” as I was instructed to do by the man chain-smoking Marlboros in the camp’s “office.” Next, we baited up a bunch of the handlines and dropped them down four to seven feet (another tip from the foreman). We then got to work rigging up our jigging rods with Sabikis, which was a bit of a challenge, due to the shack’s dim lighting and our failing, middle-aged eyeballs.

What happened in the following five hours is somewhat of a blur, but I do remember lots of Allen’s coffee-flavored brandy and lots of jubilation. We laughed, we danced, and one of us cried. (He dropped his new iPhone through the hole.) There was cheering and booing, bragging and trash-talking. There were fish stories, lies, and a good dose of dirty jokes. (Have you heard the one about Sandpaper Sally?) Despite all our merrymaking and the fact that we were total smelt-fishing googans, we managed to catch 82 fish.

Pleased with our accomplishment, we headed for home, but not before stopping to chow down on some celebratory pink hotdogs which, like smelt, fiddleheads, and whoopie pies, are a distinct part of traditional Maine cuisine.

The following day, I got to work cleaning our catch. Cleaning smelt is not difficult, but it is a bit tedious. First, you cut off the fish’s head with a pair of kitchen shears, then you cut along the belly, all the way to the vent. There is not a whole lot of guts in there – it’s primarily milt or roe. (Some people are fond of eating the roe. Personally, I’m not a huge fan of fish eggs.) Next, simply rub your thumb along the spine and everything should pop right out. Whatever remains – the skin, fins, tail, and bones – is edible.

After cleaning 82 smelts, which took well over an hour, I was in no mood to eat them. My hands were saturated with their unique scent, which is not fishy, but is still distinct and has a curious cucumber aroma to it. The following night, I fried some up, and they were all I hoped they would be.

Our smelt were on the large side, averaging around 6 to 8 inches, so I was worried the backbones might be a bit tough. But, since smelt have very soft bones, they were barely noticeable. The bones added a bit of chewiness, but they weren’t crunchy, as I had feared.

The night after that, I decided to try them in the style of tempura, and I’m glad that I did! They were delicious.

Tempura is a Japanese preparation, usually using seafood and/or vegetables, that is battered and deep-fried. The feather-light batter, combined with very hot oil, creates a light, super crispy, delicate crust.
In order to achieve a crispy crust, you must use a low-gluten flour. I prefer to use rice flour, which is gluten-free, but some people use a cake flour/cornstarch combo. 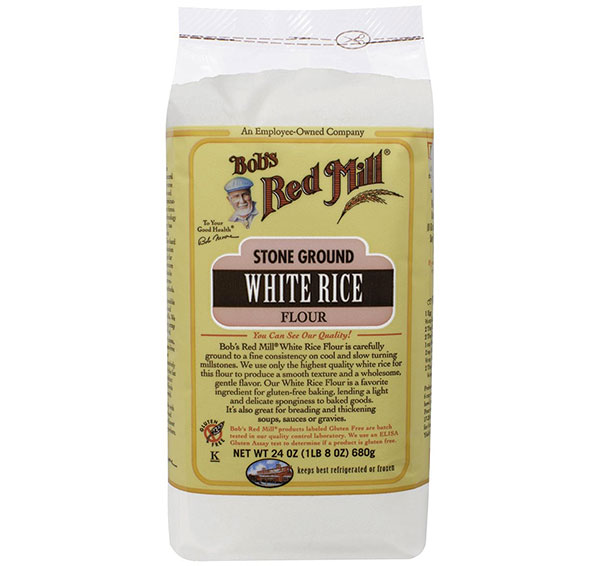 Another key to traditional Japanese tempura is that the batter should be mixed in small batches, and for best results, it should be cold. Work with chilled ingredients, and don’t mix the batter until the oil is ready to go. You also need to resist over-stirring it because you want to see small clumps of flour in there. (Some Japanese chefs use chopsticks to mix it to avoid overworking.) Traditionally, shrimp is the seafood of choice for this preparation, but you can use pretty much anything as long as the pieces are kept small.

Place a large, heavy bowl in your freezer or refrigerator to chill it. Completely dry off your fish with paper towels, then dust them in cornstarch. Preheat the oil to 365 degrees in an electric fryer. In a separate bowl, beat the egg yolk and then stir in the soda water.

Mix the rice flour, baking powder and salt in the chilled bowl, which you should now place inside a larger bowl filled with ice. Gently fold in the soda water mixture with a spatula until it is just mixed through. It should look like a thin pancake batter; if it looks too dry, add more soda water.

Start with the vegetables. Dunk them in the batter and let them drip for 3 seconds, and then drop into the hot oil. They will cook quickly, so two minutes should do the trick. Work in small batches to avoid overcrowding the fryer. When the veggies are done, add the fish to the fryer. When the oil begins to stop hissing and popping, after about three minutes, remove the fish to a metal drying rack and season with salt.

Serve with tempura dipping sauce or the sauce of your choice.

There are seven working smelt camps along the Kennebec River and its tributaries. Weekends can get busy, so call in advance. Expect to pay around $10 to $15 per person, plus another $6 for worms, to fish a tide.