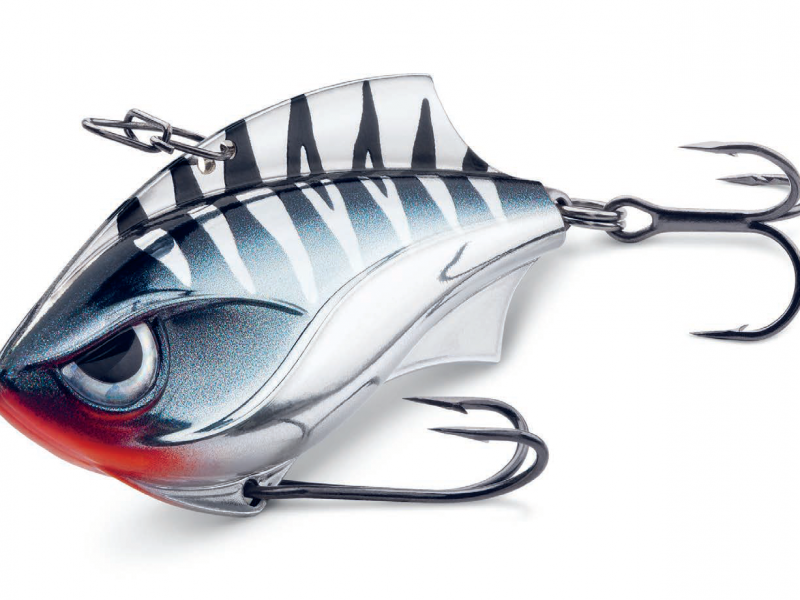 The word “versatility” is often used when referring to fishing lures; however, not many fit the bill, with most coming up short and leaving much to be desired. Strengths are exaggerated, weaknesses are overlooked, and anglers are left wondering whether the lures they’re purchasing are worth the money.

The Rap-V Blade, “V” standing for versatility, works as advertised. It’s a multispecies, multi-presentation, lipless crankbait made by Rapala. Unlike many lipless crankbait lures on the market, it doesn’t make lots of noise. Instead, it has a tight, nose down, side-to-side action, and swims 6 to 12 inches below the surface on a slow to moderate retrieve. The tight action of the Rap-V sends vibrations through the water so that cruising fish pick up on the movement with their lateral lines.

This lure is designed with six small ball weights, or what Rapala refers to as the rattle system, allowing anglers to make long casts, even into the wind. It comes rigged with a VMC treble on the tail and a double belly hook that tucks into the lure to avoid weeds and snags. Since the Rap-V Blade is a fast-sinking lure, it can be bounced off the bottom like a bladebait or cast and retrieved like a lipless crank.

The Rap-V is made in 16 colors and will tempt a wide range of freshwater fish, including largemouth and smallmouth bass, trout, walleye, northern pike, and pickerel.

Read more about the Rap-V Blade.