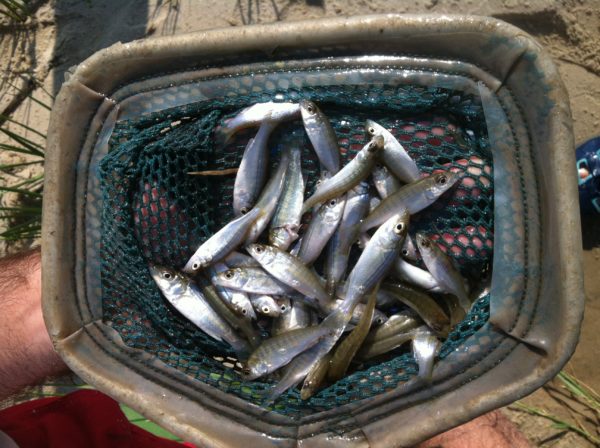 The Maryland Department of Natural Resources announced yesterday that the annual Juvenile Striped Bass Survey indicates that the 2016 striper spawn in the Chesapeake was well below average.  However, it also found one-year-old striped bass from last year’s very successful year-class in abundance.

Striped bass spawning success is strongly affected by environmental conditions such as rainfall and varies greatly from year-to-year, with occasional large year-classes interspersed with average or below-average year-classes. 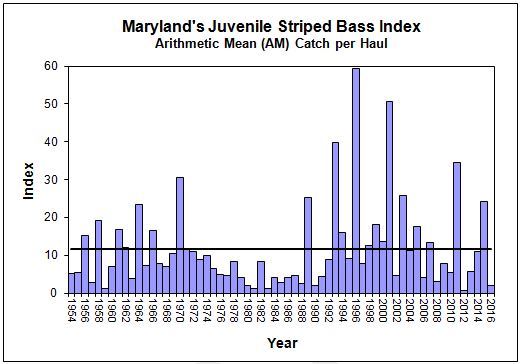 “While this year’s striped bass index is disappointing, it is not a concern unless we observe poor spawning in multiple, consecutive years,” said Fishing and Boating Services Director David Blazer. “Very successful spawning years, as recently as 2011 and 2015, should more than compensate for this below-average year-class. Nonetheless, the department and our partners will continue to work to maintain a sustainable fishery for our commercial watermen and recreational anglers.”

Survey results indicate that most anadromous species – fish that return to freshwater to spawn – experienced similarly low reproduction in 2016, potentially indicating that environmental factors such as dry weather and low river flows during the spring season may have contributed to the poor results. Intensive spring surveys found normal numbers of striped bass females on the spawning grounds, however sensitive egg and larval stages often don’t survive adverse conditions.

The department has monitored the reproductive success of striped bass and other fish in the bay since 1954. You can read more about the survey here.