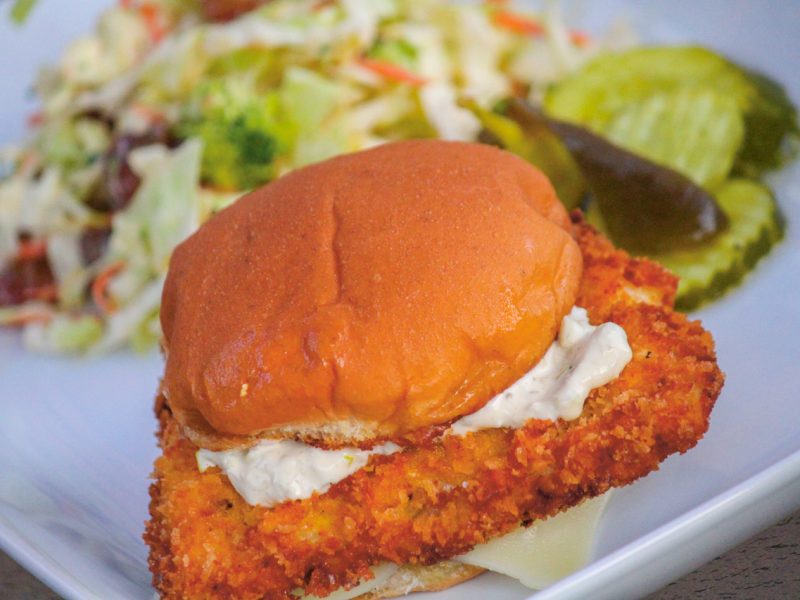 Give Me That Filet-O-Fish!

Of all the classic seafood preparations out there, perhaps none is more iconically American than the fried fish sandwich. From upscale restaurants to fast-food chains to home cooks like me, the mighty fish sandwich has become a favorite menu item for millions of diners.

The history of the fried fish sandwich is an interesting tale indeed. It’s a story of religion, ingenuity, capitalism, and fruition of the American dream. While no one knows for sure who the first chef was to partner crispy fried fish with a soft, squishy bun, we do know how the fish sandwich became a quintessential part of American cuisine.

A man named Lou Groen used his entire life savings to open a McDonald’s franchise in the town of Monfort Heights, Ohio, a suburb of Cincinnati. This was a time when Micky D’s was just getting started and was pretty much unheard of. In the beginning, Groen got off to a slow start. Despite working 16 hours a day and relying on his family for free labor, times were tough—especially on Fridays.

The population of Monfort Heights was around 90% Roman Catholic, and at that time, most Catholics abstained from eating land-based meat products every Friday of the year, not just during Lent. Fridays are traditionally one of the busiest days in the restaurant industry, and with a shop that relied on hamburgers to make money, Groen decided to take matters into his own hands. He began experimenting with a sandwich recipe using a fried halibut patty, tartar sauce, a hamburger bun, and two slices of cheese.

However, operating as a McDonald’s franchise, he couldn’t just slap it on the menu. So, in 1961 Groen pitched the idea to Ray Kroc, kingpin of the McDonald’s empire, who immediately shot him down. Kroc told him:

“Hell no! I don’t care if the Pope himself comes to Cincinnati–he can eat hamburgers like everybody else. We are not going to stink up our restaurants with any of your damned fish.”

With his business in jeopardy of collapsing, Groen persisted, eventually convincing Kroc to let him try selling the fish sandwich at his location for a single Friday.

Lou Groen’s Filet-O-Fish sandwich sold like hotcakes. His McDonald’s cranked out over 350 that day. Kroc gave Groen the green light to place it on his menu. The sandwich was introduced to other McDonald’s franchises in 1963 and have remained on the menu ever since.

Lou Groen never received any money for his creation, but in the end, he didn’t need it. The Filet-O-Fish sandwich saved his franchise and he went on to sell 2,324 fish sandwiches in the first month alone.

Groen ended up purchasing 43 McDonald’s franchises by the time he retired in the 80s. They were generating over $60 million per year in sales. He retired a very rich and happy man.

While I must admit I have never dined on a McDonald’s Filet-O-Fish sandwich, I do consider myself a bit of a fish sandwich aficionado.

My favorite recipe is based on Jimmy John Liautaud’s. Jimmy John is an avid fisherman and founder of Jimmy John’s Gourmet Sandwiches. Like Lou Groen, Jimmy John’s is another classic American entrepreneurial success story, but that is a story for another day.

His fried fish sandwich recipe is outstanding. Double-dipping the fillets in the crackers and then in panko results in a perfect, crispy crust.

Add the eggs to a shallow baking dish and sprinkle with salt and pepper. Pulverize the crackers in a food processor and spread them out on a plate. On another plate, spread the panko, and sprinkle it with salt and pepper. Dip the fish pieces first in the egg, then in the crackers, back into the egg, and, finally, into the panko. As you finish with each piece, place the breaded fish on a wire rack set on a cookie sheet. Cover the breaded fish with plastic wrap and refrigerate for at least one hour (this will help the coating adhere to the fish while frying.)

Add 2 to 3 inches of peanut oil to a large, heavy pot set over medium-high heat. Heat the oil to 350 degrees. In batches, fry the fish until cooked through and golden brown, about 4 minutes. Drain the fish on the wire rack and season with salt.

To assemble, place a slice of cheese on the bottom bun, add the fish and smear on some remoulade sauce. Serve with coleslaw and baked beans!

Mix together the garlic, butter, salt and pepper. Spread it on the insides of the buns and toast in the oven until lightly browned.

Place all ingredients in a food processor and blend until smooth. Chill until ready to serve. 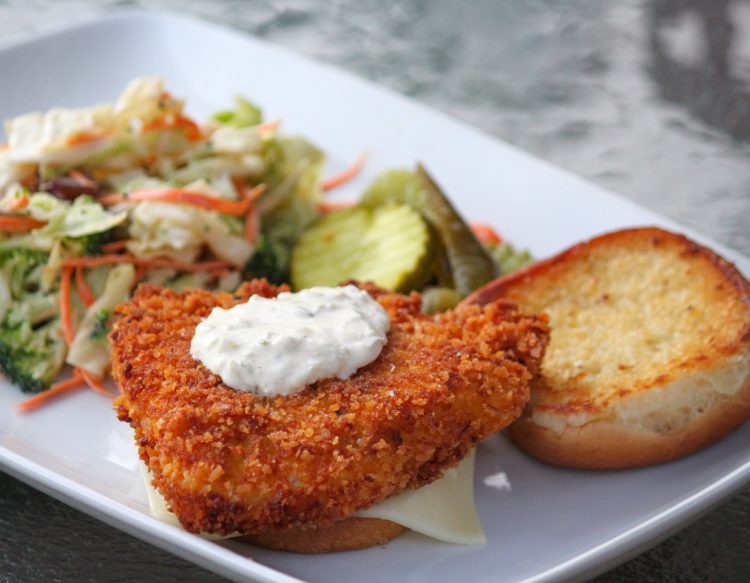 This article was originally published in August 2019.