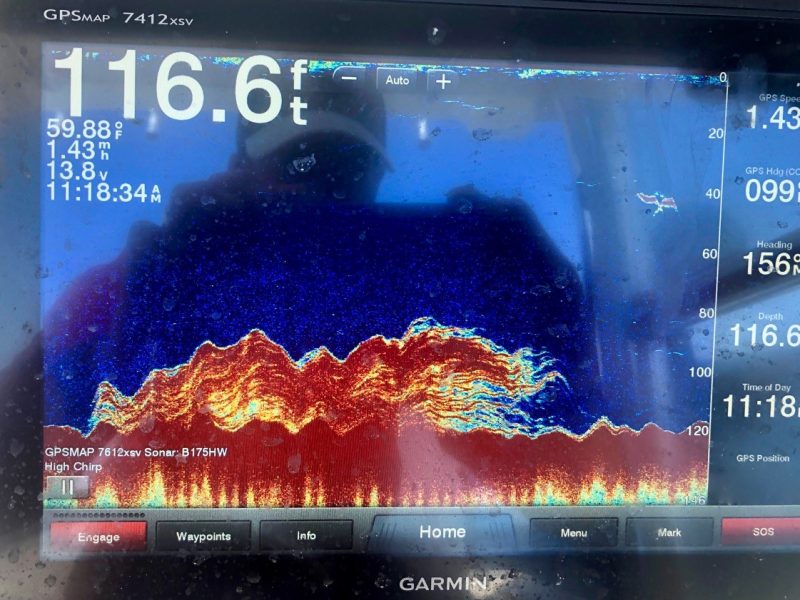 With a fleet of three center console boats, Captain Bobby Rice has his fish-finding electronics dialed-in.

When trailering the 33-foot Invincible, Done Deal, to the boat ramp, there is a fair chance, especially during the spring and early summer striper migration, that Captain Bobby Rice will be greeted by dense fog. Having operated Reel Deal Charters for the past 20 years and fishing out of Truro, Massachusetts his entire life, he could probably navigate his home waters by compass alone, but to keep himself and his clients safe, Rice relies on his radar, a Garmin GMR 1224 xHD2. 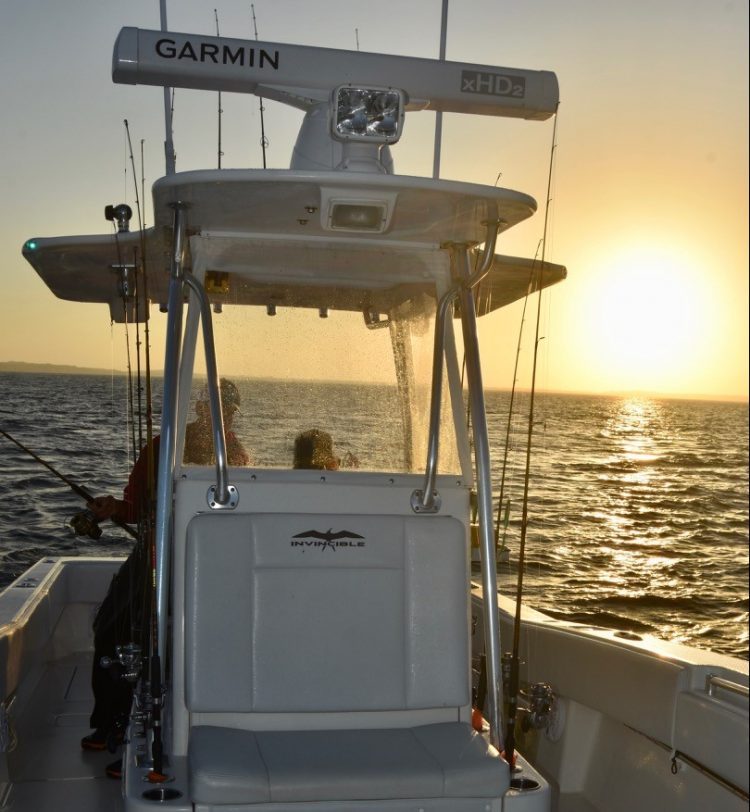 “It’s a rock-solid radar with excellent definition that also offers useful configuration settings for pulse expansion and echo trails. I rely exclusively on my radar when traveling in the fog and could not leave the dock without it. Bird mode is very helpful, too.”

“Bird Mode” dials in the radar to the best settings for picking up flocks of birds. Besides finding flocks of birds on foggy days, Rice uses it on clear days to pick up tightly packed flocks of birds beyond his binocular range—up to 3 miles away.

For locating the fish beyond radar range, Rice uses his next most important tool—his network. Rice’s Reel Deal fleet consists of three boats, the Done Deal, a 33-foor Invincible, and the Reel Deal II and Reel Deal 3, both 26-foot SeaCrafts. 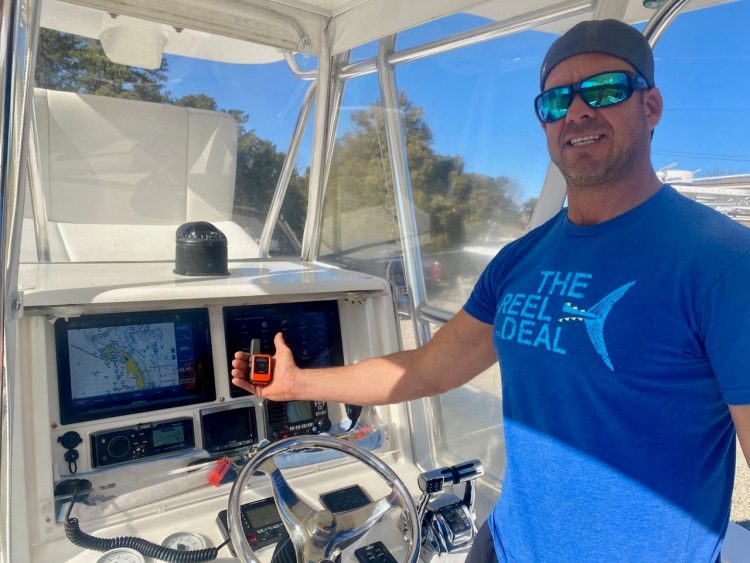 When out of cell range, Rice stays in touch with the other Reel Deal captains with Garmin inReach Mini handhelds. This allows them to share intel without alerting the entire fleet over the GPS. Clandestine information sharing is really a side benefit to the true purpose of the inReach, which is safety and economy.

According to Rice, “They’re a great and affordable option for satellite communication when out of cell range. A typical satellite phone requires an expensive monthly service plan that cannot be suspended during the off-season. However, the inReach Mini offers a professional satellite texting plan at twenty-five dollars per month that can be suspended during the off-season. The device integrates via Bluetooth to your cell phone or via ANT+ with the Garmin chartplotter.”

The inReach also functions like another EPIRB, and helps Captain Elena Rice monitor the locations of the Reel Deal boats from land in Truro. 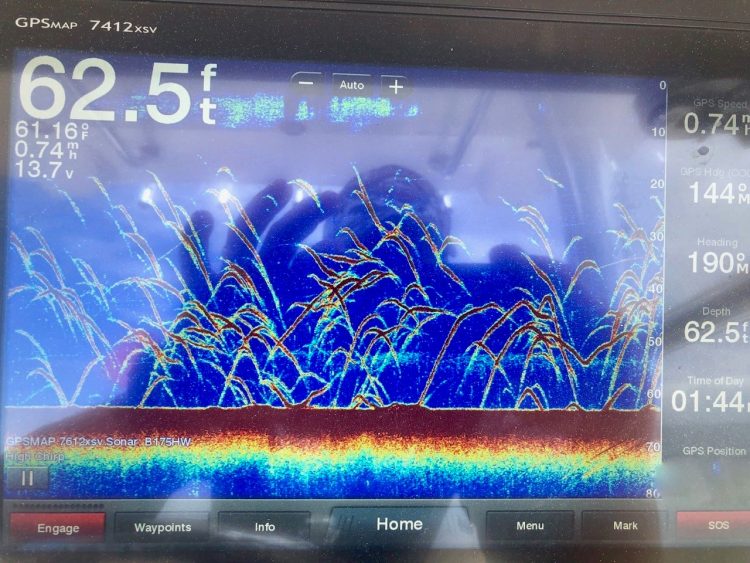 When the bass and tuna aren’t showing on the surface, Rice relies on his sonar to track them down.

“I have an Airmar B175HW transducer in High Chirp that works exceptionally well for marking striped bass and tuna. The constant width beam is a key feature in getting a wide view even in the higher frequencies,” says Rice.

To stay with the fish after finding them, Rice uses the SideVu capabilities of his Garmin GT51-TM Transducer. It paints such a clear picture of the fish next to the boat that he can even tell which way they are heading. 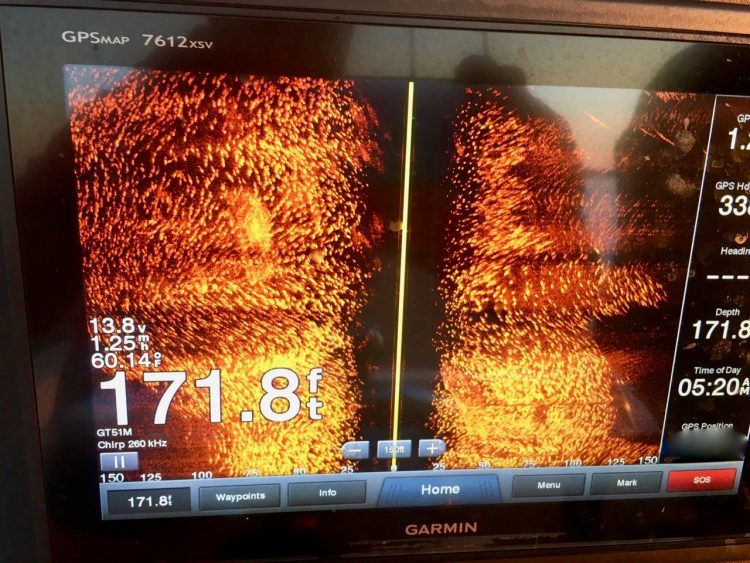 Throughout the Cape Cod fishing season, and especially in the fall, the weather changes fast. To stay ahead of the weather, he takes advantage of SiriusXM integration on his Garmin Chartplotter. By overlaying the marine weather warnings on the chart, Rice is able to avoid incoming weather and make certain his clients get back to land, safe and sound.