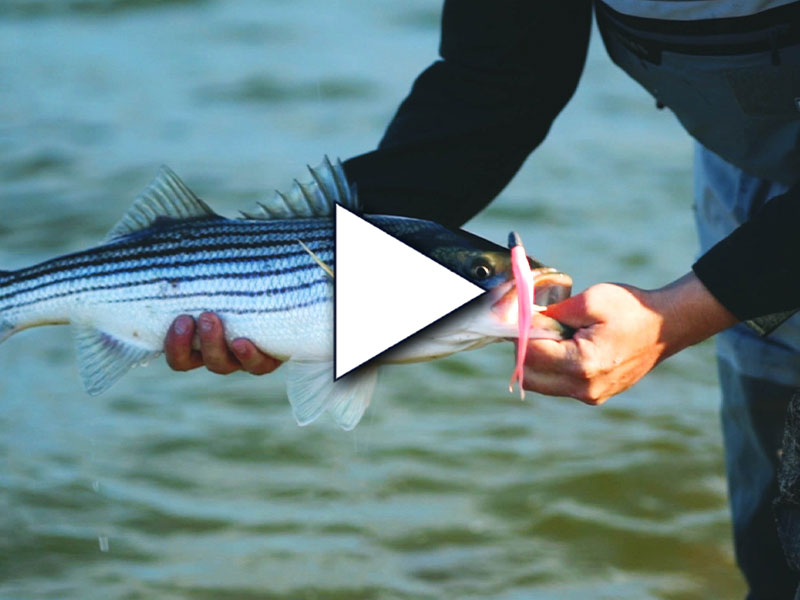 Thank you to everyone who watched our videos in 2021. We released more than 70 new fishing videos this past year, covering everything from tiny rainbow smelt to giant bluefin tuna. Below are some of our favorites (and yours) from the past year.

We’ve got lots more in the works for 2022, so if you haven’t yet, be sure to subscribe to our YouTube Channel, so you don’t miss a video. – OTW Producer, Adam Eldridge

We partnered with WestMarine to produce 26 “Striper Season Updates” in 2021. These all began with a brief striper fishing report, followed by a conversation about a striper fishing topic. We covered minnow plugs, mung, night fishing, striper myths and more. This one, while not the most viewed, was definitely the most fun, as Kevin Blinkoff and Jimmy Fee try to remain mature while discussing the life cycle of the cinder worm, a favorite spring food of the striped bass.

We released more fishing tutorial videos in 2021 than we ever had before, and plan to ramp that up even further in 2022. Here’s one that gained a significant amount of views over the last year, as the saltwater season waned, and fishermen looked to get into this unique and effective style of fishing for the fall and winter trout season.

3. At The Rail: Montauk Fluke

We launched our first “mini-series” this past year, wherein we explored the crews and the culture of the Northeast’s party boat fishing scene. Hosted by Anthony DeiCicchi and Jimmy Fee, we travelled from New Jersey to New Hampshire, targeting haddock, porgies, tog, and more. This episode on fluke fishing out of Montauk, New York, was our most viewed of the series.

2. Living Off the Land and Sea: Catch, Clean, and Cook Oysters

Our resident forager, chef, apiarist, etc, Andy Nabreski gave us a rundown on the oyster program on Cape Cod, and then shared one of his favorite recipes for these bivalves. This video gained more than a quarter-million views on Facebook.  You can expect to see more videos from Andy  in 2022, but that’s all we can say for now!

In 2021, we released the 18th season of On The Water’s Angling Adventures on NBC Sports Boston. A couple days after each new episode airs, we also share it on our website and YouTube Channel. This was our most viewed episode of season 18, filmed in the spring of 2020, when the stripers were returning, and we were beginning to emerge from the first round of COVID-19 lockdowns. Fishing provided for us, and for many others, at least some semblance of normalcy in trying times.