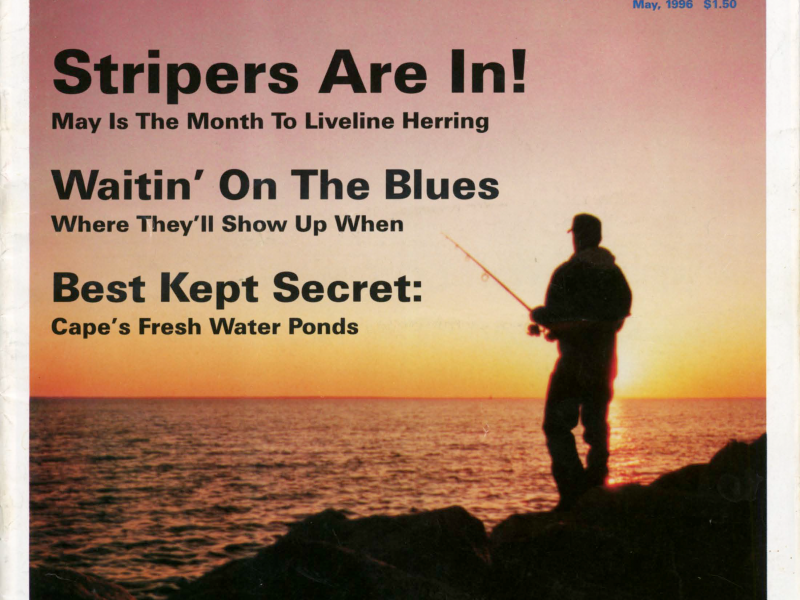 Issue #1 of On The Water Magazine

So much has changed in the fishing world since May 1996—but many things remain the same. The cover bullets on the very first issue of On The Water Magazine are a perfect example.

The first teases an article on live-lining herring for stripers, a tactic that’s no longer legal anywhere in the Northeast except the Hudson River. River herring were granted protection, and fishermen who used to mark the beginning of their bass seasons by loading up their herring pens had to seek new ways to pursue spring stripers. Many fishermen today weren’t even fishing at a time when using herring for stripers was allowed. 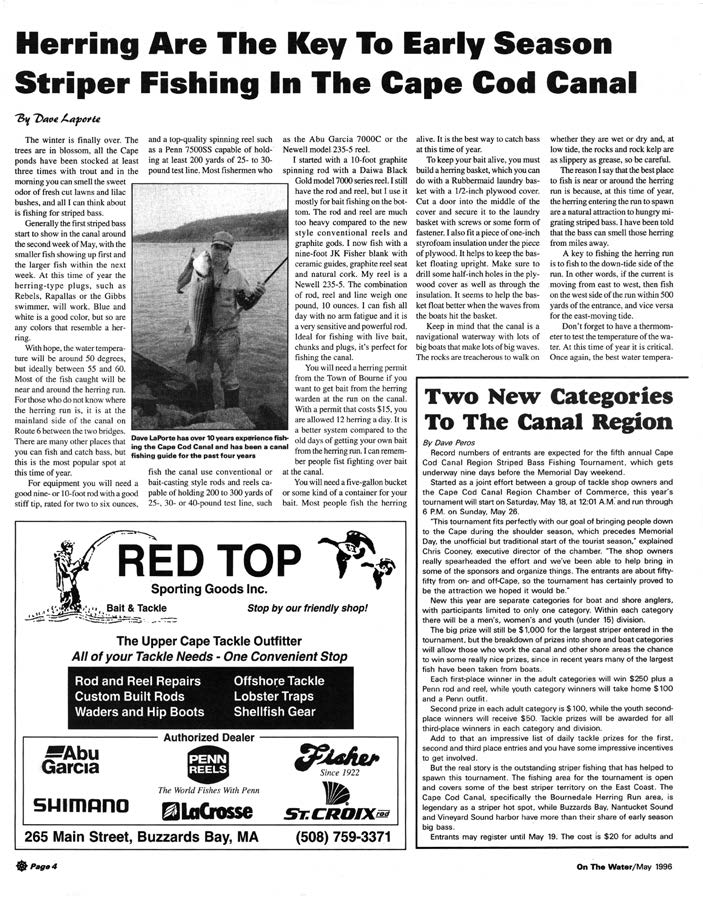 The second bullet is one we can still very much relate to today—waiting for the bluefish to arrive. In May 1996, as in May 2021, the bluefish are an integral part of our spring fishing seasons. We eagerly await these savage predators to return from their wintering grounds, hungry for the bunker, herring, and squid swimming close to shore.

In May 1996, On The Water covered only Cape Cod and the Islands, and covered pleasure boating in addition to fishing. Some of the writers in the first issue still write for OTW, like Captain Dave Peros, who still pens a monthly column in our New England Issue today, sharing more of his inexhaustible fishing wisdom and wit, just as he did in several feature articles in our inaugural issue. 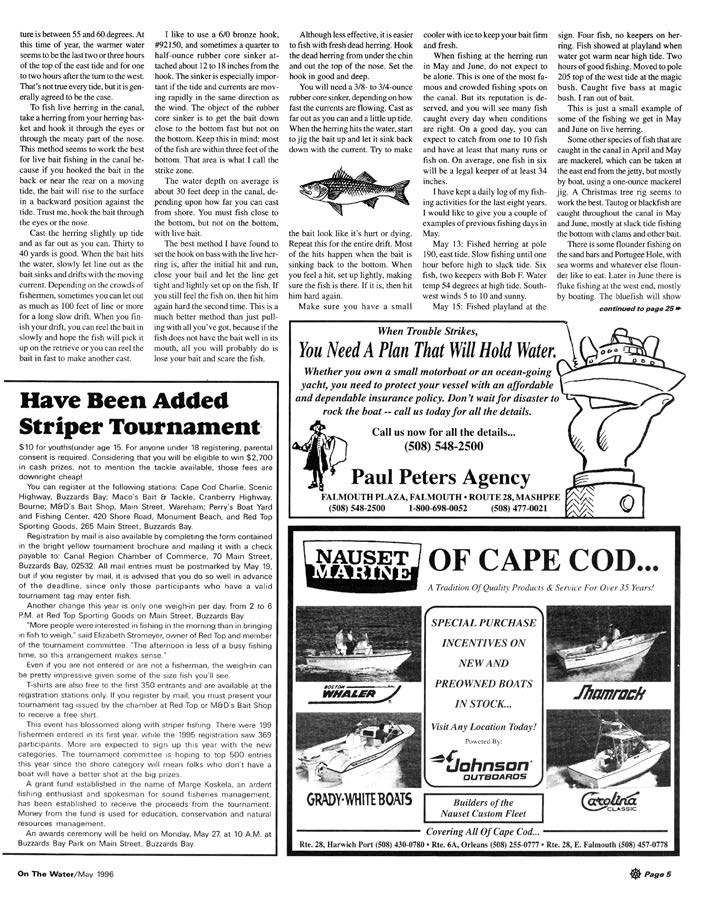 The ads and photos in that issue serve as a time capsule for just how long 25 years is in the fishing universe. We can see how logos of familiar fishing brands, like St. Croix, have changed, and how others, like Shimano, have remained the same. Judging by the photos, the flat-brim trucker hat was seemingly in vogue in 1996, as it is once again in 2021, though with a seemingly younger audience. 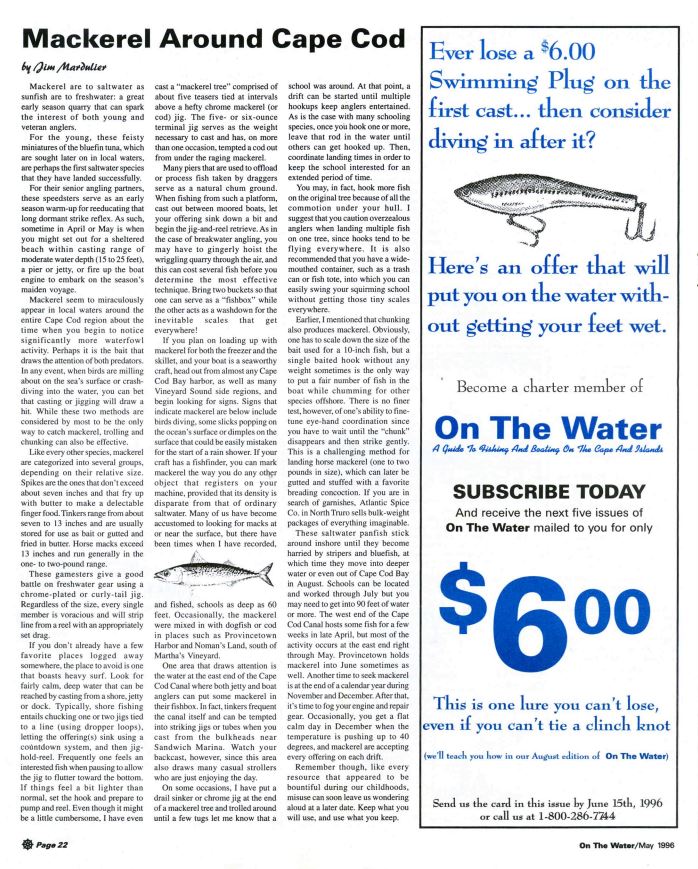 Fishermen blaming cell phones, the internet, and social media for crowded conditions at their favorite beaches might be surprised to see that some places, as in the photo on page 13, always drew a crowd when the fishing was good.

Issue one of OTW was a mere 30 pages, less than one-third the size of our magazine today, and for that, we have you to thank. Whether you picked up your first issue of On The Water in 1996, or this issue is your first, thank you for your support. We hope to continue to be your Angler’s Guide for many years to come.