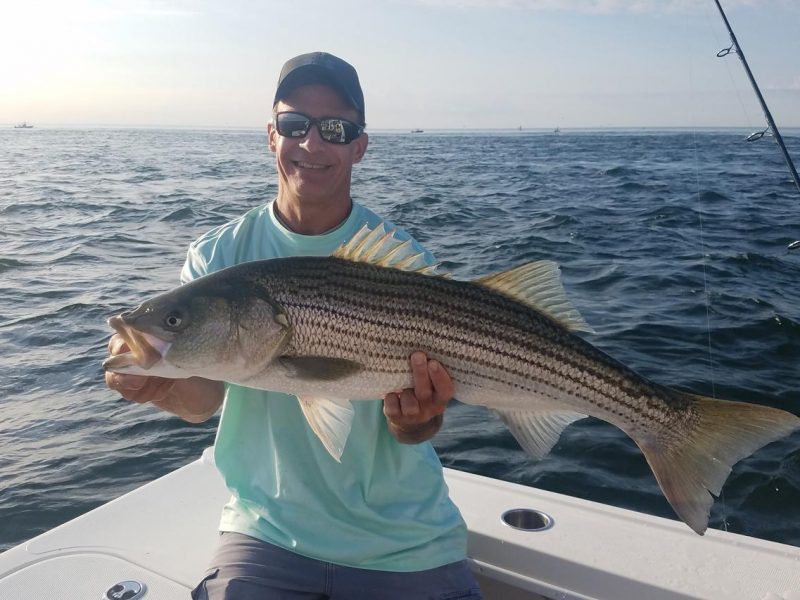 The Atlantic States Marine Fisheries Commission’s Atlantic Striped Bass Management Board met to review public comments and Advisory Panel (AP) recommendations on the Public Information Document for Draft Amendment 7 to the Interstate Fishery Management Plan (FMP), and provide guidance on which issues to include in the Draft Amendment. The purpose of the amendment is to update the management program in order to reflect current fishery needs and priorities given the status and understanding of the resource and fishery has changed considerably since implementation of Amendment 6 in 2003. The Board intends for the amendment to build upon the Addendum VI (2019) action to end overfishing and initiate rebuilding.

Prior to the Board’s deliberations, Commission Chair Patrick Keliher provided opening remarks urging the Board to take action to address the downward trend of the Commission’s flagship species. He stated, “While we are not at the point we were in 1984, the downward trend of this stock is evident in the assessment. For many of the Commission’s species, we are no longer in a position to hold hope that things will revert to what they have previously been if we just hold static. The change is happening too fast and action needs to be taken.” He further requested the Board to consider “what is best for this species, and also what is best for the future of the Commission.”

After its review of the AP report, input received at the 11 virtual public hearings (targeting stakeholders from Maine to Virginia), and the more than 3,000 submitted comments, the Board approved the following issues for development in Draft Amendment 7: recreational release mortality, conservation equivalency, management triggers, and measures to protect the 2015 year class. These issues were identified during the public comment period as critically important to help rebuild the stock and update the management program. In its deliberations, the Board emphasized the need to take focused and meaningful actions to address the declining stock and allow for the expedient development and implementation of the amendment.

While the coastal commercial quota allocation issue will not be included for further consideration in the Draft Amendment, the Board requested staff from the Commission and the State of Delaware prepare background information, options, and timelines for possible inclusion in a separate management document. The remaining issues that will not be developed as part of the amendment will remain unchanged from current management measures. However, they can be included in the adaptive management section of Draft Amendment 7 and addressed in a separate management document following approval of the final amendment.

As the next step in the amendment process, the Plan Development Team (PDT) will develop options for the four issues approved by the Board for inclusion in Draft Amendment 7. The Board will meet again during the Commission’s Summer Meeting in August to review the PDT’s progress on the Draft Amendment and recommend any further changes to the document. Based on progress made on the Draft Amendment, the Board’s next opportunity to meet and consider possible approval of the document for public comment will be in October during the Commission’s Annual Meeting.

The press release can also be found at http://www.asmfc.org/uploads/file/60957a49pr10StripedBassAm7Development_final.pdf