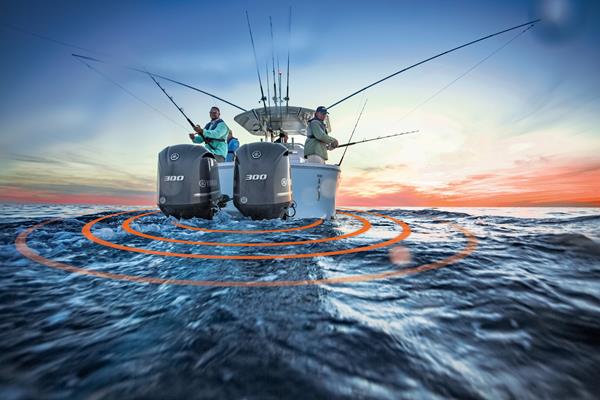 Yamaha Motor Corporation has announced a strategic alliance with Siren Marine, manufacturer of marine-based IoT (Internet of Things) solutions. It is Yamaha’s most recent step to reinforce CommandBlue™, a philosophy that represents a commitment to move engineering and development into the realm of the customer, ultimately delivering products that are easier to use and creating greater satisfaction and confidence on the water.

“Our relationship with Siren Marine will help us lead the marine connected and digital technology race,” said Ben Speciale, President of Yamaha U.S. Marine Business Unit. “Siren Marine devices, software and two-way communication will link to current and future integrated control systems developed by the engineers in our U.S.-based Yamaha Boat Power System division (BPS), the team we formed in 2018 that is reimagining how boaters interact with Yamaha products.

“CommandBlue drives product development through fresh thinking from a customer point of view. This alliance with Siren – the definitive leader in Connected Boat technology — is part of that philosophy. The end game will be boats with integrated Yamaha systems that can be monitored and managed by a hand-held device. Ultimately, the alliance will lead to an even higher level of service, lower costs, greater convenience, and peace of mind for Yamaha boaters.”

Based in Newport, Rhode Island, Siren Marine was established in 2011 by Daniel Harper, a licensed captain, sailor and computer/electronics entrepreneur who led the company until his unexpected death last January.

“We want to continue to move in the direction charted by our late founder,” said Siren Marine CEO Jeffrey Poole. “We can’t imagine a better partner than Yamaha to help elevate the true power of marine IoT technology. Yamaha can develop power systems that make full use of the capabilities of IoT, and we can develop IoT platforms focused on the innovations brought by those power systems. We also look forward to working with Yamaha’s exclusive builders, who produce some of the highest quality boats in the business.”