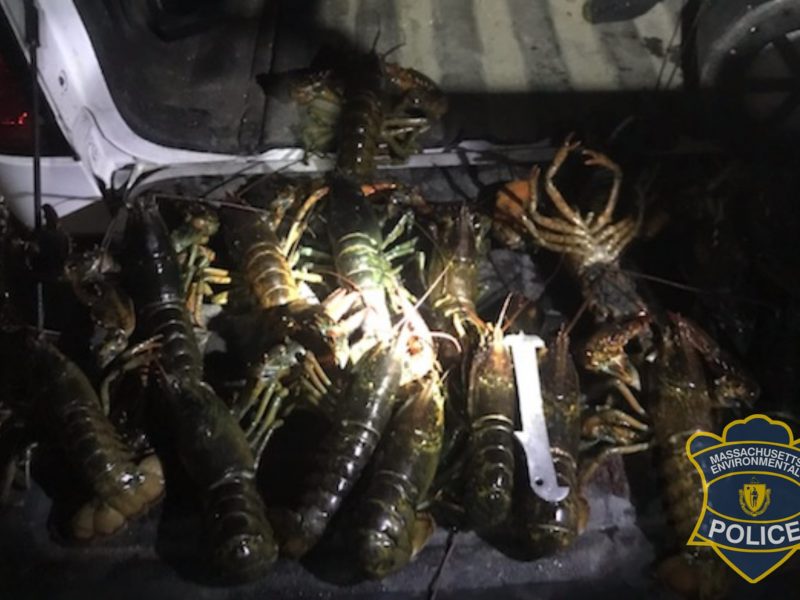 On the night of Friday, December 4, 2020, Massachusetts Environmental Police received a complaint that divers were in the water at Lane’s Cove in Gloucester without a dive flag, as required by law. Upon arrival, Officers encountered two divers leaving the area. After a brief interview, Officers conducted an inspection of their gear. The inspection resulted in the discovery of 18 lobsters, 16 of which were undersized and 2 were egg-bearing females.

The divers were subsequently issued criminal summonses for failure to display, taking lobsters at night, possession of undersized and egg bearing lobsters, no dive flag, and other permit violations. The lobsters were seized and returned to the waters of the Commonwealth.

It is illegal for lobsters to be harvested at night by any means. Furthermore, recreational permit holders are only allowed 15 lobsters per day per permit, and divers are required to measure all lobsters in possession prior to surfacing. The taking or possessing of undersized or egg-bearing female lobsters is strictly prohibited.