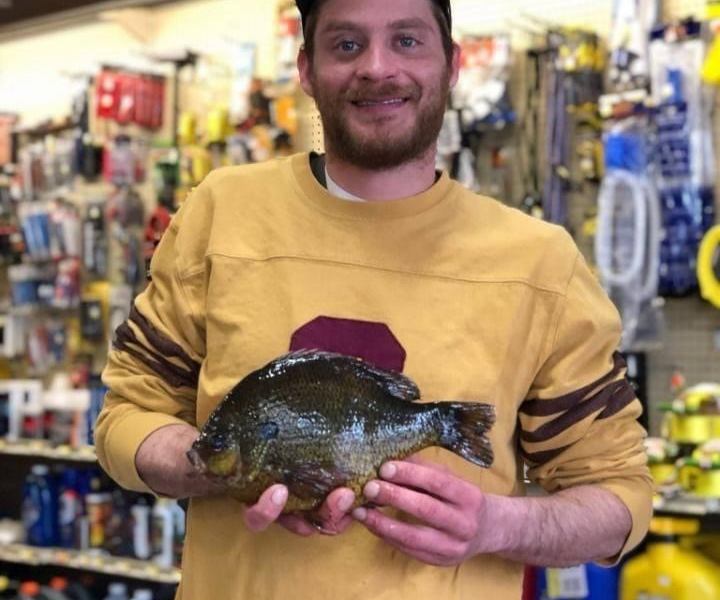 It was a slow morning on the Black River near Watertown in Jefferson County on January 26, 2020, but persistence paid off when he reeled in a massive sunfish through the ice. Knowing he had a contender for the New York State Winter Classic Fishing Tournament, he brought the fish to Chaumont Hardware for an official certified weight. At 1 lb. 9 oz., Jordan’s fish had physical features of both pumpkinseed and the bluegill sunfish species, so he brought it to DEC’s Region 6 Office for biologists to examine. The verdict remained inconclusive, especially considering bluegill and pumpkinseed often hybridize. Seeking a final answer, he drove his mystery sunfish across the state to Albany for identification by ichthyologists at the New York State Museum. Recent DNA sequencing results concluded the fish was indeed a pure pumpkinseed. Congratulations Jordan!