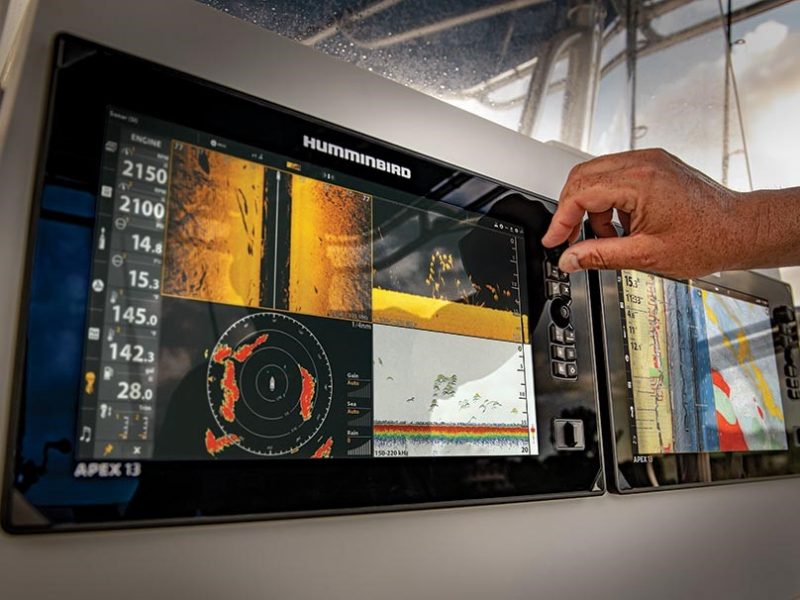 Humminbird has announced the release of their APEX series of multi-function-displays, featuring their most-advanced fish finding technology, fastest processing, and sharpest displays yet. Targeted at the most demanding fishermen, the top-of-the-line APEX Series joins the SOLIX and HELIX series of fish finders in the Humminbird fish finder lineup. APEX is available in six models and three sizes – 13 inches, 16 inches, and 19 inches –  ranging from $3,699.99 – $4,999.99.

[Visit Humminbird for more information about the APEX Series]

RACINE, Wis., Nov. 16, 2020 – Humminbird® announces the next level in fish finder technology with the launch of the new APEX™ series. Now combining Humminbird’s best-in-class sonar technologies and full networking capabilities on a full-HD display, APEX delivers the clearest and most-detailed display of sonar and chart technologies and represents the pinnacle of marine electronics innovation.

The full-HD, 1920 x 1080 display allows anglers to see sonar and chart images with incredible detail, ensuring no fish goes unseen, on their choice of 13”, 16” or a massive 19” display. APEX’s Cross Touch™ Interface is powered by a powerful dual core processor that provides lightning-fast intuitive control, as well as customization of features from either the touchscreen or the softkey inputs. Thanks to its low-profile design, APEX provides a sleek, custom look when mounted in-dash, with your choice of the included front mount in-dash kit or available rear mount in-dash kit, ensuring APEX will be a natural fit at any helm. 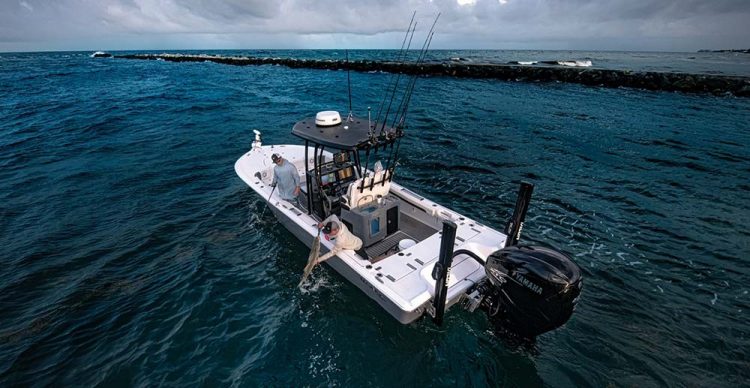 Humminbird APEX will help you locate fish you cannot see with sonar, side-imaging, and down imaging.

In addition, APEX offers an industry-leading collection of navigation and networking options, allowing anglers to customize the MFD to their fishing and vessel needs.  Starting with built-in GPS and Humminbird Basemap, anglers have chart coverage for the entire continental U.S. coastline and 10,000 inland waters. Additional premium chart options from Humminbird CoastMaster™, LakeMaster® and Navionics® offers anglers everywhere the confidence and information of complete chart coverage. For those looking for advanced networking, APEX has many options, including:

The new APEX Series from Humminbird is offered in 13”, 16” and 19” models and supports MEGA Side Imaging+, MEGA Down Imaging+ and Dual Spectrum CHIRP 2D sonar, as well as optional accessory 2D CHIRP transducers. Anglers have their choice of either standard APEX chartplotter models that include a transom-mount transducer, or APEX CHO (Control Head Only) models, which gives them the option to pick an accessory transducer to match their specific needs. APEX models come with a 2-year limited manufacturer’s warranty are available in six models ranging from $3,699.99 – $4,999.99.

“At Humminbird, we know that for some, the pursuit of the next bite knows no bounds. And in APEX, we created a product that delivers on the need for peak performance and leaves excuses at the pier.” said Matt Cook, Humminbird brand manager, Johnson Outdoors Marine Electronics. “When chasing fish on the big water, APEX provides captains everything they need, including near-limitless networking options, that provide the information and control to needed to face any fishing scenario.”