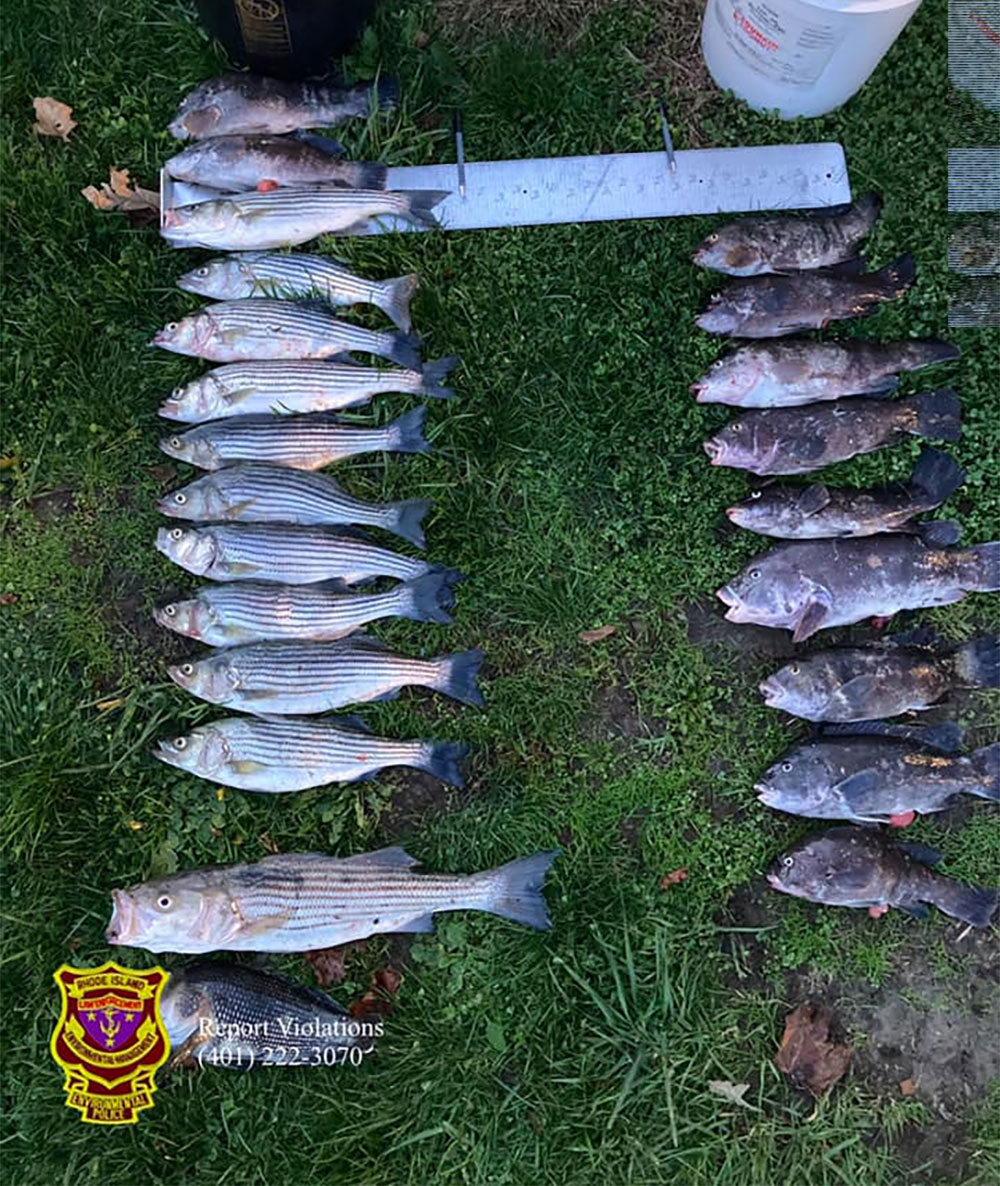 Yesterday while on routine patrol, an Environmental Police Officers from DEM’s Division of Law Enforcement spotted two men walking back to their vehicle, which was parked near Brenton Point State Park in Newport, carrying buckets and fishing equipment. When the officer turned back to check them, one of the buckets had disappeared. Quickly searching the area, the officer found the bucket hidden behind a stone wall containing several undersized tautog as well as one of the men’s cell phones. The officer also found several undersized striped bass in the bucket the second man was still holding.

Both poachers were found to have extensive histories of warnings and arrests with Division of Law Enforcement for past fishing violations. They were charged with exceeding the daily limit and possession of undersized striped bass and tautog. The seized fish were returned to the water due to their condition.

Help us protect what is yours for future generations. Report violations to our 24-hour dispatch center at (401) 222-3070.