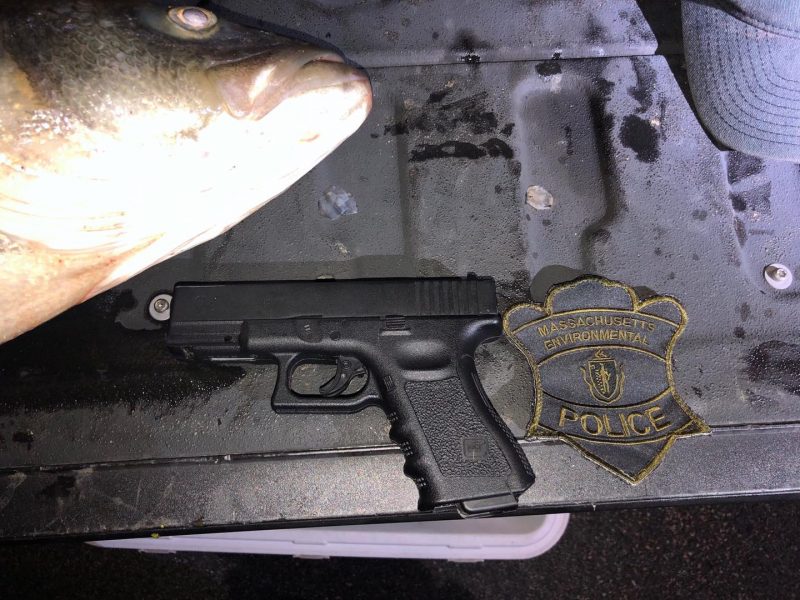 Another Officer on patrol located a trash bag containing 8 striped bass hidden along the Canal where a large group had been fishing earlier. Located beside the trash bag was a black pellet gun that was a near exact replica of a semi-automatic pistol.

Officers also found five individuals actively fishing on posted private property. Officers evicted the men from the area, seized their fishing gear, and issued each of them summonses for the charge of trespass.

The 8 abandoned and 1 seized striped bass were donated to the Plymouth Area Coalition for the Homeless.