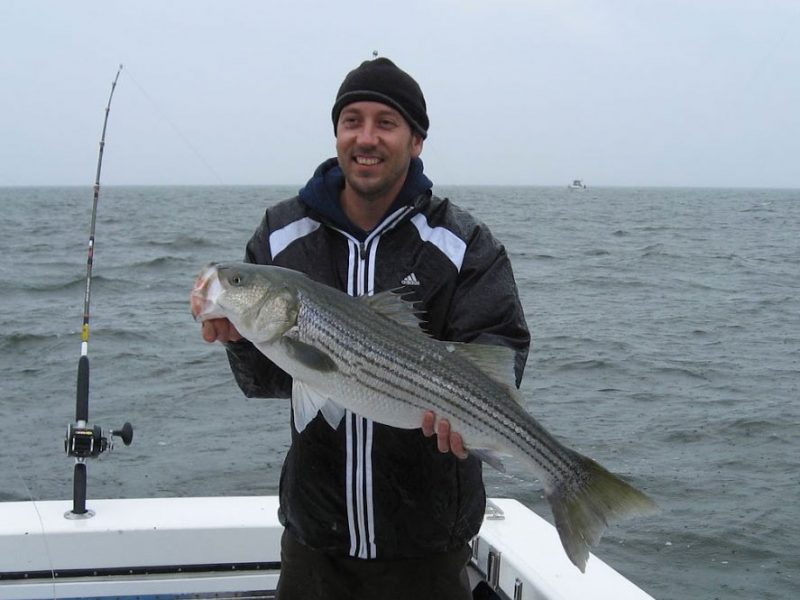 “We realize that in order to ensure the health and abundance of striped bass in the future, immediate and difficult management decisions must be made now,” the coalition stated in their letter. “However, Maryland’s current preferred conservation equivalency options unfairly place the vast majority of the burden on the private recreational fishery and may not contain measures necessary to bring on-the-water results to end overfishing and begin rebuilding the striped bass population.”

On October 30, members of the Atlantic States Marine Fisheries Commission (ASMFC), the interstate body charged with jointly managing the Atlantic coast’s shared migratory fishery resources, voted to reduce striped bass removals by 18% in the recreational and commercial fisheries from North Carolina to Maine. ASMFC encouraged the states to share the reductions in harvest evenly between commercial and recreational sectors. However, Maryland has chosen to place the cuts almost entirely on the recreational sector and then unfairly target anglers fishing from their own boats more than charter/for-hire boats.

Of the management options on the table, the groups support only Option #1, the coast-wide, ASMFC preferred management option of one fish at 18 inches for the recreational sector in the Chesapeake Bay. Only Option #1 provides an equitable distribution of the harvest reduction across the recreational sector and the best opportunity to end overfishing and begin rebuilding the striped bass population. Of Maryland’s proposals, both Option #2 and Option #3 seek to reallocate fish away from the private angler to the charter/for-hire fleet by allowing charter boat anglers to retain two fish per person while private anglers are limited to one fish.

Furthermore, earlier this year, stakeholders overwhelmingly opposed a closure of catch and release fishing (including no targeting) in March and April because the approach was based on catch data with a high degree of uncertainty. Despite broad opposition, Maryland moved forward with an April closure which will have a negative economic impact with little benefit to the striped bass population because release mortality during those cold weather months is low.

Maryland’s anglers contribute millions of dollars to the economy and conservation: