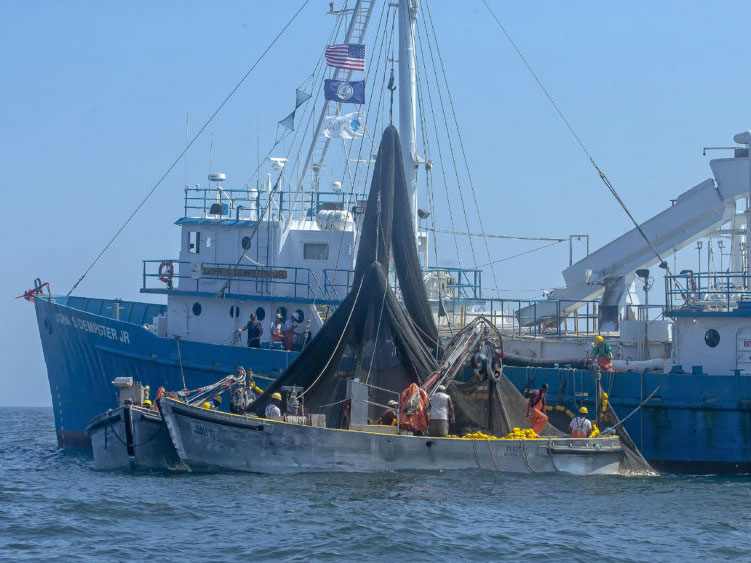 U.S. Secretary of Commerce Wilbur Ross today issued a decision cracking down on overfishing in the Chesapeake Bay and paving the way for better management of the menhaden fishery.

Ross found the state of Virginia out of compliance after foreign-owned Omega Protein willfully violated the fishing cap on menhaden, a key food source for striped bass, in the Chesapeake Bay.

“Secretary Ross made the right move in standing with recreational fishermen,” said Whit Fosburgh, president and CEO of the Theodore Roosevelt Conservation Partnership. “Reduction fishing for menhaden threatens the livelihoods of thousands of hard-working fishing guides and tackle shop owners and impacts everything from striped bass to whales. Today’s decision holds Omega accountable and sets the stage for improved management of this important forage fish.”

“U.S. Commerce Secretary Ross’ decision to hold Omega Protein accountable for their actions demonstrates clear conservation leadership to the sportfishing and boating industry and anglers along the Atlantic Coast,” said Glenn Hughes, president of the American Sportfishing Association. “This decision comes at a critical time because menhaden’s top predator, Atlantic striped bass, is currently in poor condition and the Chesapeake Bay is the primary spawning and nursery area for the species. We thank Secretary Ross for recognizing the value menhaden brings to the recreational fishing community and America’s outdoor recreational economy.”

“The ASMFC’s Policy Board has some of the finest fishery managers in the country on it and they unanimously found Virginia out of compliance with the Menhaden Fishery Management Plan. Upholding the ASMFC’s non-compliance finding for Virginia was simply the right thing to do,” said David Sikorski, executive director of Coastal Conservation Association Maryland. “We applaud Secretary Ross for defending both the management system and the forage base in the Chesapeake Bay.”

“Implementing responsible conservation practices across all fisheries is essential to the long-term wellbeing of marine ecosystems and we thank Secretary Ross for doing just that by swiftly addressing menhaden overfishing in the Chesapeake Bay,” said Frank Hugelmeyer, president of the National Marine Manufacturers Association. “Healthy and sustainable forage fish and sportfish stocks are equally important to the recreational boating and fishing community and this decision is a major step toward protecting and rebuilding both of these critical populations.”

Since October, tens of thousands of recreational anglers, dozens of business and organizations, and nine Governors along the east coast, including Virginia Governor Ralph Northam, have all requested that the Secretary take action on this issue. The Virginia General Assembly, which meets in early 2020, must now decide whether to transfer management of menhaden to the Virginia Marine Resources Commission or face a moratorium on fishing for Atlantic menhaden.

According to a recent scientific study, menhaden reduction fishing contributes to a nearly 30 percent decline in striped bass numbers. The striped bass fishing industry contributes $7.8 billion in GDP to the economy along the Atlantic coast.