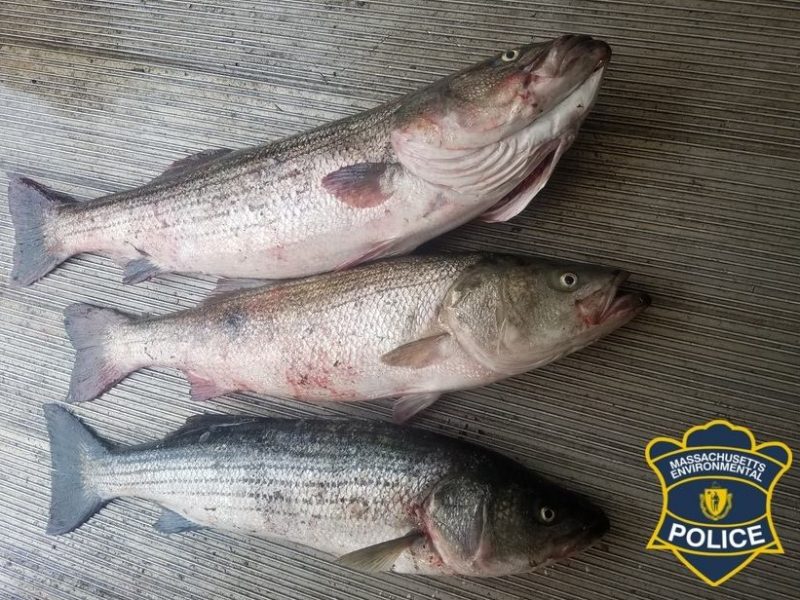 Last year, there was an unprecedented mid-summer striped bass blitz along the Cape Cod Canal. This produced incredible catches, as well as infamous levels of poaching. Many publicized violations became high profile on social media and the talk of the waterfront.

For the past several years, the abundance of black sea bass along the state’s south coast coupled with a conservative bag limit has tempted anglers to ignore the rules, and there have been numerous cases of black sea bass bag limit and size limit violations.

Meanwhile, most commercial and recreational fishermen are frustrated with the negative impacts poaching continues to have on stock health and future fishing quotas and limits. Conservation-minded fishermen have been demanding stronger measures for violations.

In response, Massachusetts DMF and the MEP are seeking several remedial measures, including an increase in permit sanctions such as suspensions, revocations and non-renewals.

“State, federal and municipal agencies that are authorized by legislature to issue permits are also authorized to revoke such permitting in instances where the use of the permit is being abused,” said DMF Deputy Director Dan McKiernan. “DMF has historically utilized this process to suspend, revoke and not renew commercial fishing permits. What is new is the number of adjudicatory proceedings that DMF is conducting and first-ever sanctions on recreational fishing permits.”

Whereas prior years included only a handful of hearings annually to address commercial fishery violations, this past year DMF has conducted 15 adjudicatory proceedings for recreational and commercial fishing permits for violations of fishery regulations.

“DMF is, essentially, taking back the permits that it has issued to individuals who use them to poach,” said McKiernan. “We expect these sanctions will serve as deterrents to poaching but may only be the first of many steps necessary to improve the conservation ethic among Massachusetts fishermen.”

See How Poachers are Punished