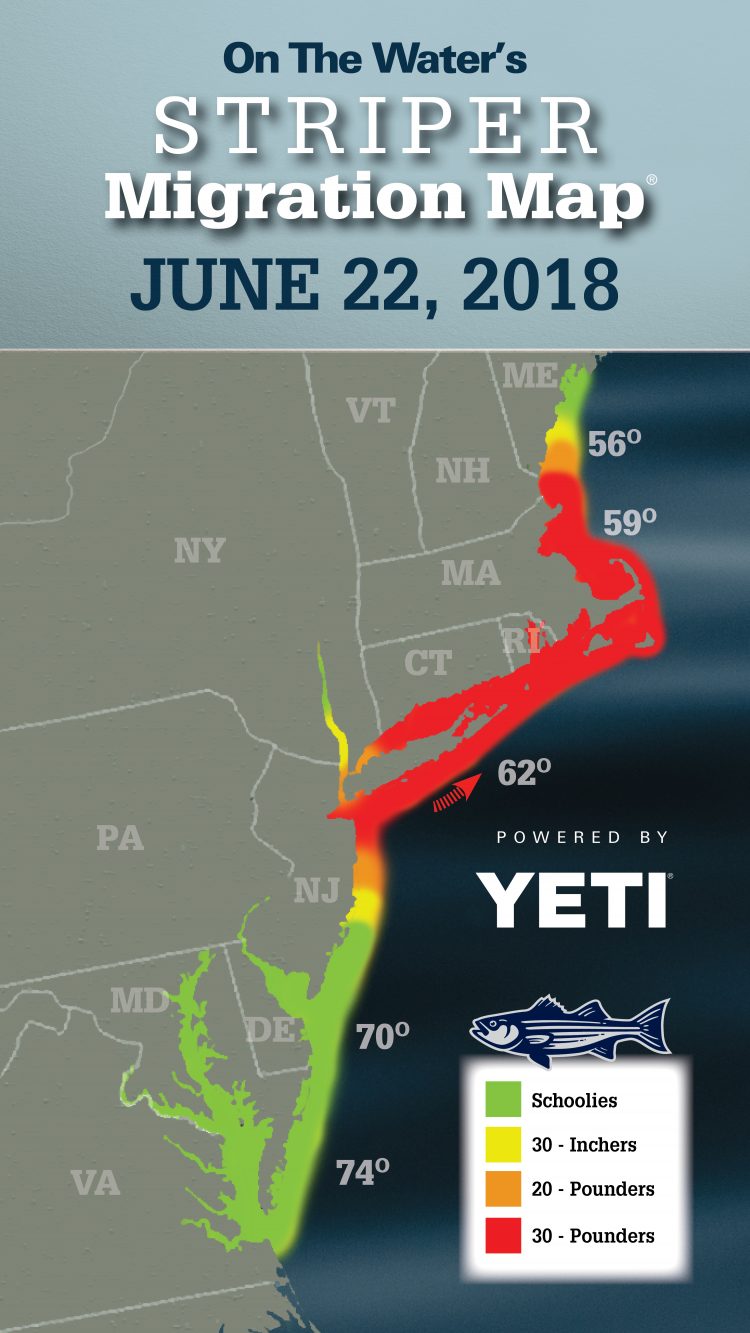 The bulk of monster bass seem to have settled off the South Shore of Long Island. These 40- to 60-pound fish will probably end up off Montauk and the Block when warming temperatures push them farther east. In New England schools of stripers continue to arrive from the south and from offshore, while most of the migration is moving on from New Jersey, leaving smaller resident bass behind.

Some fish to 40 inches are still coming out of the surf from Barnegat Inlet north, and some scattered large bass are still being taken off Monmouth County and in the Raritan, but the spring striper run is wrapping up in New Jersey.

Keeper bass are still available in the southern part of the state, but mostly, the stripers still around Atlantic and Cape May counties are the resident fish that will be around all summer.

Monster stripers are feasting on bunker off the South Shore with fish to 60 pounds reported in the past week, and some anglers catching multiple 50-pounders from the boats.

Large stripers are being caught off the North Fork, especially around the Race.

Large stripers are moving east through Long Island Sound, and fish of all sizes are blitzing on the schools of sand eels that recently moved in.

Narragansett Bay is still loaded with big bass, but more fish are showing up around Newport and the south shore of Rhode Island where they have been feeding on sand eels.
Read the Connecticut Fishing Report

Schools of northbound stripers are still arriving in Cape Cod waters. Captains in Cape Cod Bay and around Monomoy are reporting big numbers of stripers. Most of the fish are in the 30- to 34-inch range, but larger fish are in the mix. A big school hit Race Point this week also, and they were full of sea lice suggesting they came in from the open ocean.

Stripers up to 50 inches long are settling into Boston Harbor, with more large fish setting up on the rocky outcroppings of the North Shore.

As waters warm, more large fish are beginning to feed in the bays as well as the rivers in Maine and New Hampshire.

In case you missed it, last week we posted a video celebrating the beginning of the migration and that first striper of the season.  Check it out below: