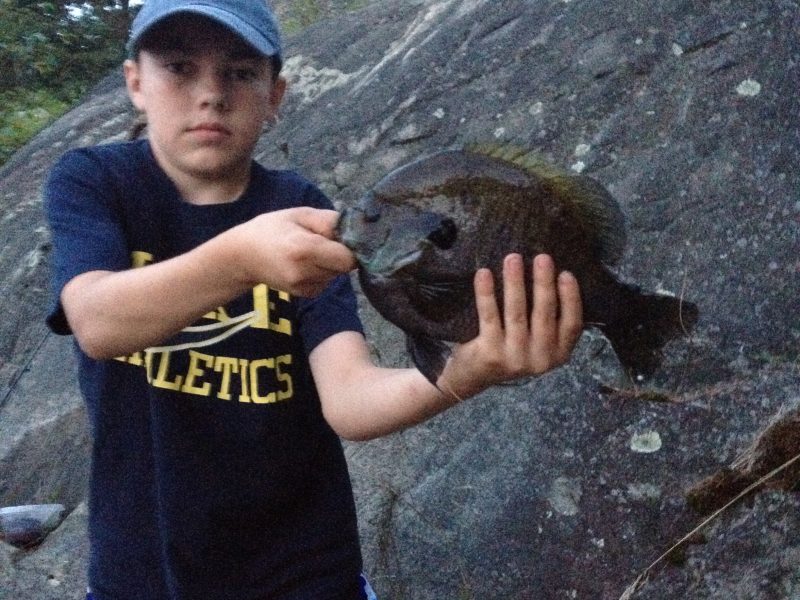 Seldom in the northeast is a bluegill mentioned when the subject of “fish of a lifetime” is discussed. But then again your average ‘gill does not weigh in at 2 pounds, 5 ounces! That is the size of the bluegill that 12-year-old John Aldorasi hauled out of Spot Pond in Stoneham last Monday! And few would dispute that a bluegill such as this qualifies as a fish of a lifetime.

John and his dad, John Aldorasi Sr., hadn’t been out fishing for awhile so they were looking for a special spot. It ended up being a prudent move enlisting the services of Peter Santini of Fishing FINatics, who advised them to give the scenic Spot Pond a try. Shortly into their excursion, they saw a fish that they couldn’t identify cruising among the shallows. Was it a carp? A disfigured bass? The last species they considered was the all-too-common and usually stunted sunfish. Dad advised his son to toss out his worm/bobber combo and the fish struck. And then it took drag! As John brought the fish to hand after a brisk battle, the two realized that this was indeed a bluegill, and one of enormous proportions.

These anglers came prepared with a scale, which confirmed the bluegill was an absolute monster and stretched the digital scale to the 2-pound, 5-ounce mark. John Aldorasi Sr knew that the fish was special but also knew that there was no way they could keep such a survivor. There was no argument from John Jr. as they watched the giant ‘gill swim away. If the scale proves accurate, John’s fish would have been the new Massachusetts State Record for a sunfish, which currently is 2 pounds, 1 ounces. However, Masswildlife regulations state that a potential state record fish must be submitted whole to authorities, and this fish is still swimming.

When I asked John Sr. if either he or his son had any regrets after having realized that they released what quite possibly was the new state record, without hesitation he said that they had no remorse and that the remarkable fish deserved to live! Obviously these two have more in common than just a love for angling, they also share a big heart. Think of this ‘gill the next time one steals your trout worm and I bet you’ll handle that fish with newfound respect. 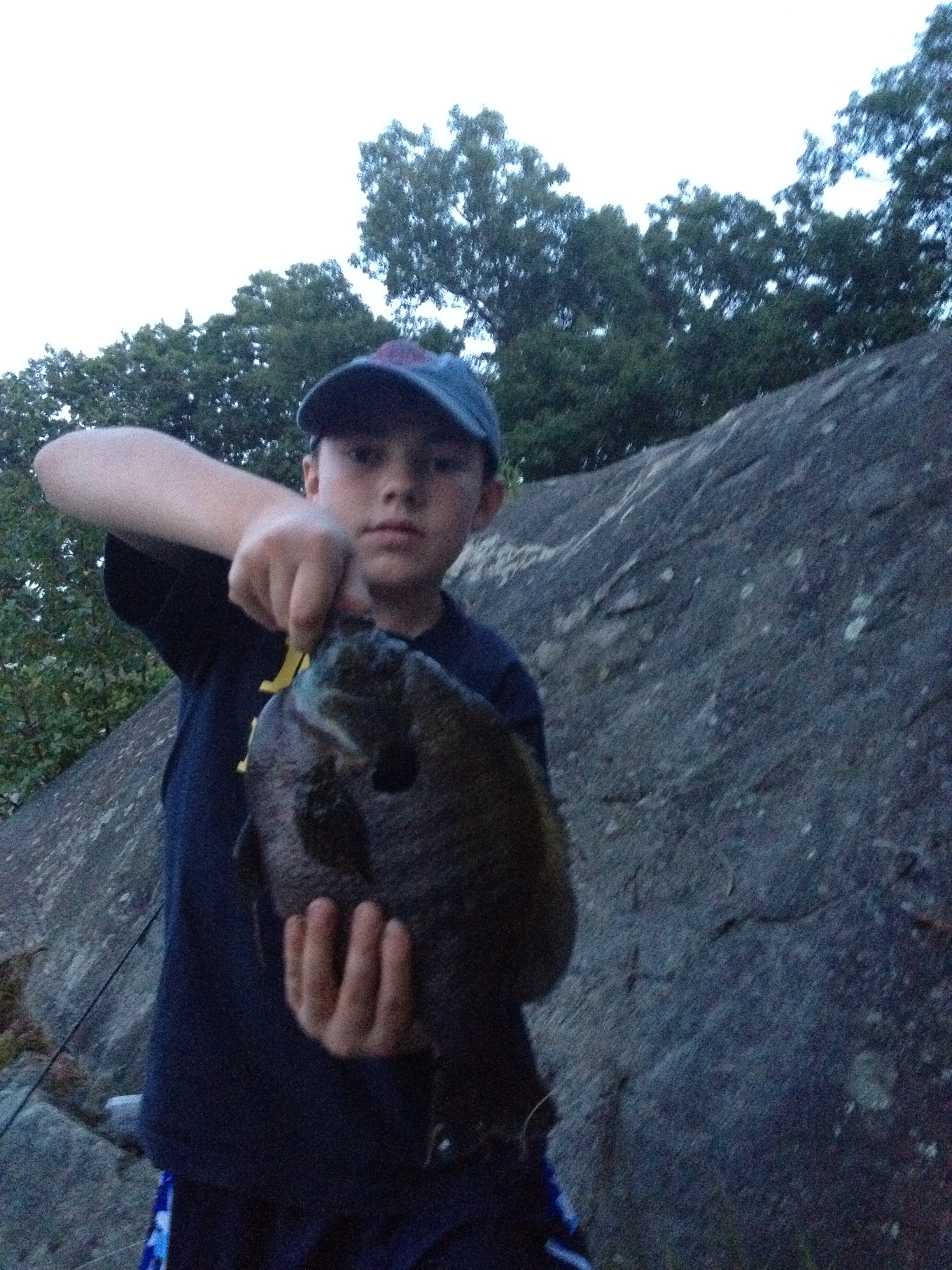 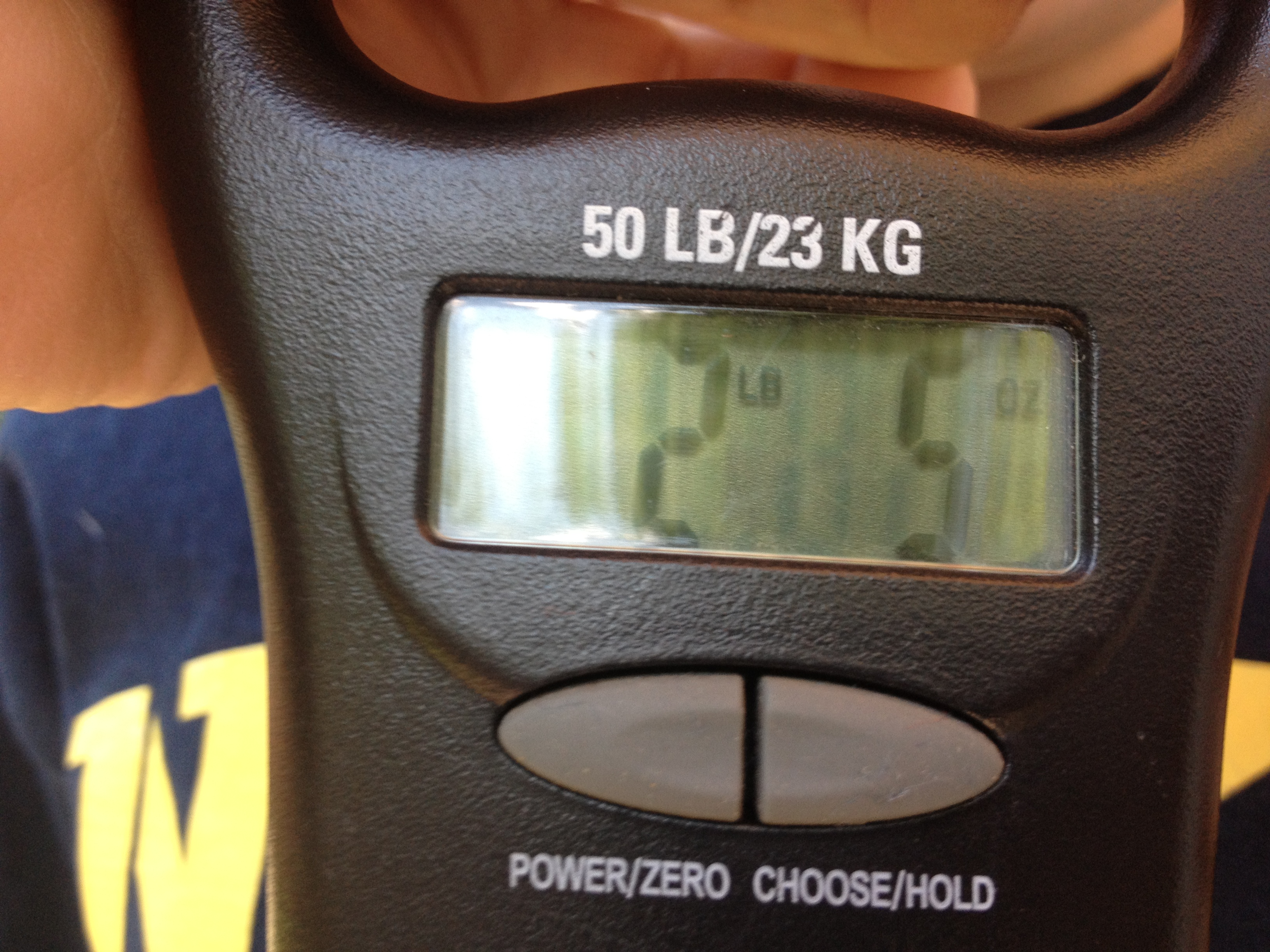