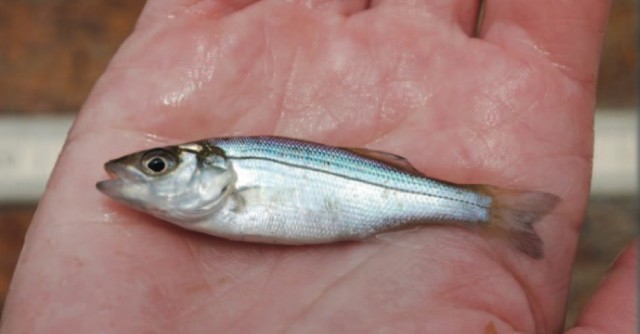 Part I of a Multi-Part Series:

Ask a fisherman what shape striped bass stocks are in, and the answer you get could very well depend on where you are. In Maine and New Hampshire, fishermen claim to be seeing evidence that another stock collapse, like the one suffered through in the 1980s, has already begun. In New Jersey, most anglers claim that fish stocks are in great shape and point to great catching in their home waters. In the southern reaches of the striper’s range, many anglers theorize that the striper stock is robust, but complain that a lack of inshore forage is causing bass to move more than 3 miles offshore, where fishermen are not allowed to target them. In Massachusetts, you’ll hear all of the above opinions and they’ll vary from town to town. What is clear is that when so many anglers are talking about the state of striped bass regulations, it must be acknowledged that “something” about striped bass is changing, and from North Carolina to Maine, fisherman are seeing that “something.”

A Case of History Repeating?

Striped bass have formed the basis for one of the most important fisheries on the Atlantic coast for centuries. Early records recount their abundance as being so great that at one time they were used to fertilize fields. However, a combination of overfishing and poor environmental conditions led to the collapse of the fishery in the 1980s. Through the hardship and dedication of both commercial and recreational fishermen, the stock was rebuilt (according to legal/scientific definitions). After the reopening of many state fisheries in 1990, recreational harvest grew to a peak of just over 2.7 million fish in 2006, while commercial harvest has averaged nearly 1 million fish per year.

Let me address one issue that always seems to sidetrack a reasonable look at the current status of striper regulations. Simply put, striped bass are not approaching a state of collapse as they were in the 1980s. There are some localized observations that have triggered fear in anglers who remember the dark days of striper fishing. Fortunately, almost none of the major indicators, such as fishing reports and tackle sales, not to mention actual science, are similar to the pre-collapse years…and that is a very good thing.

As a recreational fishing community advocate, I have spent thousands of hours talking with the anglers who fished through the 1980s and the scientists who studied striped bass through the collapse, along with reading archives of all the information produced during the striper collapse. I honestly don’t think that the situation that led up to the collapse could repeat. As an example, this type of article would never have been published in 1980 because readers of the time were not interested in feature articles loaded with science and data about the striper population. One of my heroes, plug-maker and striper conservationist Bob Pond, was largely ridiculed for speaking up in the 1980s about the problems with striped bass. Today, between the rapid spread of information allowed by the Internet and the billions of dollars this fishery contributes to the economy, there is more scientific and political attention focused on striped bass than there has been at any other time in history. We are in an unending conservation debate about striped bass because striped bass are under some of the most intense scrutiny of any species that swims in our waters. Today, when we see an old picture of a pick-up truck filled with striped bass between 16 inches and 50 pounds, we no longer see it as just “the good-old days” – most of us see a huge overfishing mistake that can never be allowed to repeat.

Striped bass are managed by the Atlantic States Marine Fisheries Commission (ASMFC). The management plan has a specific fishing mortality “target” and an overfishing “threshold.” If either of these numbers is reached, then an automatic conservation measure must be put in place. One of the big questions is, with the increase in fishing pressure over the past decade, do the current numbers behind the triggers provide enough protection to sustain a robust fishery when nature decides to throw striped bass stocks a curveball?

The most recent striped bass stock assessment was the 2011 stock assessment update, which determined that striped bass are not overfished and overfishing is not occurring. The female spawning stock biomass was estimated at 50,548 metric tons in 2010, which is above the target and threshold levels. Estimates of recruitment in 2010 (the number of juvenile fish reaching a size/age where they become a viable target for a specific fishery) increased from 2009 and were slightly higher than the 2005-2010 average but still below the 1995-2010 average. While biomass estimates (total weight of the stock) have remained relatively stable, stock abundance (estimated number of fish) has declined since 2004 from 67.5 million fish to a low of 42.3 million fish in 2010.

The decline, as reflected by landings, is more prevalent in areas largely dependent on the Chesapeake Bay stock than in areas dominated by the Hudson River stock. What all these numbers mean is that the science agrees with what many fishermen are seeing: There are fewer stripers, but they weigh more. There are fewer “schoolies” – small striped bass – and most importantly, anglers are catching fewer striped bass. While striped bass science agrees with what fishermen are seeing, there seems to be many different interpretations of the situation and what, if anything, fisheries managers should do about it.

Most fishermen did not need a peer-reviewed scientific report to predict that there were going to be a lot of large bass around in 2012. All we had to do was take note that eight years ago it was common to catch over 50 small striped bass on one
tide at a local estuary.

The “schoolie boom,” as I like to call those years, was predicted by the scientific studies known as the striped bass young of year indices. The longest time series of these studies of juvenile striped bass abundance is conducted by Maryland Dept. of Natural Resources. This agency samples 22 fixed locations throughout Maryland waters, mostly in Chesapeake Bay, in the exact same manner year after year. The schoolie boom of a few years ago was fueled by four extremely high year classes. Those years were 1989, 1993, 1996 and 2001. The 1996 fish are roughly 42 inches and the 2001 fish should be about 34 inches.

On the other hand, year classes from 2002-2010 were for the most part below average. The lack of schoolies today is a fact that translates to mean we will soon be entering a time of very few larger fish as these weak year classes move through the fishery. We will soon have years with few good-sized stripers and even fewer trophies. A decline in the quality of striped bass fishing over the next few years is inevitable and there is no way to avoid it…or is there?

Hope on the Horizon

With a lot of bad news and the ASMFC considering action to ratchet down fishing mortality even before the triggers were reached, along came the 2011 YOY index. From the Chesapeake Bay to the Hudson River, the science came in loud and clear. The 2011 year class is the fourth highest on record – a biggie. The doomsday predictions were wiped away and even striped bass management nerds like me were left scratching our heads. The same amount of spawning biomass that had been producing multiple below-average year classes had suddenly delivered a super year class. This type of variability in spawning success is exactly what has been documented in the past –1988 and 1990 were tiny year classes but 1989 was huge. The spawning stock biomass that produced the super year classes also produced the tiny year classes – so much for the theory that all we have to do is leave more “breeders,” a common term for prime spawning fish, in the water and we will have striped bass of all sizes.

Why is there such year-to-year variability in striped bass spawning success? No one knows for sure. Many fisheries scientists have theorized that it is linked to environmental conditions, including the amount of rain in the spring and variable amounts of pollution in spawning habitat from year to year. Truth is we don’t know for sure, but there is a lot of money being spent on striped bass research, so we may have some answers soon.

Patrick Paquette is a three term past president and for ten years has served as the government affairs officer of the Massachusetts Striped Bass Association. Patrick is a recreational fishing community advocate and works on issues from Maine to North Carolina.