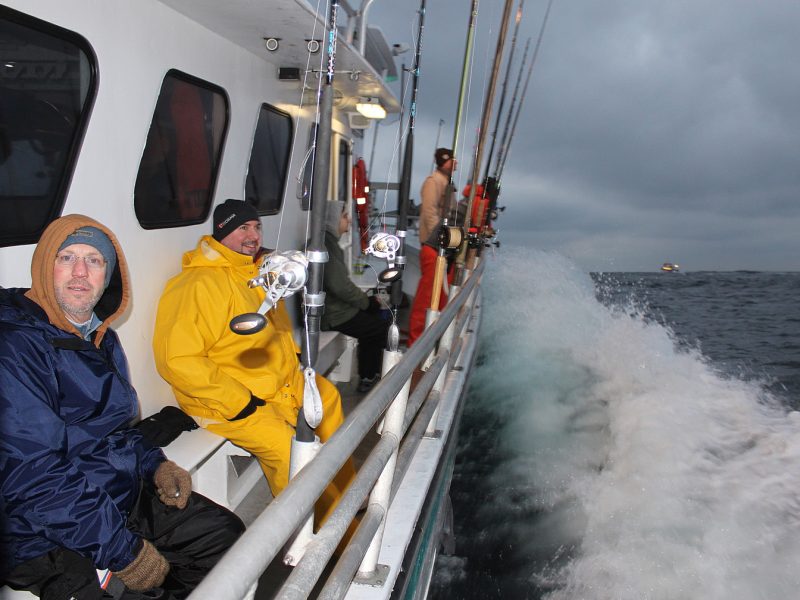 Yesterday, we celebrated an incredible milestone when we filmed the 100th episode of On The Water TV. To make the episode special, On The Water’s Publisher Chris Megan invited the entire staff to skip out of work and spend the day party boat cod fishing.

After leaving the dock at 5 a.m., we steamed for 90 minutes, anchored up and found a steady early morning bite on clams. A couple-dozen nice codfish and some throwbacks found their way over the rail before the bite died off. For the next few hours, we bounced around and targeted pieces of structure, enjoying some great action and adding more cod, ling, a couple of pollock, and a cool variety of bottom-dwelling fish that included ocean pout, spiny dogfish, sea bass, cunner, blackfish, and scup.

Winter party boat fishing is a lot of fun and a great way to break up the cold months with some open-water angling. Party boats are running right now out of Rhode Island, Long Island and New Jersey.