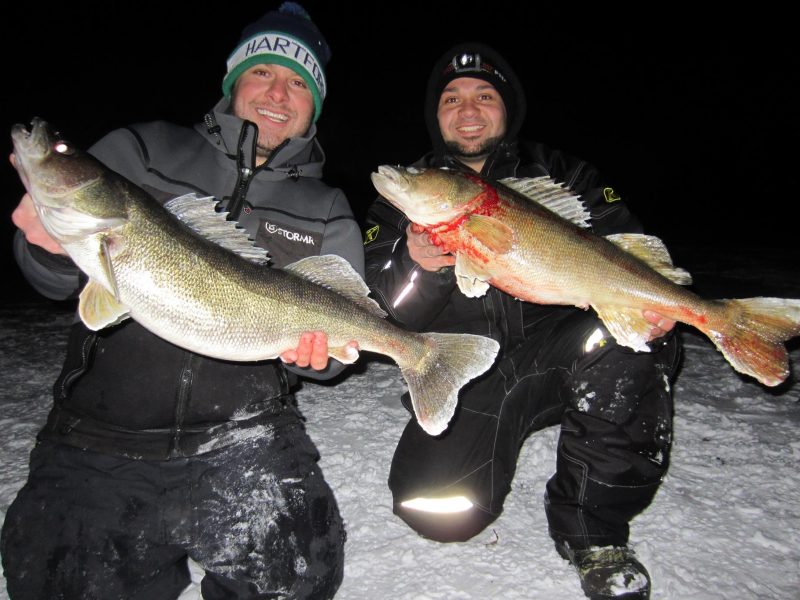 In the Midwest, walleye are king. They grow to lengths of more than 2 feet, aggressively strike lures and baits, and make delicious table fare. Midwestern Fishermen await the opening of the walleye season with the same excitement that anglers in the Northeast await return of the striped bass in spring. In New England, however, walleye are largely overlooked. Many anglers don’t even know that walleye exist in catchable numbers in New England, but they do, and they provide a fun fishery both through the ice and in open water.

Here’s a list of where you can find walleye in New England.

New England’s longest river contains walleye in its New Hampshire/Vermont, Massachusetts, and Connecticut stretches. Walleye in the Connecticut River can grow large, with fish exceeding 24 inches. They can be found in great numbers in deep holes during the winter, where fishermen use blade baits to catch them.

At one point, walleye were the most popular fish in Vermont. There was even a commercial fishery for them on Lake Champlain. The population bottomed out in the 1970s and 1980s, but restoration efforts have brought walleye fishing back to the biggest lake in New England.

Walleye are also stocked into Saugatuck Reservoir and Lake Saltonstall.

For more information on walleye fishing in New England, pick up the February Issue of On The Water Magazine.