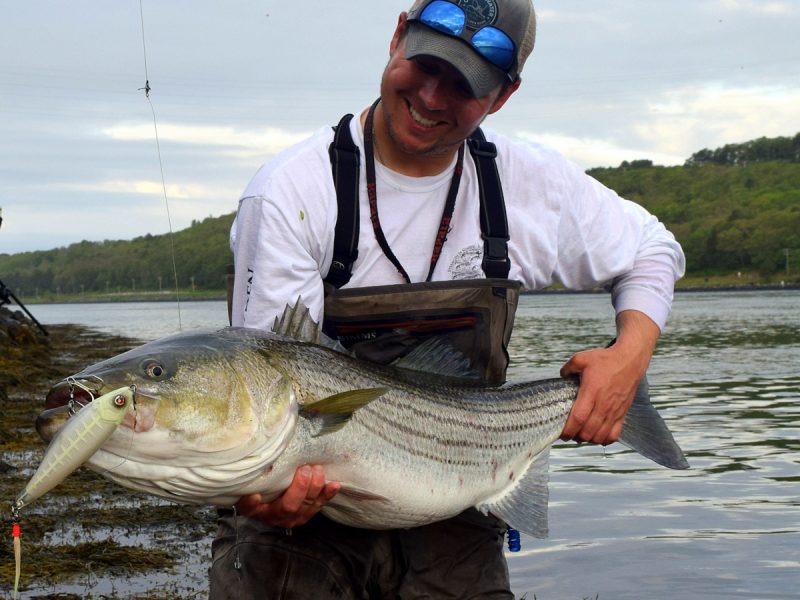 The Sebile Stick Shadd is one of the most productive plugs to hit the surf-fishing scene in recent years. While the lure is a fish-catcher right out of the package, some have found that modifying the hardware and removing the tail hook makes for better hook-ups and fewer lost fish.

Since the Sebile Stick Shadd has a fixed belly hook hanger, large stripers and tuna can get enough leverage on the plug to twist open the split ring. Adding a swivel to the belly hook hanger before adding the hook allows the lure to spin freely during the fight, preventing a fish from ripping off a split ring.

When fishing for stripers, a rear treble hook is often unnecessary, and can work against you. When a striper is hooked on a plug, often the front hook is in the jaw and the tail hook sticks into the gill plate or top of the head. As the bass changes directions and shakes its head during the fight, the hooks work against each other, leading to a lost fish. This makes removing the tail hook on the Stick Shadd a good idea. Since stripers almost always strike a bait at the head, your hook-up ratio will stay the same, if not improve.

Adding a hookless teaser, or “flag,” to the rear hook hanger will give the Stick Shadd extra action in the water and draw more strikes from big stripers.