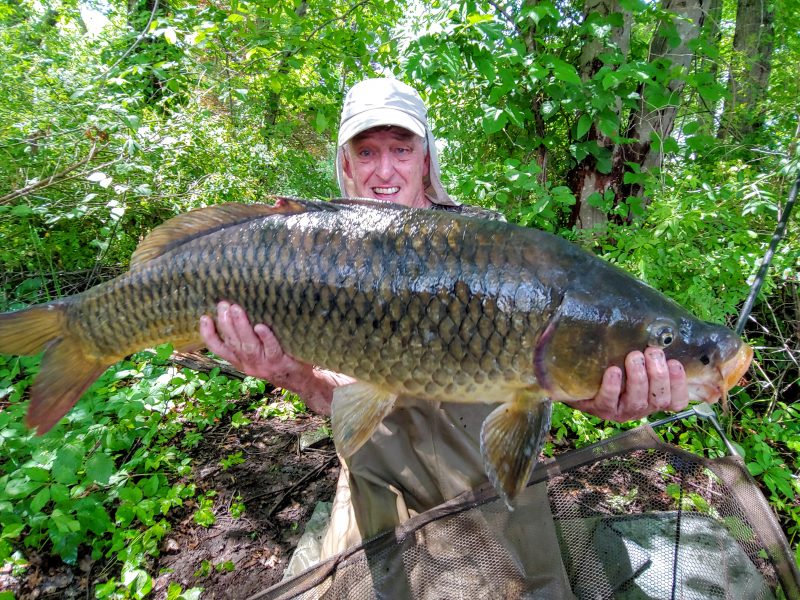 Today the unthinkable happened. I landed what I believe is the first 40-pound common carp to be landed in Rhode Island waters. The massive fish weighed exactly 40 pounds and was 40 inches long. It was caught on a hair rig combo bait that was made up of a kernel of maize along with a white, artificial, plastic corn. This combo bait has been a killer for me all spring.

Thirty-pound carp are rare here in RI. There are a few low thirties landed every year, but 40 pounds is a mark few sharpies would have ever thought possible. My previous biggest carp in RI was 36 lbs., a fish thought to be the biggest ever taken up until now. This 40-pound carp would have easily shattered the official RI state record of 32 lbs. But, to claim that record in this state, the fish must be taken to an official weigh station and weighed. Knowing this fish would have died, I chose to release it in good shape after a few photos. Note that had it been caught in many other states, I could have easily claimed the record with the info I had. The fish was weighed on a certified Reuben Heaton scale, I got a measurement, I had a witness and I had a photo.

A fish this size is a female capable of producing eggs that will produce offspring that could grow to enormous sizes. No way I would keep a fish like this just for the official record. In my mind, I also will dream about meeting up again with her some day!