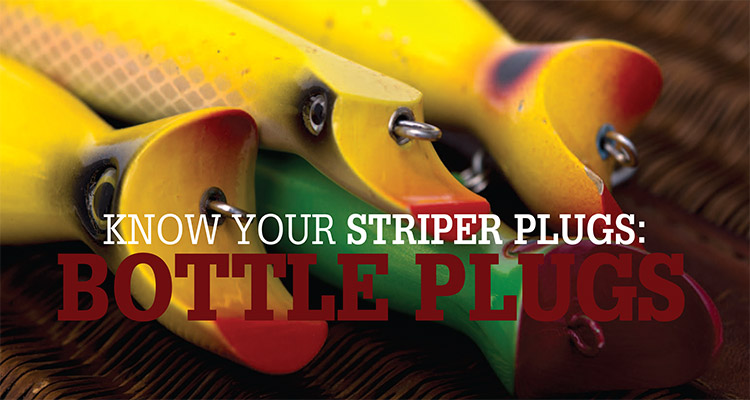 The timing was right, the tide was right, and wind direction was ideal. The wind speed, however—20 mph sustained with gusts to 30—was anything but. I knew the fish were out there, but swimming a plug past their noses was proving impossible.

With my first cast, my favorite metal-lip plug was smacked out of the air by a gust of wind and dropped well short of the productive water. The next cast, with a darter, sailed farther, but the wind put a huge bow in my line and I couldn’t tell if the darter was swimming past fish or just kite surfing along the surface.

On my third try, I clipped on a 3-ounce bottle plug and heaved it toward the dark eastern horizon, enjoying the satisfying feeling of the plug peeling line off the open spool as it sailed to deeper waters. The moment the plug touched down, I dropped my rod tip and reeled as fast as possible to take up the slack line and come tight. When the weight of the plug put a slight bend in the tip of my surf rod, I felt a familiar throbbing that let me know the plug was digging in the current and swimming the way it was designed to. Finally, I felt like I was fishing.

One of the biggest challenges of plug fishing is achieving confidence in what is happening at the other end of your line. A little feedback, especially when surfcasting in the dark of night, is invaluable.

My favorite thing about fishing with bottle plugs is that they let you know whether you are fishing them correctly, by telegraphing a tight vibration through your line and down your graphite rod blank to your hands. There’s no wondering if a cast was long enough to hit a sweeping current, if you’re retrieving fast enough, or if the plug has scraped bottom and fouled with weed. These vibrations—or lack of—give you your answer.

The bottle plug is the sledgehammer of the plug-caster’s tool bag, the opposite of a finesse lure. It is a large, chunky, heavy plug that represents a sizeable meal, imitating a menhaden, scup, or other large baitfish, and as such tends to be a bigfish bait. It is a surfcaster’s plug, made for heaving into the distance and swimming in moving water created by outgoing tides, sweeping currents, and crashing waves. It will cast well into an onshore wind, and it will dig in and swim in roiled surf, making it a choice plug for roughwater scenarios. In a stiff crosswind that grabs your slack line and makes it almost impossible to stay in contact with any other plug, the resistance of a digging bottle plug will let you come tight and maintain contact to feel a strike and set the hook.

In most surfcasting situations, the slower and perhaps more natural swimming action of a “finer” plug, such as a darter or metal-lip, will outfish a bottle plug. These should be the first plugs you pull from your bag, but if you find that the wind or surf conditions call for it, reach for a bottle plug. Make a long cast and crank to come tight to the plug. Reel just fast enough to feel the vibration of the swimming plug, letting you know that somewhere out there in the rough water where big fish feed, your plug is swimming correctly. Of course, the best feedback will come when one of those big fish takes a swipe at your bottle.

northbartackle.com/
The 8-inch, 3-ounce wooden bottle plug from NorthBar is the largest one regularly available to fishermen. The lure casts well and gives off a big thump-thump-thump while kicking in the current, attracting big bass.

superstrikelures.com
Filled with metal bb’s that slide to the back of the plug during the cast, the Super Strike Rattl’n Little Neck Swimmer casts like a dart and rattles like a maraca as it kicks through the current, calling in stripers.

gibbslures.com
Available in 3 sizes: 1-3 oz., the Gibbs Casting Swimmer is a classic that still catches today.

northbartackle.com
Combining the slanted head of a darter with the cupped lip of a bottle plug, the BottleDarter has a tight swimming action while sweeping out to each side in an S-pattern.

The smaller, wooden version of the BottleDarter is an excellent lure to imitate smaller bait being tossed around by big water.