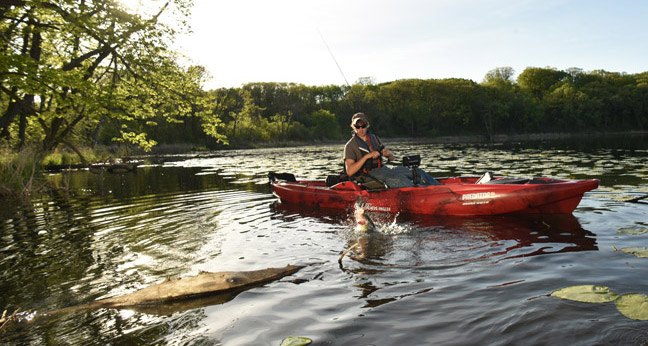 You’ve probably heard the adage that 90 percent of the fish live in 10 percent of the water. Spend enough time studying your fishing electronics and you’ll know there’s some truth to the old saying.

Over a half century ago, fishing pioneer Buck Perry taught us that fish relate to structure – depth transitions along the underwater landscape – and within this structure, cover like rock, wood, vegetation and manmade habitat. In a nutshell, the proverbial fish-holding 10%.

Still, sometimes that 10 percent can be hard to reach in a typical 18- to 20-foot bass boat or multi-species rig. Think river backwaters, bays, coves, creek channels and small rivers.

But not for kayak anglers, whose easily-transportable vessels glide through skinny water, are easy to portage over land where necessary, and offer superior maneuverability. 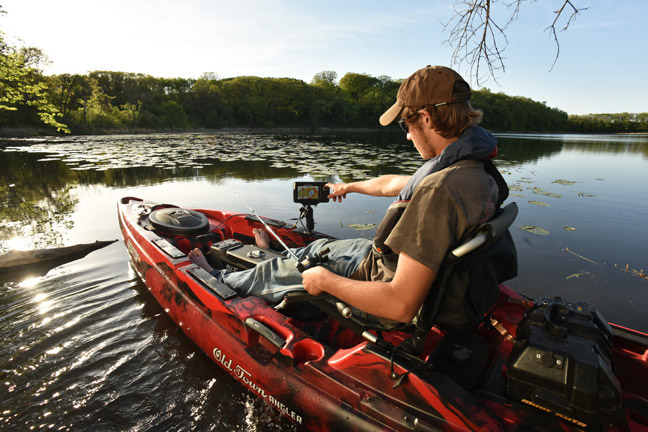 Fact is, kayak design has evolved to the point where each year more anglers are turning to the small watercraft as a viable alternative to traditional boat designs. It’s not that kayak anglers can’t and don’t fish from larger boats – it’s just that they prefer the advantages of a kayak.

Again, kayaks are easy to transport, launch and load on hard-to-reach waters virtually untouched by anglers in larger boats. Like dumping right off a bumpy, dirt road into a bass-filled lake without a boat launch. Or near bridges where giant blackfish wait like trolls. Or rivers and tidal flats where schools of stripers slice through bait, pouncing on anything thrown their direction.

No water is impenetrable with a kayak. Outdoor writer Jim Edlund remembers fishing Lake Fork with a bass pro a few years ago when we spied two boats off in the shallowest, most timber-laden section of a cove. They could see bass far back busting bait – just past where they could easily maneuver.

“Here come the kayaks,” announced the pro, “they’re like a cult …”

Edlund nodded: “A cult that can get back to the fish we can’t.”

Whether it’s fresh- or saltwater – kayak fishing is here to stay. Anglers across the globe are choosing to fish out of smaller craft because the advantages are many, not to even touch on the cost savings.

And that fish-holding 10 percent of the water? A kayak will get you there.

Best Of Show: Old Town Predator XL
The kayak that caught the attention of the fishing media and won “Best Boat” and overall “Best of Show“ at ICAST 2014