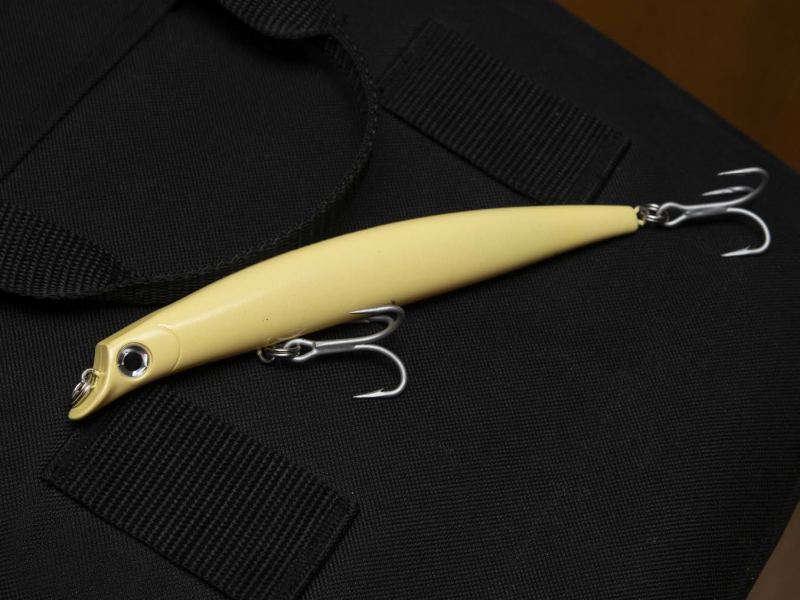 When considering what new lure to add to his company’s offerings, Joe D’Agostino of JoeBaggs Tackle saw a gap between the Daiwa Salt Pro Minnow and the Yo-Zuri Mag Darter. He thought he could fill a gap between the two, combining the best qualities of the two.

The Swarter, named for its hybrid appearance between a swimming plug and a darter, takes the long, slender profile of the SP Minnow, and pairs it with a sloped face like the Mag Darter, giving it a unique action. It has a tight wiggle and holds well in moderate surf, but can also be fished at breachways, inlets, rivers, or in back bays. D’Agostino says the Swarter shines in the early spring when spearing are abundant.

D’Agostino says the Swarter is a great searching plug because it casts far, cuts through wind (thanks to internal weights that shift to the rear of the plug on the cast), and replicates many baitfish. With a moderate to fast retrieve, it looks like a panicked baitfish fleeing from an aggressive school of stripers or bluefish.

D’Agostino started JoeBaggs tackle in 2014, making bucktails and jigheads. Since then, he has expanded his catalog to include albie jigs, soft plastics, hard-plastic swimming plugs, and more.