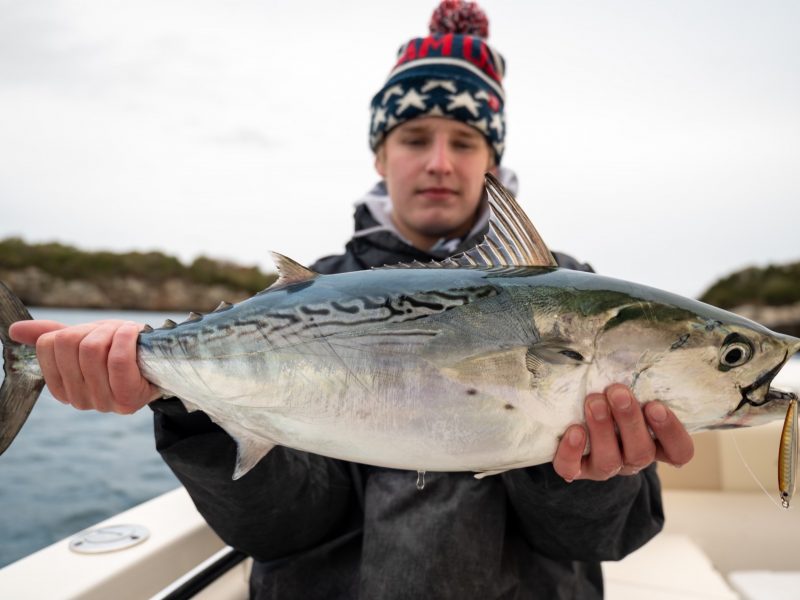 Heart-thumping false albacore blitzes are one of the highlights of the annual fall inshore run in the Northeast Atlantic. Having the right albie lure can mean the difference between hooking a handful of hardtails and going home empty-handed.

Joe D’Agostino of JoeBaggs Tackle has created one of the deadliest baits for false albacore, bonito, and tuna: the Resin Jig.

The Resin Jig is a true long-distance casting lure, which is crucial when fishing for albies and pelagic fish. Unlike similar products on the market, the Resin Jig is a durable bait since it’s made with a composite resin blend.

To make the Resin Jig a true long-distance casting bait, JoeBaggs decreased the size of the jig to make it denser and more compact.

JoeBaggs says he remembers days when he was fishing from rocks in Rhode Island and the albies were just out of casting range. “A 4-inch albie jig couldn’t reach those fish. So I shrunk the size and added more weight to it. Smaller and dense lures cast further, allowing me to reach albies with the smaller sized Resin Jigs.”

The Resin Jig was created especially for boaters because running and gunning can spook a pod of fish and put them down for a prolonged period of time. “I want them to be able to cast from far distances without disturbing the fish. Making long-distance casts allow you to stay on the fish longer without using the motor,” JoeBaggs says.

It’s important to know that pelagic fish tend to do large circles. If you find them and they move away from the area you’re fishing, stick around to see if they return. They’re going to continue searching for bait and they’ll most likely circle back around. Try to visualize and predict where they’re going to be.

In addition to anticipating where they’re going to blow up, if you can find the right size, color, and Resin Jig technique, it will be the difference between a one fish day and a six fish day.

With the flat bottom design, the Resin Jig can be worked in three different ways:

The second way is to retrieve the Resin Jig just below the surface. Keep the rod tip down and slow the retrieve down a little bit. Incorporate rod twitches to make the lure have a subsurface walk the dog action.

The third way is to troll the Resin Jig behind a boat; an effective technique for offshore fish.

Treble hooks used to be the standard for jigs, but there’s one clear problem with them: albies, bonito, and other hardtail fish get hooked in the gills and have to be harvested.

Because of that, JoeBaggs implemented a single inline hook and he noticed several distinct differences. “With a single hook, it’s a wider gap, meaning you won’t lose as many fish. And you’re protecting the fish species.”

When he’s fishing for albies, JoeBaggs is looking for an abundance of bait, specifically medium-sized bait such as bay anchovies sand eels, and peanut bunker.

When albies are feeding on schools of peanut bunker, he recommends using the new JoeBaggs Peanut Resin Jig.

His favorite Resin Jig color is olive because it imitates a variety of baitfish including sand eels and bay anchovies.

When silversides and other small baitfish (rainbait) are around, JoeBaggs switches to a chrome Resin Jig because it provides a flashy presentation and mimics the size, profile, and color of the small baitfish.

Have a mindset that you’re going to travel 40 t0 50 miles to find albies, even in 2- to 3′ seas when it’s snotty out. JoeBaggs prefers a northeast wind because it creates choppy conditions, making it more difficult for albies to see the lure (they’re visual feeders in comparison to stripers and other fish that rely heavily on their lateral lines to detect baitfish).

“In the case of tides, there is no rhyme or reason with albies. They could be there during high tide one day and the next they aren’t.”

Leader: 12 to 20-pound fluorocarbon (use a barrel swivel to prevent line twisting) 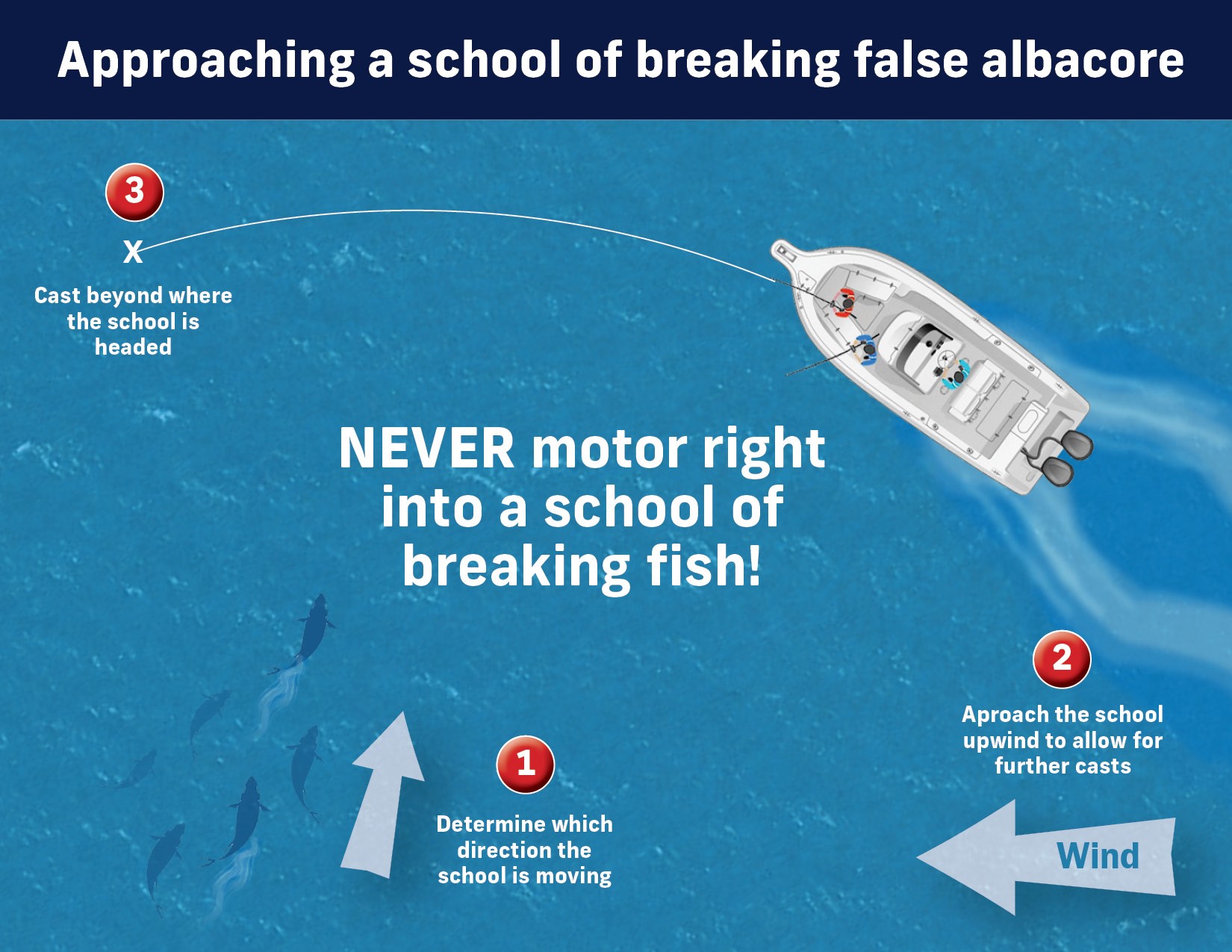 Because more anglers are heading offshore to get in on the offshore bite during prime weather windows, JoeBaggs created a 3-, 4-, and 6-ounce version of the Resin Jig.

The 3-, 4-, and 6-ounce Resin Jigs can be used for tuna, Mahi, and other bluewater species.