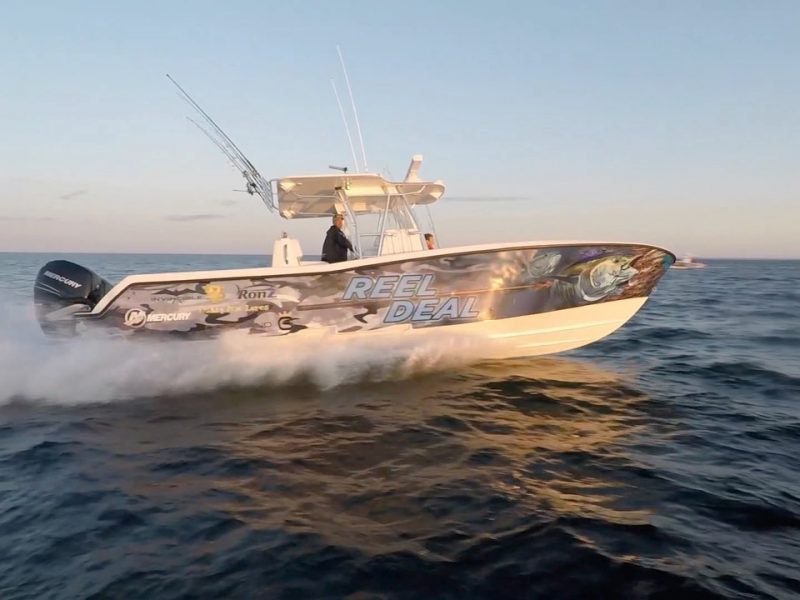 Love at first sight. Pure and simple, I straight-up love my Invincible 33 Open Fisherman and have a plethora of reasons why. If you aren’t convinced it is one of the greatest center consoles on the market by the end of this article, I hope you have an opportunity to watch this boat on the water – trust me, it stands out.

As the owner of Reel Deal Fishing Charters, I fished off Cape Cod and the Islands for more than 10 years in SeaCraft center console vessels, starting with a 23-foot Classic and moving to the 26-foot Master Angler. The boats handled very well in rough seas for their size, making it somewhat tragic that they are no longer in production. However, after a decade in the 26-foot SeaCraft and being rocked day after day during the fall tuna season in heavy seas, the time arrived to start looking for a larger vessel.

And look I did. I spent countless hours online reviewing manufacturer’s websites, boat listings, and discussion forums. Though I was trying not to overanalyze the options (but surely doing just that), it was a big decision and investment being made in determining the boat I would run for the next several years. I also listened closely to other boaters’ recommendations, and when my righthand man, Captain Ian Wall, who fishes on many different center consoles during the winter, told me, “Bobby, you need an Invincible,” I took stock in his word. After a few more weeks of hunting, I purchased the Done Deal, a 2008 Invincible 33 Open Fisherman in the spring of 2018.

Over a year and hundreds of charters later, it holds its claim as one of the fastest, driest and most comfortable open fisherman boats ever made. Described as “Bobby’s Aircraft Carrier” by my good friend, Captain Mike Wisniewski of Jigged Up Charters, the nickname highlights the first important characteristic of this vessel—stability.

This boat can handle six eager charter passengers all going to the same side of the boat to view an outstanding catch without causing it to list dramatically to one side. Its width provides security and comfort in heavy seas. Having traveled first-hand multiple times through 6- to 10-foot seas, this boat’s signature is rock solid.

The next attribute, and arguably the most crucial for increased fishing success, is speed. When the bite’s on, time is of the essence and this boat gets up and goes! Recently, I was fishing off Race Point and received a call from one of my sister boats that there was a fish frenzy off Barnstable, so I put the hammer down and was there in less than 17 minutes. The patented monohull with its Stepped-Vee Ventilated Tunnel (SVVT) makes the Invincible Open Fisherman boats incredibly fast while keeping passengers dry and at ease. Designed by the renowned naval architect, Michael Peters, the air-fed tunnel produces higher speeds with less power, so the hull has one of the lowest drag coefficients in the world. Translation: you are getting there fast, and it is not costing a fortune in fuel.

Given this balance of tough yet lightweight construction, I have the best of both worlds because I benefit from both fuel efficiency and amazing performance. More typically, there is give and take for one over the other, yet Invincible has nailed the ideal formula. I can cover a large amount of territory on my fishing charters while keeping the operating expense reasonable, allowing for every possible effort to put my customers on the most prime fishing conditions available.

In addition to stability, speed, and efficiency, the layout of the boat has ample storage, with many in-deck boxes as well as abundant seating. When I initially looked into buying this particular vessel, the forward seating seemed a potential hindrance when tuna fishing and fighting a fish in the bow. I considered removing the seats in the first couple weeks but waited until the end of the season before doing so to observe how they worked out, and I’m happy I waited. My charter customers thoroughly enjoyed the extra seating options, and given their configuration with a cut-out right at the bow, the expected issue of the seats being in the way while tuna fishing did not materialize. 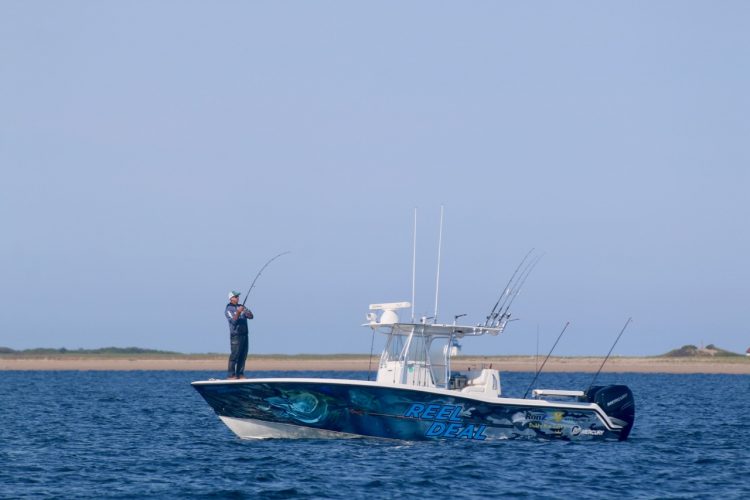 One more point to note is that this boat is trailerable. Every day I’m on the water, I haul it to the launch without issue on an aluminum triple-axle 15000 GVWR trailer. However, given its 9’ 7” beam, a special wide-load permit is required by the state of Massachusetts (one can be obtained through the MassDOT website – Non-Reducible Annual Boat category).

As frequently occurs with win-win situations, there is a catch aside from the beautiful striped bass or bluefin tuna at the end of the line. A brand-new Invincible certainly is a luxury-class boat and requires a considerable investment, but even if a brand-new boat is not in the budget, don’t shy away from this manufacturer. Research previously owned options, particularly in southern states, Upon sea trial and survey, you likely will be hooked.

After a long 2018 season and well into 2019, I emphatically endorse the Invincible 33 Open Fisherman and look forward to numerous future seasons aboard this vessel. Even though it’s a 2008 hull and has a decade of prior use, it continues to excel. I repowered it this past winter with twin Mercury Marine 350hp Verado engines, and the combination is durability and reliability at its best. 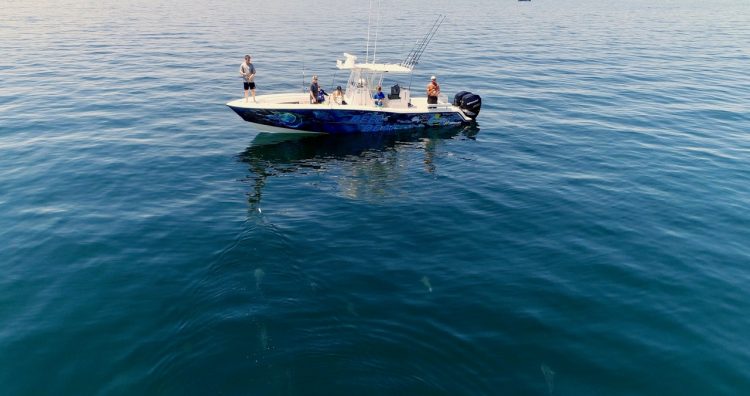 Go to InvincibleBoats.com to learn more about the Invincible 33 Open Fisherman.