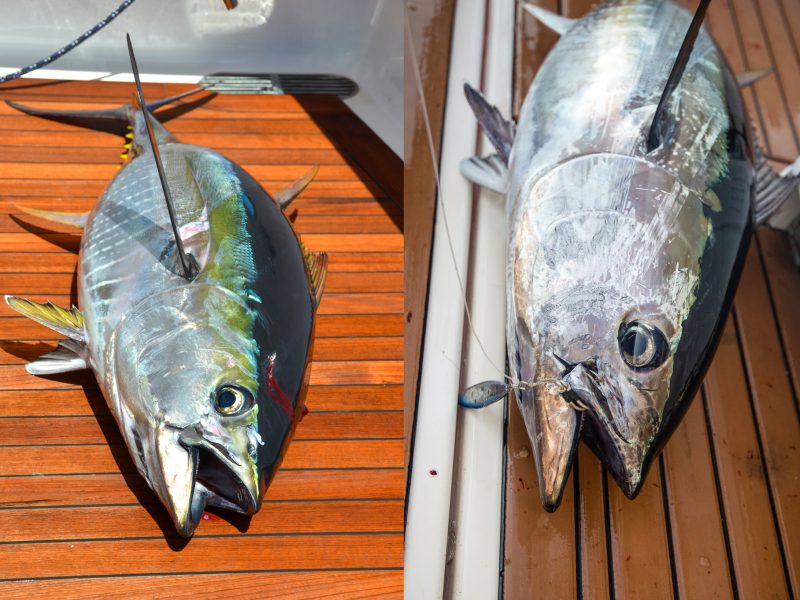 1. The pectoral fin of bluefin do not reach past the beginning of the second dorsal fin.
2. The silver underside of a bluefin’s body is marked with white dots and uneven lines.
3. The second dorsal fin is a mix of grey and yellow in color.
4. The tail fin is dark blue in color. 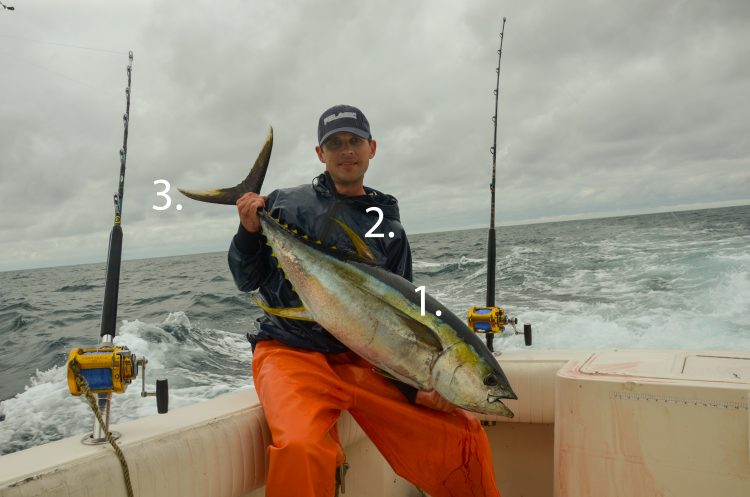