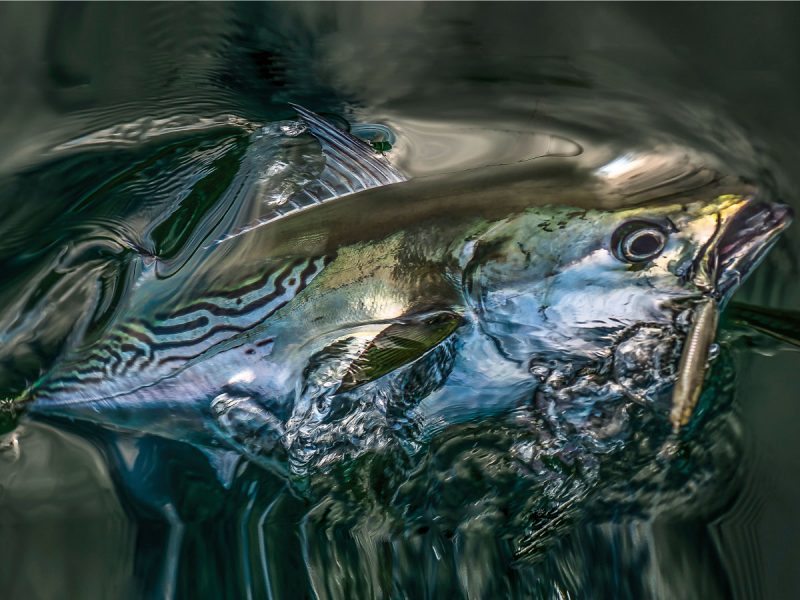 Last September, my wife decided it was time to get a new puppy, so I made a deal with her. She could choose the dog, but I got to choose the name. She ended up picking a rescue dog from Alabama, a cute little terrier/lab mix.

I named her Albie.

To say I’m obsessed with false albacore would be an understatement. For some strange reason, there is no other species of fish that turns me into such a lunatic. I’m obsessed with them. Their blistering speed, the ferocity with which they tear through a school of baitfish, and their intense, electric coloration make them, hands down, my favorite light-tackle target.

When the albies roll into town, household chores are put off. The lawn may grow as high as my knees. Family obligations will undoubtedly be blown off, and I’ll show up late to work more days than not.

False albacore have cast a voodoo curse on my soul and have afflicted me with an addiction. My recovery has stalled in step one. I have admitted that I am powerless, but I can’t believe there is a greater power that can restore me to sanity. There’s only one way to curb my addiction … and that’s to catch more albies.

I have often pondered why I dedicate so much time to chasing these fish. I caught my first false albacore 22 years ago, a day I will never forget. Since then, I have spent countless hours trying to predict their unpredictable patterns. The biggest thing I have learned? Albies are erratic. There is no rhyme or reason to when they show up, and once you think you have it all figured out, everything changes. For me, the quest to solve the albie puzzle, to comprehend their sporadic behavior, is the real hunt with false albacore.

I am by no means an expert on catching albies (and anyone who tells you they are is a liar), but I have learned a few tricks the hard way. Following are six steps that will help treat your own addiction.

The Blind Nut Catches the Albie

The first step in understanding albies is to come to terms with the fact that they spend only 0.001 percent of their life crashing bait on the surface. Just because you can’t see them doesn’t mean they are not there.

Don’t get me wrong – it’s much easier to hook an albie when it is whipping the water to a froth. When they’re blitzing, these fish have bait on their brain, and they compete intensively with each other to get their next meal. But trust me, they bite almost as well when they are stealthily cruising below the surface.

A common mistake I see is when anglers cast only at breaking fish. I have caught way more albies blind-casting versus casting into breaking fish. When these fish aren’t breaking on top, they are circling schools of bait well beneath the surface. The more time your lure is moving in the water, the better your odds of intercepting one and getting a bite. An albie lure dangling from a rod tip is as useless as an unloaded gun. Cast, reel, repeat. Over and over. Don’t stop. Keep casting.

When blind-casting, resist the urge to make long, hero casts launching your lure as far as possible. You will be better served with shorter casts. This way, if a pod does pop up and start crashing on top, you’ll have enough time to retrieve your cast and get a shot at the breaking fish.

It is not humanly possible to reel in a lure so fast than an albie can’t catch up with it. These fish are just incredibly fast; they also have incredible eyesight. The last thing you want an albie to do is get a good look at a piece of plastic or metal, no matter how realistic it is. The faster your retrieve, the less they see, plain and simple.

False albacore are also competitive. When one fish sees a schoolmate take off after a baitfish, the race is on, and albies don’t like losing races. If you can get several fish to chase your bait, the odds go up and the fish are more apt to make a mistake.

While a fast retrieve is key, you also don’t want your lure water-skiing. Try to keep it just below the surface, occasionally breaking it, which will catch their attention. Keep your rod tip as low to the water as possible and pause your retrieve a couple of times to allow your offering to sink a bit.

Last year, I fished exactly the same lure for the duration of the albie run. Why? Why not? I have faith in it, I know it works, and I know how to use it. Albies, like most other fish, are not that fussy – they’re just difficult to fool. If they are feeding on peanut bunker and, say, a small squid swims by, they are going to eat it. Don’t overthink things – keep them simple and switch lures only if you know something else is working better or if you are 100% certain that what you’re using isn’t working.

One thing I’ve noticed is that the longer your leader, the better your odds of getting a bite. Braided fishing lines have a lot of good qualities, but low visibility is not one of them. I use a 5- to 6-foot length of 15-pound-test fluorocarbon, and I tie the leader material directly to the braid. If you don’t already know how to tie a uni-to-uni knot (or better yet, an FG Knot), stop what you’re doing right now and learn it.

The Grass Isn’t Greener On The Other Side

Running around all over creation, chasing down pods of fish is not the best way to catch them. We’ve all done it. You see white water a half mile away, you fire up the engine and race over to it, and just when you get there, the fish disappear. There is a reason for this. Albies are nervous and seem to live their lives in constant fear. Anything out of the ordinary will spook them and send the fish packing.

Stealth is key. It’s like deer hunting, where you need to have the element of surprise on your side. If you’re in a boat, kill the motor while drifting.
If you are motoring up on a school of fish, do it slowly and steadily. Don’t rev the engine up and down because this will scare the fish. You also need to plan your attack. Whenever possible, approach the school from upwind. This will give you a longer cast, getting your lure further away from the boat’s engine noise. 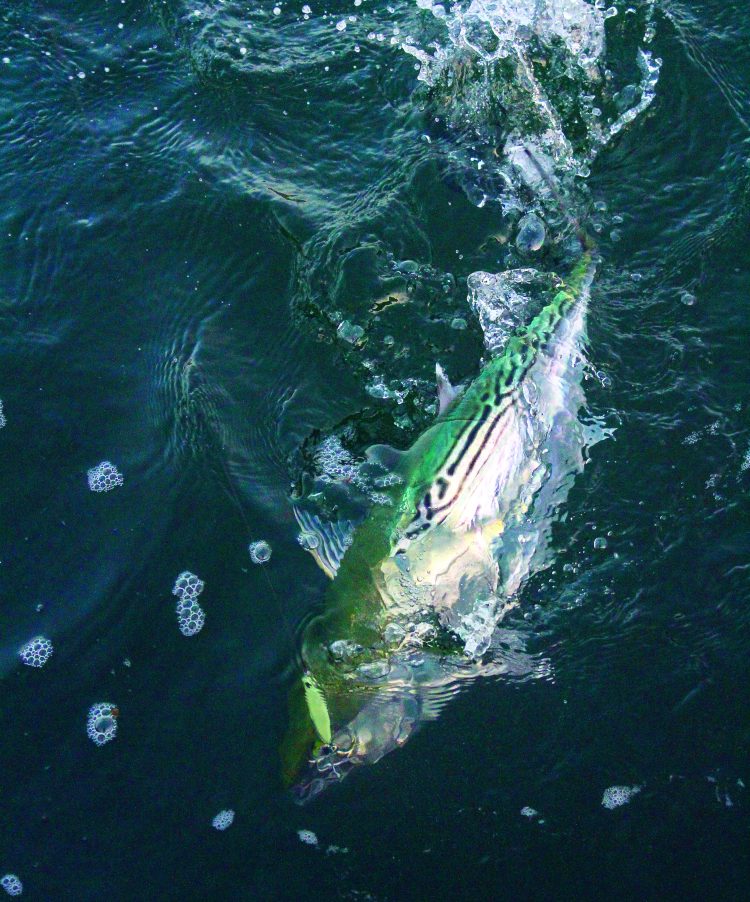 Stay On The Bait

Running around and chasing flocks of birds is a good tactic if you’re looking for stripers, but because albie schools move so fast and rarely blitz for more than ten seconds, birds are not the best way to locate them. I’m more inclined to be on the lookout for a single tern hovering above the water, a true indicator that an area is about to blow up. Even better, if you find a big pod of bait, stick with it and wait things out. False albacore often hammer a school of baitfish for a minute or two, leave the scene, and then show back up about 10 minutes later. Why? I have no idea. But I have seen it enough times to know that if you find a good pile of bait, stick with it.