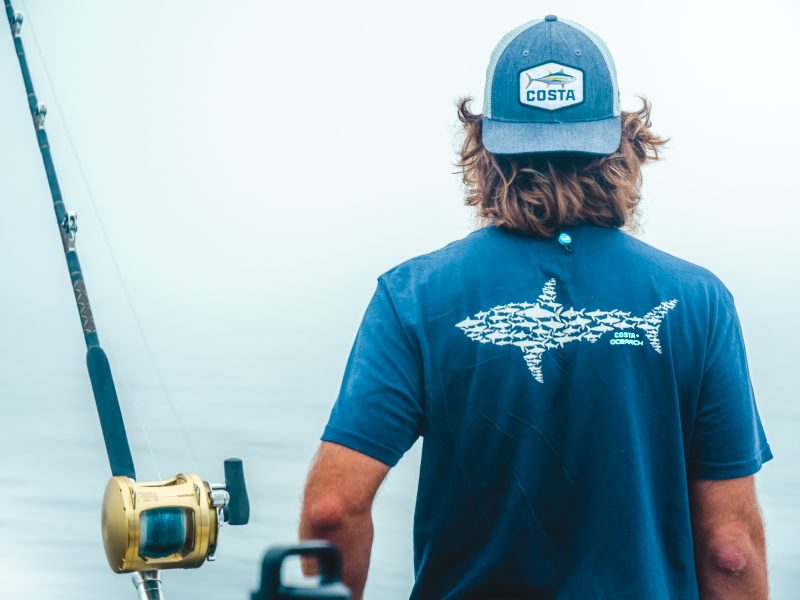 “You’d think this would be the downtime, but I’m on edge whenever the baits are out.”

We’re an hour into a morning of fishing for giant bluefin tuna off Cape Cod, about the time my mind starts to wander to breakfast, but Captain Rob Taylor’s focus is unwavering.

“My heart’s racing the entire time. I know what can happen,” he says.

What can happen is a 112-inch finned torpedo chasing a live bunker to the surface, leaving a crater in the ocean as it takes the bait, locking the angler into a grueling four-hour battle. At least that’s what happened to Rob the previous Sunday.

Rob operates Newport Sportfishing Charters aboard his 35 Terry Jason, the Reel EZ, out of Newport, Rhode Island from May to August, targeting tog, stripers, fluke, sea bass, sharks and tuna. For the month of September he relocates to the South Shore of Massachusetts for fall bluefin tuna fishing. By early October, he’s back in Rhode Island, targeting big blackfish for the remainder of the season. Tog are a big draw for Rob, as fishermen from New Jersey and New York travel to Rhode Island to get a jump on their tog seasons and experience some of the best blackfishing in the Northeast.

I caught my biggest-ever tog with Rob last November, joining a large and growing group of anglers who have decked personal bests aboard the Reel EZ.  Based on the three tuna Rob had landed in his first four days on the Cape this September (all over 100 inches), any fish hooked would likely be my personal-best personal best. 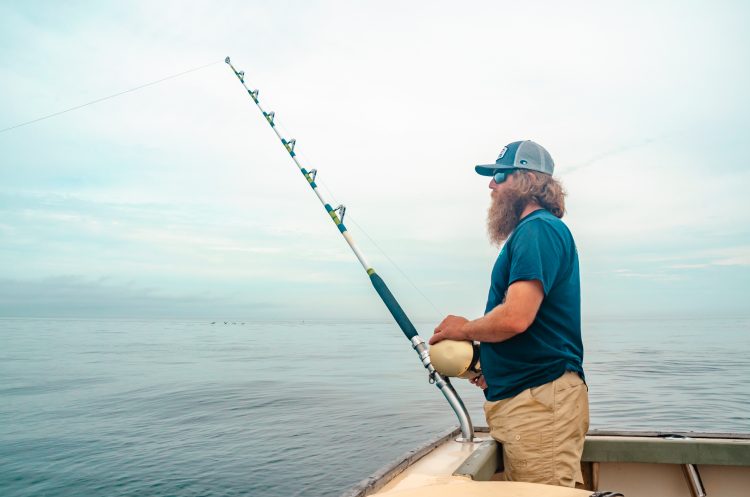 But giant tuna fishing is fickle. Even good days can require hours of waiting for a bite. This is where the less-talked-about asset of any good charter captain comes into play – keeping clients entertained.

Rob has an endless supply of fishing stories sure to impress and shock. Many are from the days when I first met Rob, fishing the surf in Southern New England. Before putting clients on big stripers from his “fiberglass rock” as he once called his boat, Rob made a name for himself by catching jumbo stripers from shore. While many surfcasters are secretive to the point of being alienating, Rob happily shared information, enjoying helping fishermen catch fish even before he started Newport Sportfishing Charters.

Equally entertaining is the banter between Rob and his childhood friend and first mate, Shane Kucala, as the two trade ruthless insults the way only old friends can.

As diverse as the species Rob targets are the methods he uses to target his clients’ favorite species, the striped bass. He starts his season live-living and slow-trolling bunker before moving to the rocky shoreline of Newport, using topwaters, live eels, and tube-and-worm rigs that keep his clients into big bass right through the heart of summer. Last August, Rob had the OTW TV crew aboard to show us just how good the “summer doldrums” could be.

The balloons dance at the limit of our visibility as the dense fog refuses to lift. Despite the hazy conditions, Rob sports a pair of Costa Del Mar polarized sunglasses fitted with the Sunrise Silver Mirror lens, designed specifically for days like this. While a bite could come at anytime, the odds are best around slack tide. Our first slack will be around lunchtime, and if we don’t catch a tuna by then, we’ll fish through the second one at dinnertime.

Over the decade or so I’ve fished with Rob, we’ve targeted everything from yellow perch to giant tuna together, and I’ve always been impressed by his passion for each and every type of fishing. His excitement at seeing the red boomerangs of tuna on his fishfinder is matched by his enthusiams for seeing the much smaller marks made by perch and panfish on the portable ice-fishing fishfinder. You get the impression that his favorite fish is whatever one he’s targeting that day – somewhere beyond that is probably a deeper philosophy about living in the moment.

Breakfast turns to lunch and the fog lifts to reveal a fleet that is an order of magnitude larger than the previous days, indicating that word of the fishing had gotten out.  Based on the radio chatter, a few tuna are hooked, but most are lost. I send a text to my wife letting her know I won’t be home for dinner. Rob’s focus has yet to waver. He relocates the boat, secures more live baits, and adds a rod to the spread, certain that every adjustment could be the one that gets the bite. And  that certainty is contagious.

We watch the balloons into the dark, but our number doesn’t get called. We’re the last boat to pull in the lines as Rob points the Reel EZ toward its temporary home in Plymouth Harbor, but the mood onboard is just as upbeat and optimistic as it’s been all day. Talk turns to all the trips yet to come – how he’s expecting his best tog season yet, thanks to his addition of a spot-locking 87-inch Minn Kota trolling motor; how he’s hoping for a long ice-fishing season in Maine; and how he’s looking forward to the return of the stripers next spring. 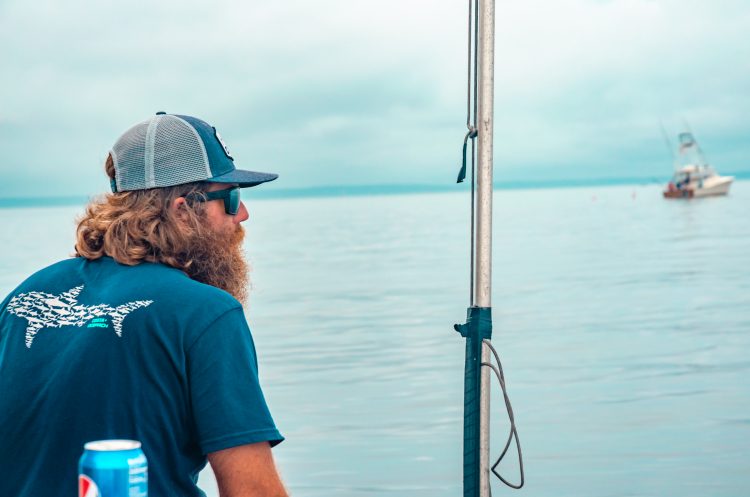