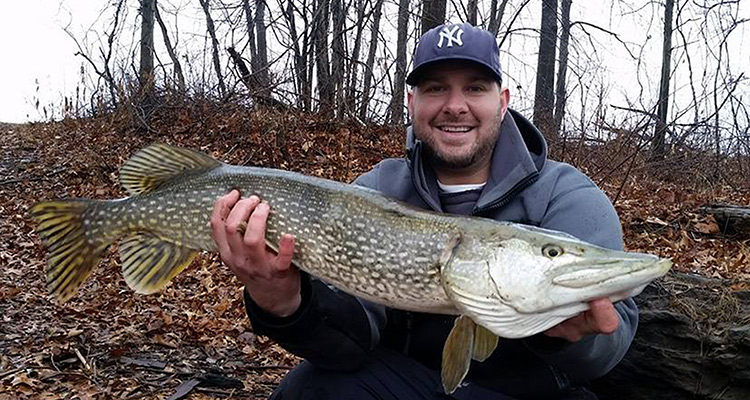 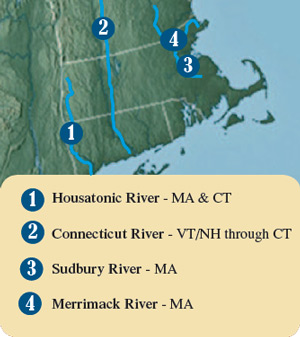 Every year, when the trees change and the shallows cool, the pike parade begins. Big northerns move from their summer hangouts in deeper water to backwater coves and weed lines to take advantage of abundant fall forage. Action usually picks up in the rivers earlier than lakes, as the shallow river water cools faster in the fall. Cooler flows from confluences with smaller rivers will also draw in pike from deeper water.

Look for healthy, thick weeds that provide well-oxygenated water and ambush points. Pike are toothy critters that can swim up to seven feet per second and will attack offerings up to half their size. The bait can almost never be too large when you’re hunting for a 40-inch pike.

To mimic the large forage fish that big pike are hunting in the fall, use a jointed stickbait, a spinnerbait, or a large flashy spoon. Or, tempt a pike with a natural bait: large suckers, shiners, or fallfish under floats are deadly. Although pike have a well-deserved reputation for being aggressive, they will also scavenge dead baits off the bottom, especially as the water gets colder.