The next free fishing day in the Empire State is Friday, Nov. 11 – Veteran’s Day. This one is dedicated to men and women who have served our country, but everyone gets to celebrate this special day by allowing everyone to go fishing for free on this day. However, the rules and regulations for the body of water you intend to fish must be adhered to. You can find out more details at dec.ny.gov. Now is a good time to make your plans to fish a Great Lakes tributary, the Niagara River, an inland stream or lake. Take a veteran with you to share your passion. Bring along a friend or family member to show why sportfishing is one of the nation’s most popular outdoor activities.

Lisa Drabczyk with Creek Road Bait and Tackle reports that one of the hotspots this past week was the Artpark drift off Lewiston in the lower Niagara River. Shore casters are using chartreuse 10 mm beads from both boat and shore. Boats have been drifting Kwikfish, MagLips, and fishing live bait like minnows. A few perch are still being caught off the sand docks, and walleye and bass are an option downriver near Fort Niagara. Mike Ziehm of Niagara Falls says that the water visibility is about 7 to 8 feet right now with no real wind and heavy rain in sight. The salmon bite has slowed up. Kings and Cohos are dropping loose eggs now. He landed two kings in Artpark this week where he’s been spending most of his time now as water levels above the power plant are at what seems to be all time lows. Ziehm is still catching a few kings, a few bass and managed a steelhead and a brown trout recently. He also catches a good number of lake trout, all with his homemade No. 4 spinners in whites and chartreuse despite the clear water. Fish have moved out further now and natural baits such as whites, grays, silk, chartreuse and blue are still effective and will get you fish, Ziehm insists.

Above Niagara Falls in the upper river, Capt. Chris Cinelli of Grand Island reports decent action on bass and muskies. He is hooking, on average, one musky per outing. Water temperatures are still a little warm and the best is yet to come. However, good to very good bass fishing has been filling in the gaps, especially around Strawberry Island and in the East River with big golden shiners.

Karen Evarts at the Boat Doctors in Olcott reports that fishing is hot at Burt Dam right now. Good numbers of kings, browns, and some steelhead are being caught. There are also quite a few fishermen taking advantage of the fishing. Wooly buggers, and egg sacs are the top baits. Orange, pinks, blues, and whites have been the hot colors the last couple days. Olcott Harbor has fish jumping all over, too. Not much boat traffic. The piers are still producing salmon and trout early in the morning and at night. Keg Creek is still dry, as are some of the other smaller tributaries. 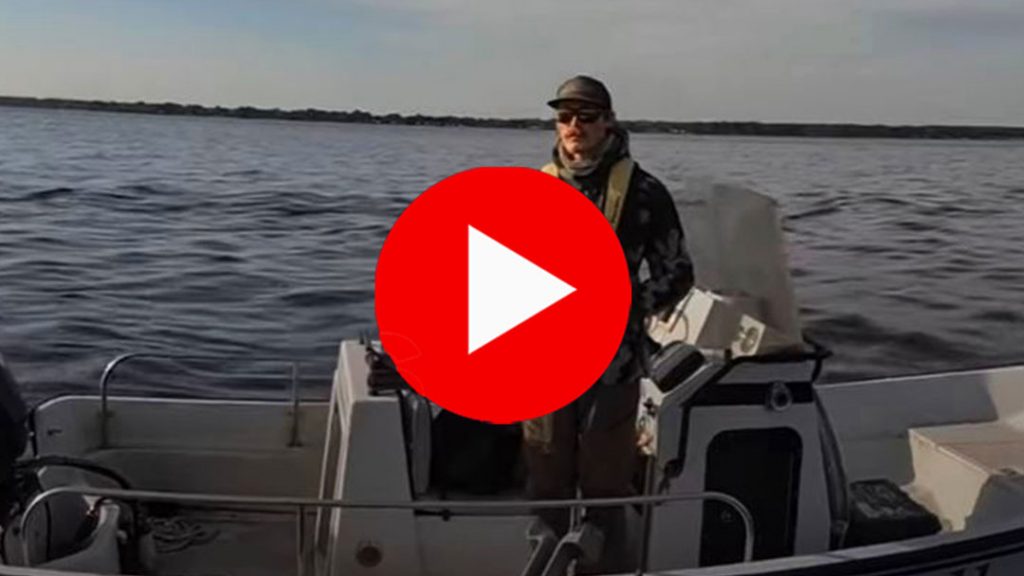 The following “hot bites” are for late fall until ice fishing season:

2. Perch:
Jacks, jumbos, and slobs. Find a school and it’s “game on!” Nothing is more central New York than fall perch fishing on Oneida Lake. The 50 perch limit is very common. Check the weed edges and deep drop offs. For baits, our “go-tos” are minnows, worms, jigs, micro plastics.

3. Smallmouth Bass:
You can use similar baits as walleye, but also add crawfish baits to the list. Smallies are typically on minnows and craws. They hunt in packs, catch one and there’s bound to be others in the area. 6+ pounders in Oneida Lake will test your tackle to the max, so be prepared!

Steelhead have entered the river in big numbers this past week! We’ve heard good reports from the DSR all the way to the lower fly zone.

Most fish are being found in the faster water. The heads of pools and transition water has been holding the most.

The best baits have been egg imitations in a variety of colors, with naturals performing the best. But don’t overlook an out of the box color like chartreuse. Trick’em, trout beads, and soft beads are all good choices.

When fly fishing target the faster riffle water with egg patterns or beads. Don’t be afraid to mix it up with a pink squirmy. Popular flies include: glo bugs, comets and Eztaz. Cheese, orange, magenta and chartreuse are all popular choices.

Fishing on the Oswego has been very good to those putting in their time. Trout have shown up in decent numbers and salmon are still being taken by the falls. But anglers fishing the flats have been having the most success. Find the deeper pockets and you will find fish.

The flows are at a low level, allowing anglers to access all of the river. Those heading back from the Dam have reported seeing more fish than last week. Fishing from the wall has been lacking this week considering the minimal flows.

Popular baits are the same as used on the salmon river when fishing the shallow waters. Anglers having done best by targeting the fast water fishing single egg imitators such as beads and single egg pattern flies.

Low water in the lake and no flow in the streams has hurt the angling season for stream fishing. There are some small tribs that are opened to the lake.

Salmon Creek in Pultneyville has browns and some steelhead. There is limited public access across from the restaurant.

You can also try at Hughes’ Marina which is a mile east of Pultneyville on Lake Road. You’ll need to throw-out bright beads or egg sacs.

If you have a small boat still in the water, you can fish the shoreline of Lake Ontario. Troll in 15 fow near the Sodus Channel or in 15 to 20 fow next to the Pultneyville harbor. The browns have been hitting spoons.

Some small perch were caught on the east side of Port Bay using Charlie Brewer sliders…bright yellow with 4 spikes tipped at the end.

Bass season ends the end of this month, November 30th. Currently the bass are in the shallow ends of Sodus and Port Bays.

The perch will start to bite when the water temperatures get below 50 degrees.

Use the north end DEC ramp for Port Bay. The road is bumpy so take it slow.

On Sodus Bay, Bay Bridge Sport Shop located at the south end, has a good launch.

One of the bass anglers was out at sunrise next to the Port Gibson bridge. While the rest of the canal is drained the region of Widewaters does not lower its water. It’s a great place to catch bass and panfish.

Welcome to November and better brown trout chances! And really – you may not want to give up completely on salmon efforts just yet. There’s still good numbers of fish higher in the Oak watercourse nearer the dam. Many still in good green shape with some old moldies now on Halloween zombie patrol downstream. Fishing pressure not bad, as mentioned above we may be in a bit of a lull between ending salmon efforts and starting brown trout efforts.

Flows yesterday in the AM were down but did rebound nicely to the mod or almost med flows we’ve had this season. Nice to see most all flows now contained in the turbine channel. Some forecasted showers that for once turned into more like rainstorms yesterday and today have brought along that nice gloom for fish migrations, but probably will not change any trib flows much. Reports of lowering flows in Johnson Creek – and we are unsure why? Canal feed should be continued there so if we find out any intel for that we will pass along.

Warm weather forecasted to prevail all week and warmer yet for the upcoming weekend around 70°F. When it cools down eventually its going to feel downright chilly. Anglers are finding it an up year for Atlantics and cohos. Guys are getting hook ups daily. Not a lot of steelhead mentioned yet, but still plenty of time with colder weather ahead to bring on some chrome migrations. Brown trout reports still about 50% good/50% slow. Some guys reported a good push of browns yesterday on both the Oak and Sandy. Today seems slower again for some. Those fish are there somewhere and its likely not in the same old downstream water but probably upstream nearer where Kings are concentrated.