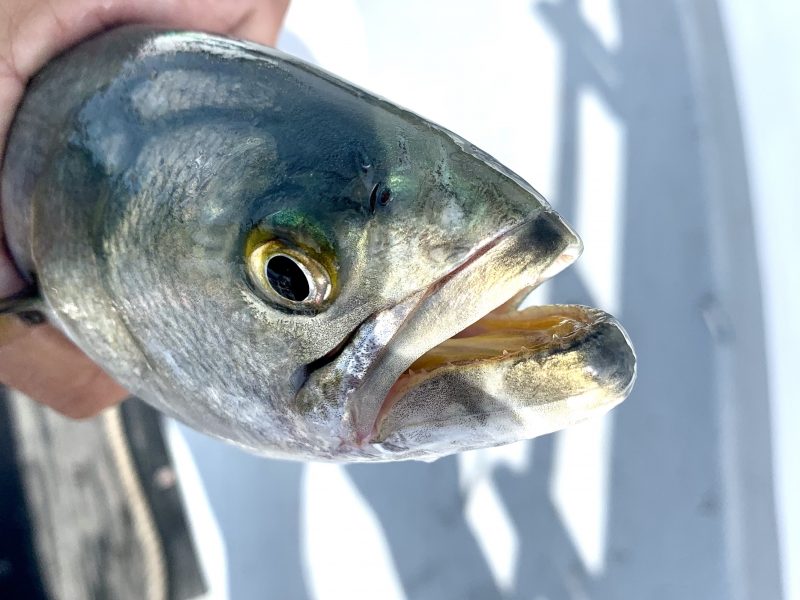 It was a tougher week on the fishing front as we had some strong south winds which chilled down the incoming tides and ocean temperatures. Divers reported bottom temperatures as low as 49 degrees this past week. Anglers looking for sea bass on the wrecks found a slower bite and even quite a few ling, so you know the water is cold.  Fluke in the bays have been spotty on the bite as some areas are having a 20 degree temperature swing in a given tide. The offshore canyons are producing yellowfin, bigeye, and mahi with regularity. Hopefully we get some favorable winds this upcoming week to help our local flounder bite.

Hook House Bait & Tackle in Toms River had good reports of lots of crabs being caught on both sides of Barnegat bay. Fresh bunker has worked the best in traps or on hand-lines worked around some of the marshes.  Fluke fishing has been relatively slow down the Barnegat way, but better along the beaches for the surf fisherman and north for the boats.

Lacey Marine in Forked River said the fluke fishing in the bay has slowed down tremendously with lots of warm water and big temperature swings on the incoming. The sea lettuce has been very bad this year.  Anglers working the ocean are picking at a few at the reef sites, but it is still relatively slow. Crabbing has been on fire with 40+ catches in as little as 2 hours around the back sods and marshes. The offshore action had nice yellowfin being caught from 15 to 60 miles out.

Jerzey Buoyz Sportfishing reported a slower week on the fishing front as the crew was held to the dock with the windy conditions. Capt. Jason hopes to be out this coming weekend.

Creekside Outfitters in Waretown had slow reports on the bay fluke front from anglers with a few keepers caught, but Liza said Barnegat Bay has been hampered with churned-up water and lots of sea lettuce.  Crabbing and clamming has been excellent around some of the muddier spots.  Yellowfin tuna are being caught from the mid-ranges to the canyons along with some nice mahi. Barnegat bay is finally starting to see some decent blowfish action and double chum pots is the way to get the bite started.

Reel Reaction Sportfishing out of Waretown worked the tough bay conditions this past week to average 20- to 28-short fish per 4-hour trip while putting up to 5 keepers in the box.  The skipper has been working salted baits and S&S Bigeyes to put most of the fish in the box.  They did hit the ocean for a quick 4-man limit of sea bass and a few ling.

The Super Chic out of Barnegat Light worked the reef sites and open bottom during the past week, but Capt. Ted said ocean fluking has been rather slow due to the cold bottom temperatures.  One of the local divers had bottom temperatures hovering at the 50 degree mark and this is making fluke and sea bass slower on the bite.

Tony’s Bait & Tackle in Manahawkin had better reports from the southern and deeper reef sites such as Atlantic City reef for fluke and sea bass. Areas closer to Barnegat Inlet have been slower on fluke, but decent on small bluefish and striped bass due to the cold water. Surf fisherman off Long Beach Island have reported a decent number of short fluke and some kingfish. Canyon action has been fairly decent for yellowfin and mahi and anglers reported yellowfin as close as the Barnegat Ridge.

Tackle Direct in Egg Harbor City reported decent fishing offshore with lots of yellowfin, mahi, and even some billfish at the canyons.  There have been some reports of cobia at the midshore ridges from a few regulars that stopped by the shop.  Fluke fishing has been fair with some nice days on the ocean, but it’s been a little tougher in the backwaters.  The deeper channels and areas around the bridges are the best spots to hit.

Tight Lines Bait & Tackle in Somers Point said anglers are still getting a good amount of sheepshead on sand crabs around the local bridges and pilings.  There are also lots of tautog bycatch which are out of season, but still take the sheepshead offerings. Fluke fishing has been decent off the surf and around the inlets, but much slower in the warmer backwaters.  The fishing out front at the wrecks and reefs has begun to pick up.  Small striped bass and some nice weakfish have been caught around the bridges at night.

Badfish Charters in Ocean City has been working parts of the oceanfront when the skipper can make it out due to the winds.  The bay areas have been fairly decent for striped bass, weakfish, flounder and even some sheepshead.

The Cape May and Wildwood areas has been pretty good for fishing as I received a report from Cape May Bait & Tackle.  The area party boats are reporting good catches of summer flounder, sea bass and triggerfish at the local reef sites. Anglers working the suds have been catching a fair amount of kingfish, croakers, and weakfish along the Cape May beaches. 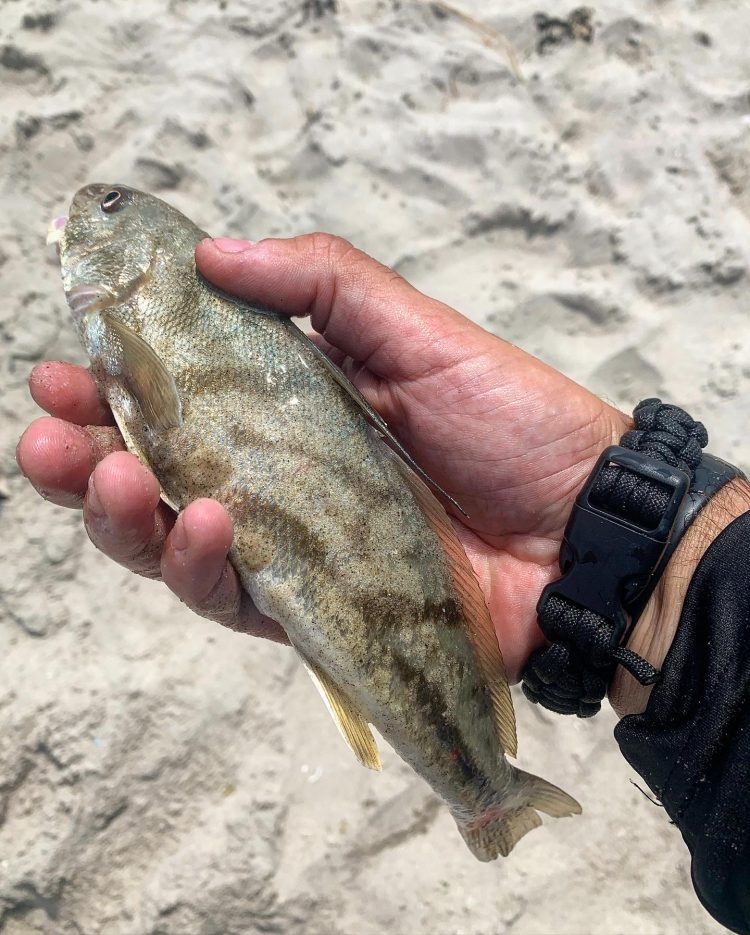 Early morning has been the best time to head out and fishbites, night crawlers, and clams are working. Bucktails in the shallows and along the beachfront has been the ticket for flounder. Boaters reported Spanish mackerel and snapper blues on the 5-fathom bank while trolling small metals such as clark spoons. The offshore canyons have been holding a good number of yellowfin and bigeye tuna along with some mahi.

Want to get in on the bite? Find an OTW-approved Charter Fishing Captain in New Jersey!

The best bet for the weekend will be to hit the offshore grounds as the tuna and mahi bite has been very hot.  Anglers should look to troll, chunk, and jig in the 20 to canyon mile range.  A few of the shops said to start looking for whale or porpoise life around the 20 to 30 mile mark as quite a few patrons reported yellowfin in the area.  Anglers working the canyons have been finding good action on the chunk and the pots or floating debris are holding mahi with consistency.  If your tied to land, there are still lots of good options for the weekend.  The surf zone has been alive with some flounder, kingfish, and small bluefish.  Good Luck, Be Safe, and Tight Lines!