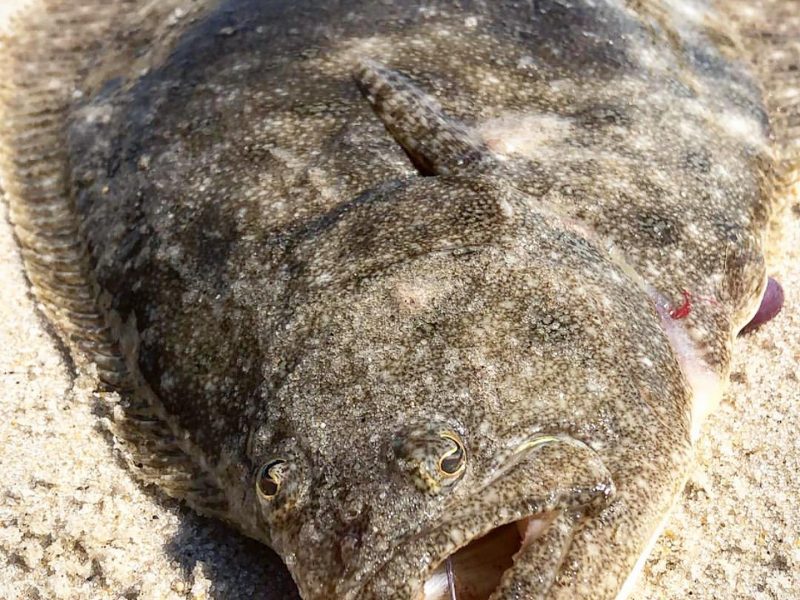 It was another fantastic week on the fishing front as the sea bass season has been absolutely awesome for anglers making further runs. The 15- to 30-mile wrecks are producing lots of bigger sea bass and quick limits with an hour of being on the wreck. Clam baits and jig baits have been working for the species. Flounder fishing from Island Beach to Cape May seems to be on-fire in most areas with anglers easily getting there overs, but having to work for those slot fish with the 1-inch differential. There were several reports on social media of very good thresher shark action a few miles off the beaches from Long Beach Island to Atlantic City.

Hook House Bait & Tackle in Toms River received excellent fishing reports from Island Beach State Park with striped bass, bluefish, fluke, and even some weakfish being landed. Anglers working the deeper holes with jigs or bucktails have been finding the best action. The backside of IBSP has had some early morning bluefish and striped bass action. The west parts of Barnegat bay had good amounts of blueclaws, especially around some of the sod banks.

Lacey Marine in Forked River reported solid fluke action from the BI to 42 areas and striped bass action off the inlet jetty for fish in the 24- to 28-inch range. There have been several bluefish and weakfish caught off the south jetty of Barnegat Inlet on small bucktails tipped with soft plastic worms. Anglers hitting the 30- to 50-mile ranges have been finding isolated schools of bluefin with some big ones in the mix. Canyon action has just begun with several Barnegat Light boats reported yellowfin action on the edges.


Jerzey Buoyz Sportfishing had another good week on the sea bass front with boat limits as the skipper has been running deep. With the season about to change, the boat will be focusing on nearshore pelagics or striped bass, so give them a call.

Creekside Outfitters in Waretown had good reports of the fluke biting over the weekend in the usual spots – BB to BI, Oyster Creek, and Double Creek channels. The skirted jigheads tipped with bluefish strips or squid have been working the best. Crabbing has started on top of the strawberry moon and should get much better as the tides subside.  Offshore sea bass has been excellent with boats running 20- to 30-miles to find quality fish.

Reel Reaction Sportfishing out of Waretown worked another busy week with multiple weekday trips. The crew put over 36 keepers in the box between all of the trips with the highest having 11 quality fluke to 6.5 pounds in less than 3 hours. With the skipper finishing his school duties, the charters will be running 2- to 3-trips per day until September 1st.

The Super Chic out of Barnegat Light reported a continued onslaught on offshore sea bass as the boat has caught a few full boat limits. The skipper said they will begin targeting offshore and nearshore pelagics, inshore fluke, or striped bass in the coming weeks.

Tony’s Bait & Tackle in Manahawkin said the crabbing has been pretty good around the western sides of the bay on bunker baits. Flounder fishing remained solid for both ends of Long Beach Island with some southern areas producing better action on fish. The bridges have been producing small striped bass and some weakfish during the night tides. Offshore has begun producing some bluefin and thresher shark action over the past week.

Tackle Direct in Egg Harbor City reported action on pelagic tuna for anglers hitting the canyons and some caught good numbers of yellowfin. Bluefin have been closer to shore and along the northernly lumps. Bayside action has been hot and heavy on flounder, striped bass, and big bluefish around parts of Great Bay. Weakfish are in abundance this year with good reports from Long Beach Island to Sea Isle. Most of the productive weakfish angling has been during the night tides and on pink soft plastics.

Tight Lines Bait & Tackle in Somers Point weighed in striped bass to 15 pounds this week as fish have been caught out front on bunker chunk and clam. The backside of the island has striped bass landed on bloodworm and the shop has lug worms in which just as well. Flounder fishing has been pretty good, especially around the deeper sod banks and bridges. The store is loaded with a few new shipments of gear, so stop in and check them out.

Badfish Charters in Ocean City has been working the bay area for flounder, striped bass, bluefish, and weakfish. The skipper has been on the fish with some trips catching all four species and some nice flounder. The schedule is tight, but Capt. Brian does have some limited availability.

The Cape May and Wildwood areas are experiencing a good back bay bite with squid, Gulp and mackerel strips working well. Striped bass are picking up baits on the night tides with clam, bloodworms, and soft plastics working around the bridged areas. Weakfish were caught along the jetties in Cape May on bloodworms, pink soft plastics, and bucktails tipped with purple worms. The drum bite has begun to wain with the latest moon, but the flood tides have pushed some good striped bass action up on the shallow sods during the evening tides.

The best bet for the weekend and the weather will be to work areas close to shore as it’s supposed to blow hard out of the Northwest. The bays will still be in play for shore-based and small boat anglers for flounder. Barnegat Bay started with blowfish, so there’s another option for anglers over the weekend. Crabbing might be a good option for boaters as the winds will produce no green head or gnat activity and will allow crabbers to get in those “marshy” areas. Good Luck, Be Safe, and Tight Lines!